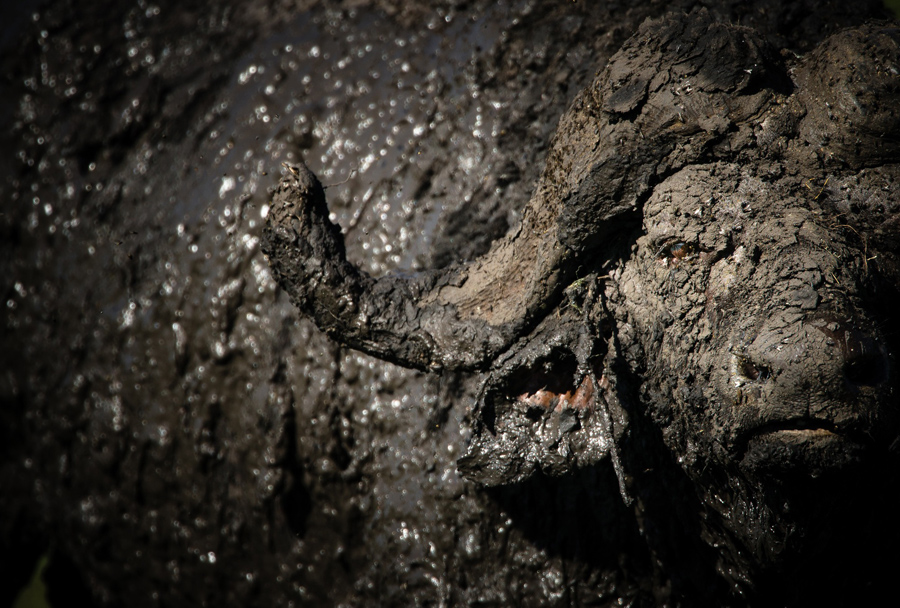 Buffalo Mud Bath.” An African Buffalo full of mud late in the afternoon in the Masai Mara, Kenya. A different portrait for this powerful animal. Chris Schmid 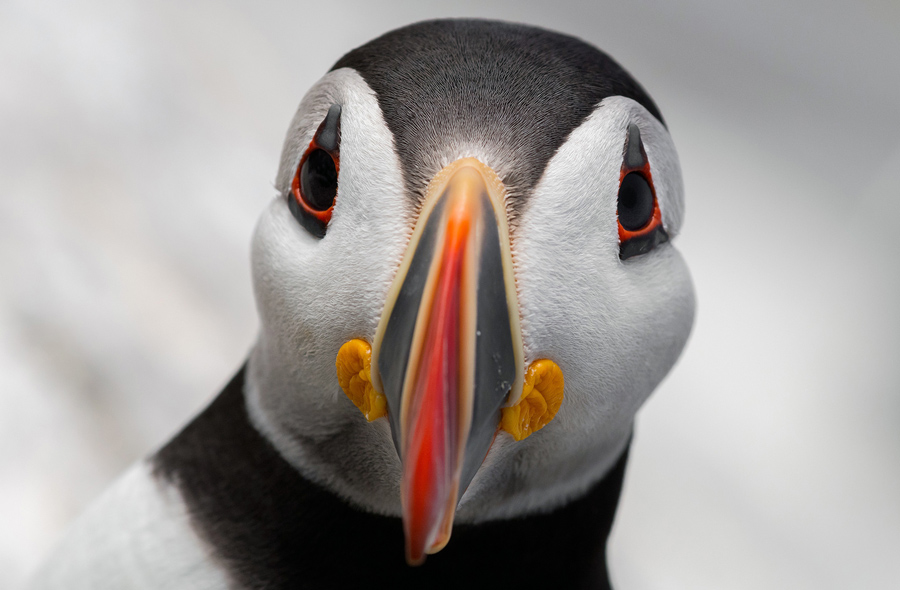 “Atlantic Puffin.” A closeup of an Atlantic Puffin on the protected nesting site of Machias Seal Island, off the coast of Maine. Access to the island is very restricted for the benefit of the puffins. It was an amazing experience to be up so close to these beautiful and unique birds that spend the majority of their lives at sea. Harry Collins 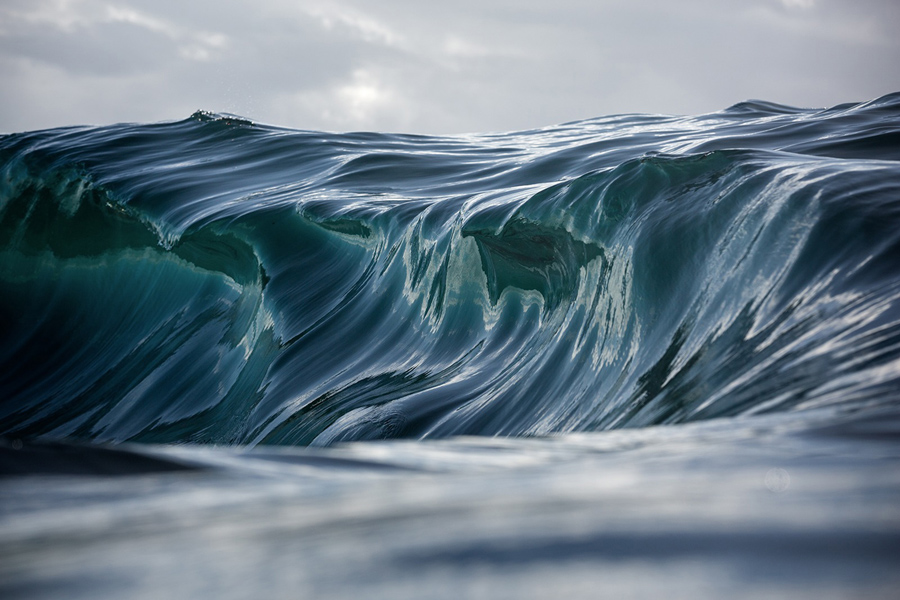 “Congeal.” A jelly-like wave curls in multiple layers over a shallow reef on the New South Wales South Coast, Australia. When there’s no wind on the ocean’s surface, waves can can look like surreal sheets of melting glass. Warren Keelan 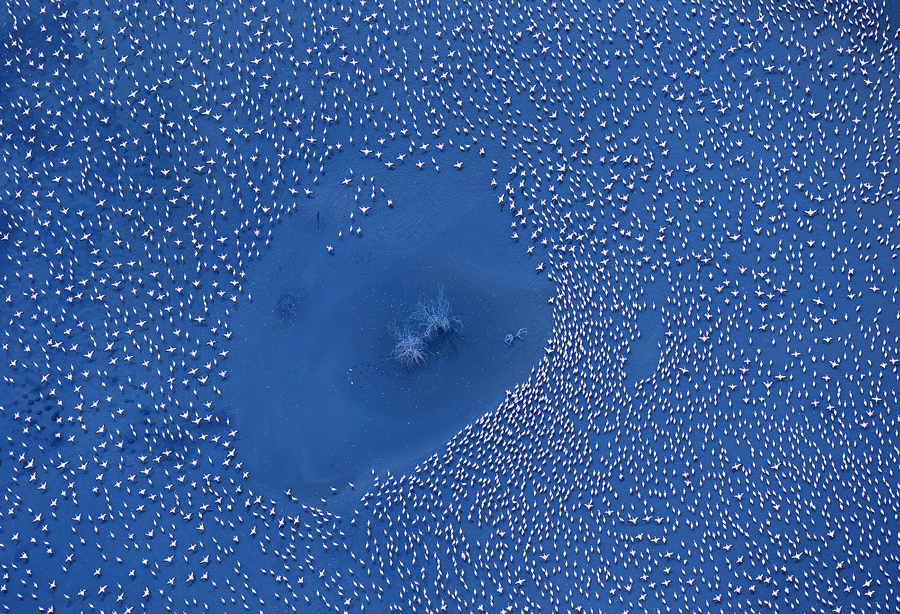 Paradise for Flamingoes 2.” Thousands of flamingoes live in Lake Bogoria [in Kenya] where it’s like paradise for them. Yu Huiping 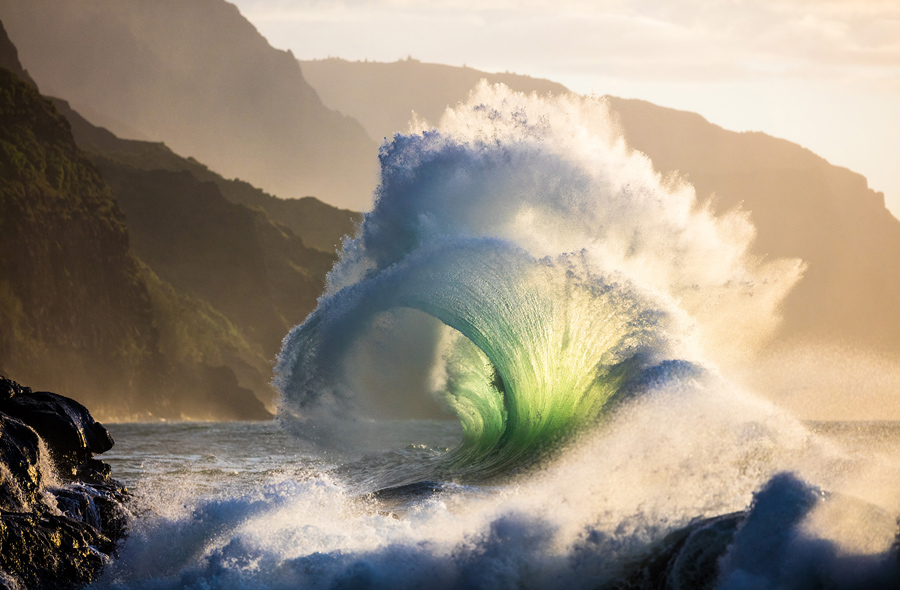 “Pop the Top.” Waves shoot high into the evening air like champagne at a party in a celebration of life and the joy of being in nature. Na Pali Coast, Hawaii. Lee Scott 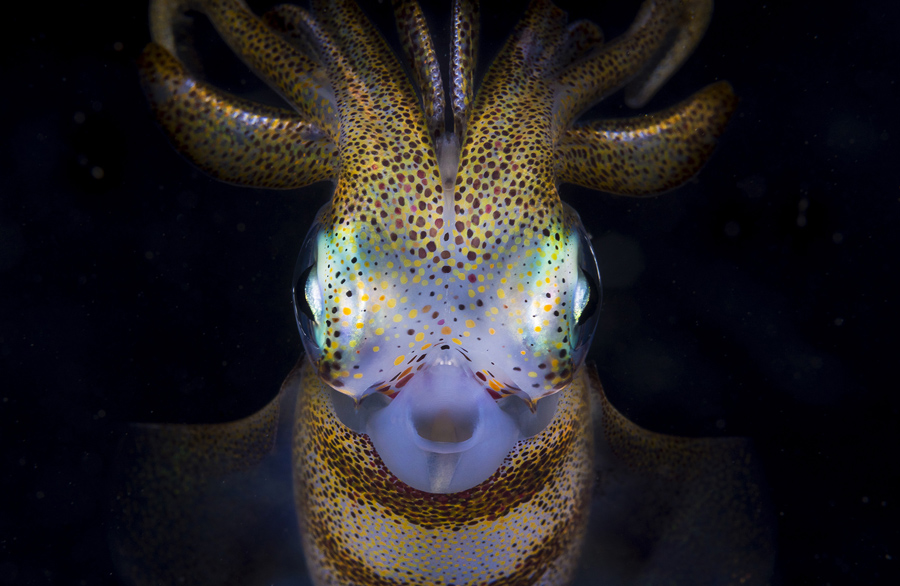 “Celestial Terrestrial #1.” The alien-looking southern calamari squid is native to Australian and New Zealand coastlines. Its dot-painting-like skin patterns are reminiscent of ancient Aboriginal paintings. It took me several weeks of night dives and patience to achieve this unique portrait: When I shot this frame I was elated!! Matthew Smith 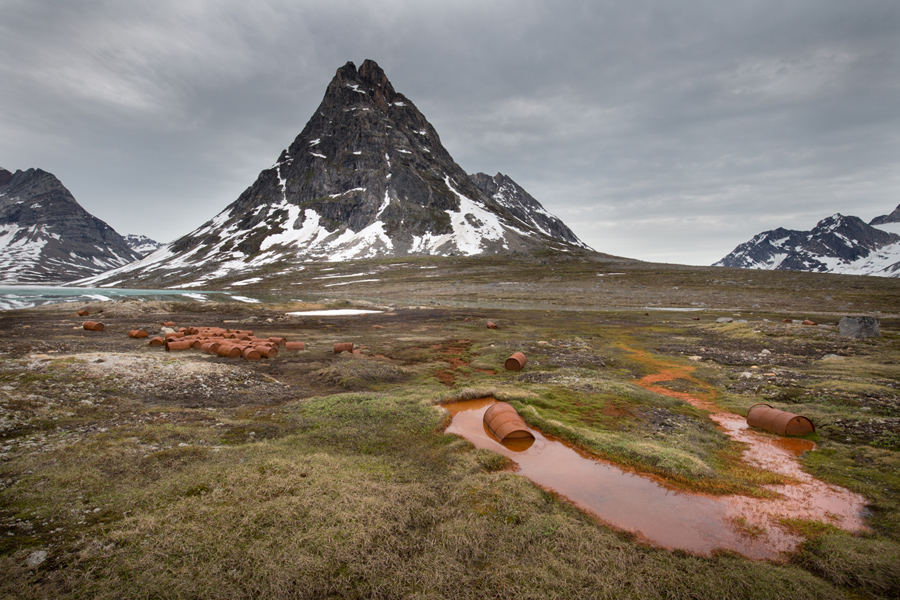 “American Flowers #1.” In Greenland’s pristine landscape lies a US Air Force base which was abandoned in 1947 and everything was left behind: vehicles, asbestos laced structures, and over 10,000 aviation fuel barrels. The Inuits who live in the region call the rusted remains American Flowers. In 2014 and 2015 I camped out solo to photograph it. In 2015 my 5 day solo camping trip turned into 8, as I couldn’t get picked up due to the weather. Ken Bower 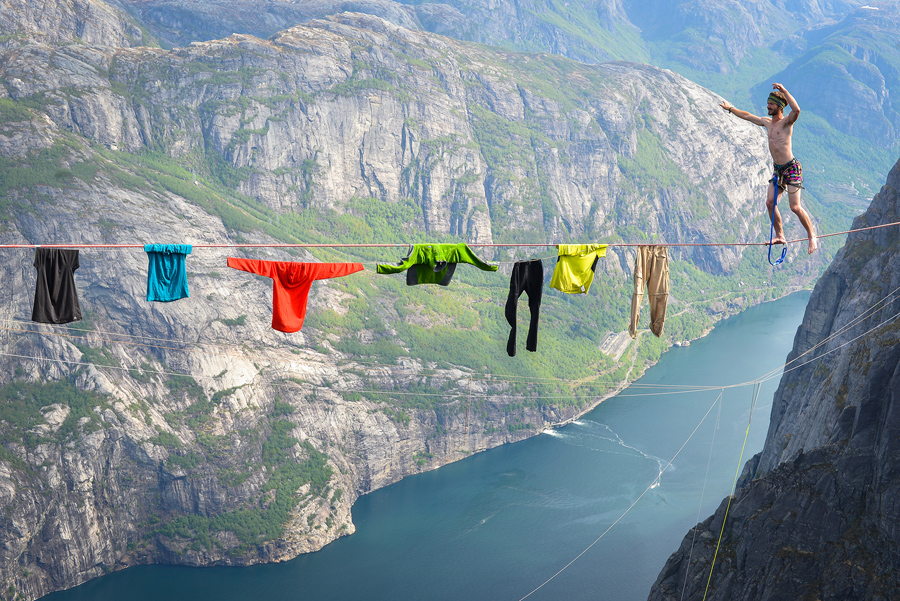 “Washing Highline in Kjerag.” In Norway, above the fjord, Paulo enjoys highlining at 980 meters above the ground, drying some laundry at the same time.  Fred Marie 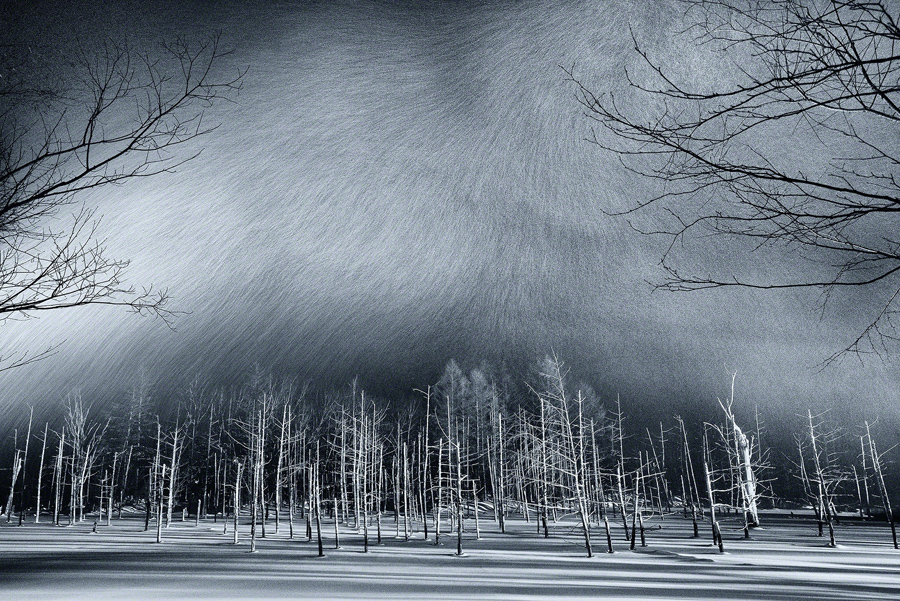 “The Frozen Pond With Snow.” The famous “Blue Pond” in Hokkaido Biei-cho, Japan. The scheduled illumination period for the pond this year will be from November 1, 2016 to February 28, 2017. We, all the residents who are living in Biei town, are expecting more tourists from all over the world coming to visit us this year.  Kent Shiraishi 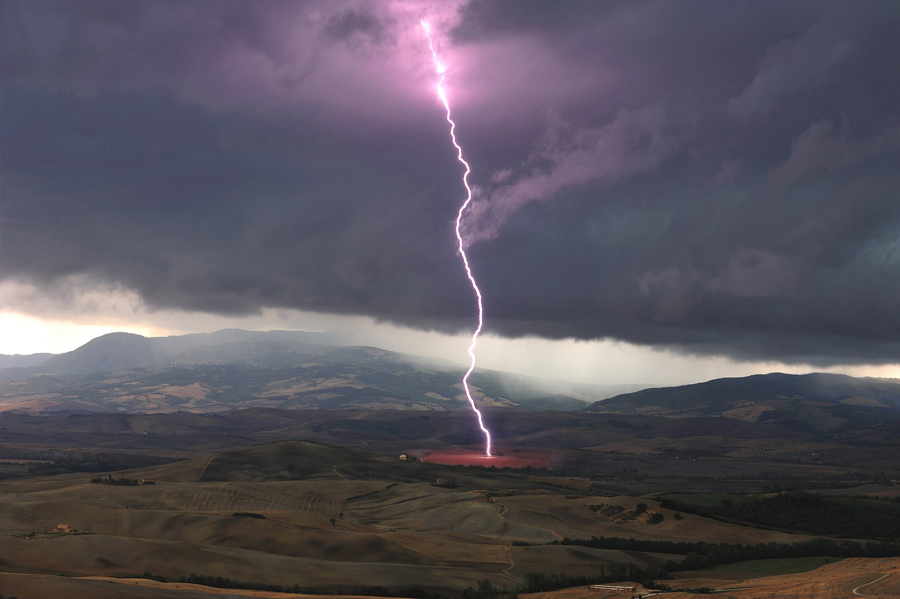 “From Floor to Cloud.” In Pienza, Tuscany, I was waiting for this lightning! Gilbert Fitoussi 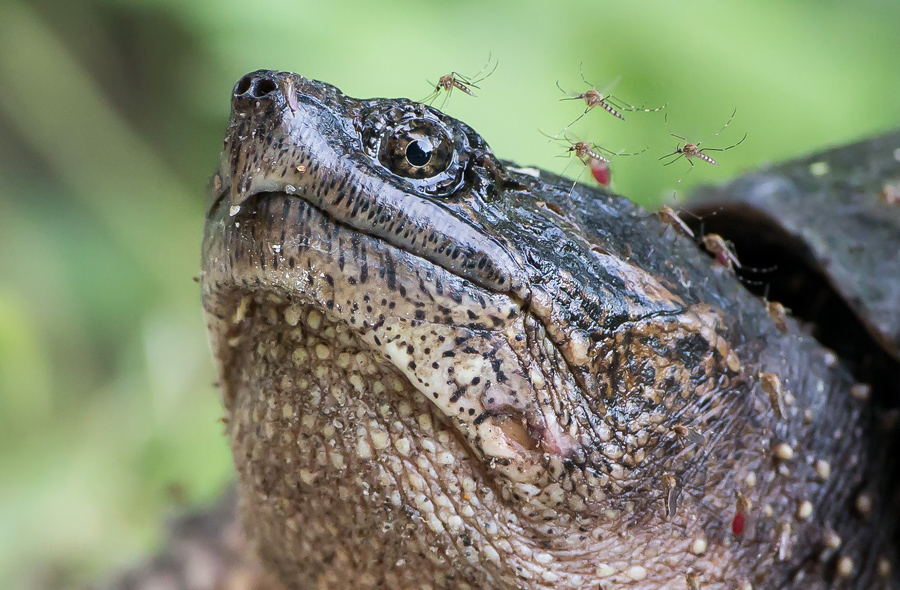 “Skeeter Attack.” A group of mosquitos attack a snapping turtle. Each year, snapping turtles emerge from the wetlands at Bombay Hook NWR in Delaware. The mosquitos are particularly bad in this area and swarm these turtles.  Jerry am Ende 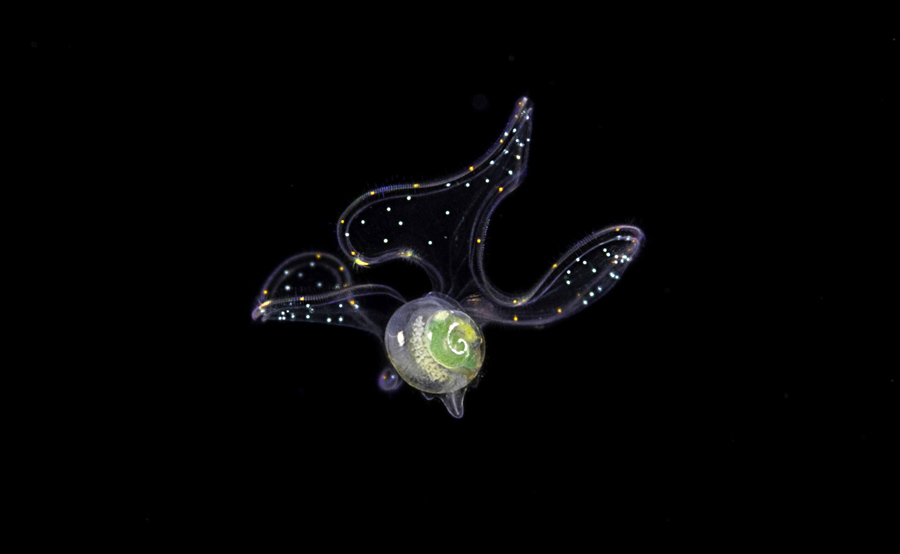 “Microscopic Underwater Butterfly.” Another delicate and beautiful underwater creature that appears during the vertical migration. This is the largest migration on Earth, and it occurs every night in the oceans around the world. Tiny planktonic creatures, larval forms, and pelagic miniatures come up to feed in the dead of night. This photo [was] taken in the Gulf Stream Current off SE Florida, in the Atlantic Ocean.  Suzan Meldonian 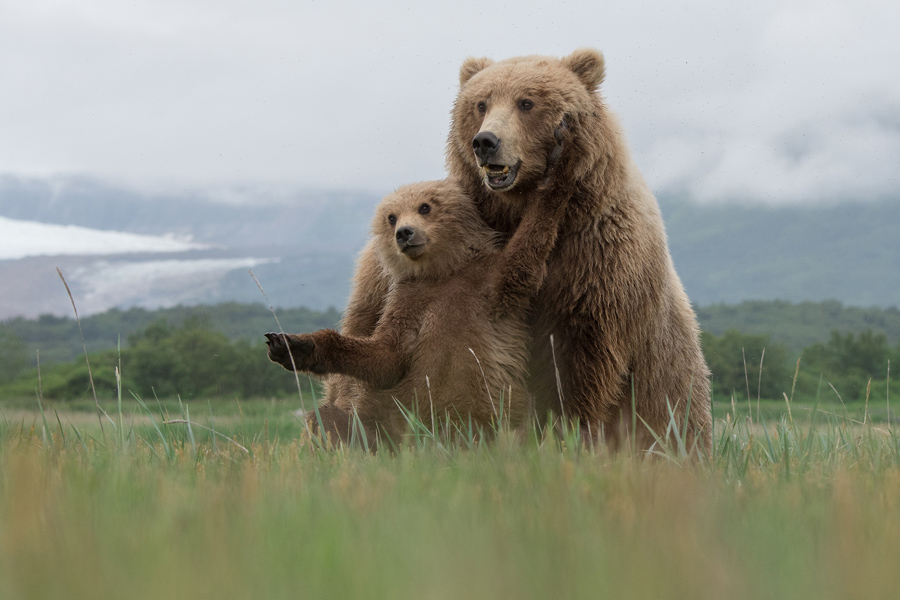 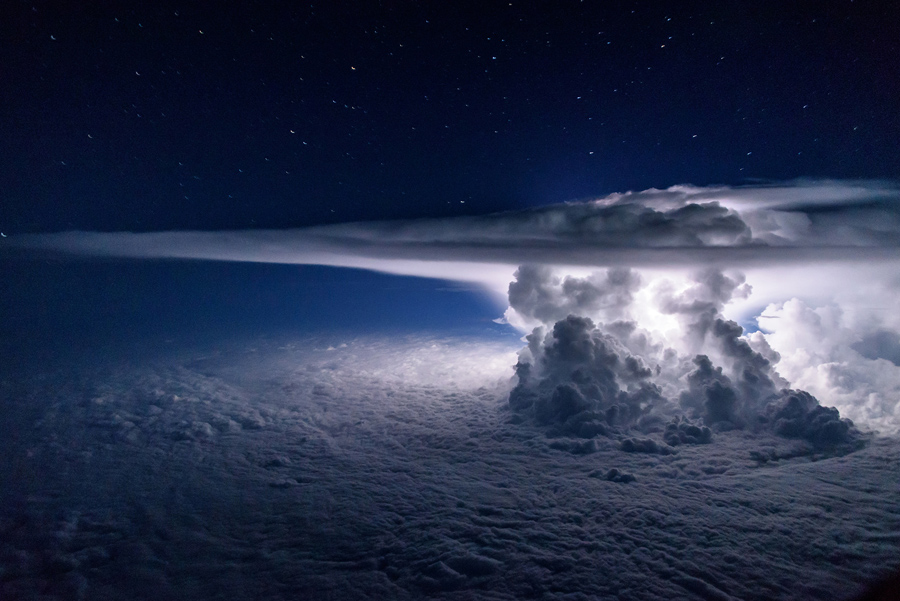 “Pacific Storm.” A colossal cumulonimbus flashes over the Pacific Ocean as we circle around it at 37,000 feet en route to South America.  Santiago Borja

“Territorial Hippo.” I was on a photographic safari in Chobe River, Botswana in April 2016 when I took this image. At this time of the year the water levels are high and herds of hippopotamus share the tributaries. This particular bull was very territorial and liked to mock charge whenever our boat (driven by a qualified local guide) passed his patch of the river on our daily outings. On this occasion, I pre-focussed my 600mm lens and fired a few shots at a safe distance and got this golden hour shot! Sam Kurtul

National Geographic Magazine has opened its annual photo contest, with the deadline for submissions coming up on November 4. The Grand Prize Winner will receive a 10-day trip for two to the Galapagos Islands. The kind folks at National Geographic were once more kind enough to let me choose among the contest entries so far for display here. The captions below were written by the individual photographers