“Bubbles.” A green sea turtle at the surface off the coast of Oahu. I was able to spend the better part of an hour freediving alongside this turtle as it casually grazed on the sea floor below between gulps of air at the surface. © Brett Monroe Garner 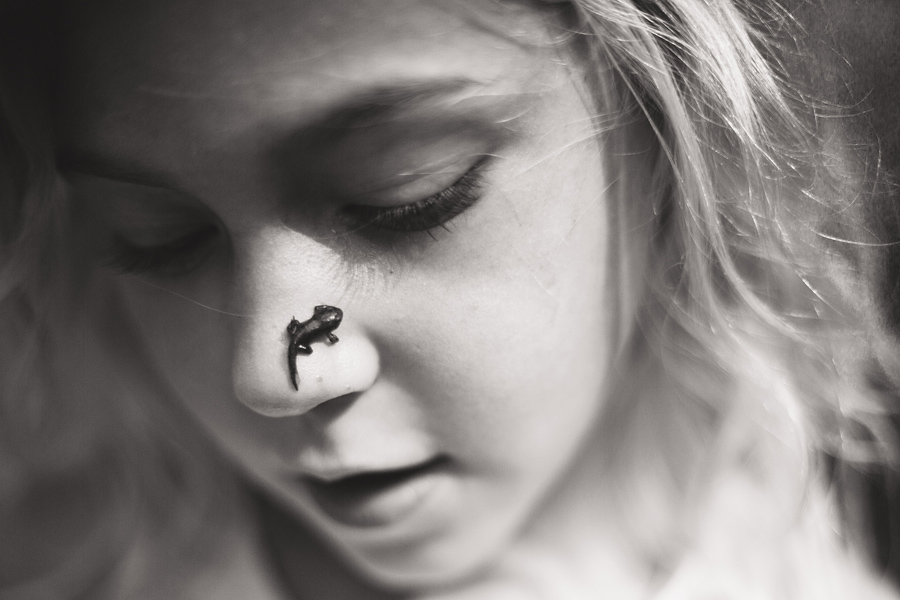 “Tadpole Girl.” The tadpoles that we watched hatch in our mud puddle several weeks before were now hopping. Some of them still had little tails while others seem to have grown out of them. This is my daughter and one of her tadpole friends. For a few days after this, every time we visited our puddle there were tiny toads hopping everywhere. This was the first of many batches of tadpoles that ended up hatching in our mud puddles this past summer due to the large amount of rain we received. © Terra Fondriest 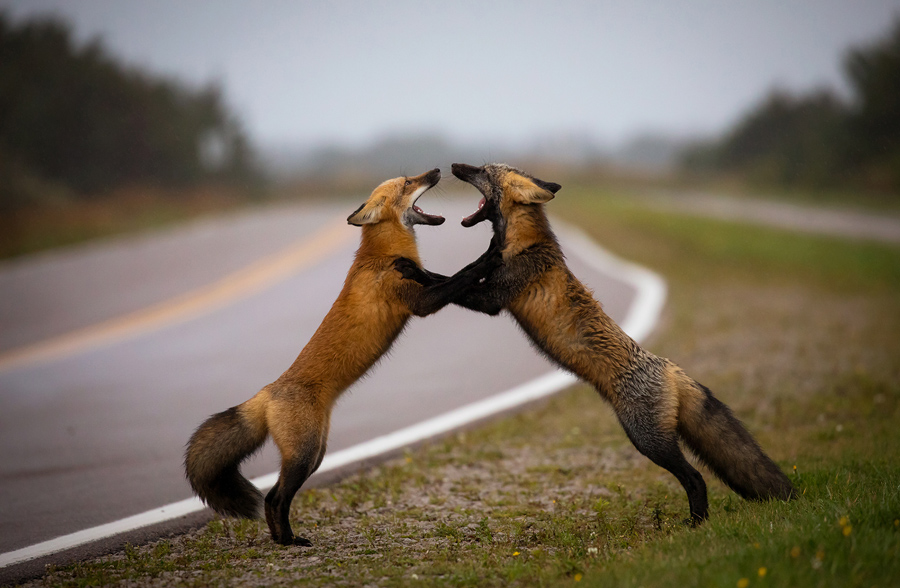 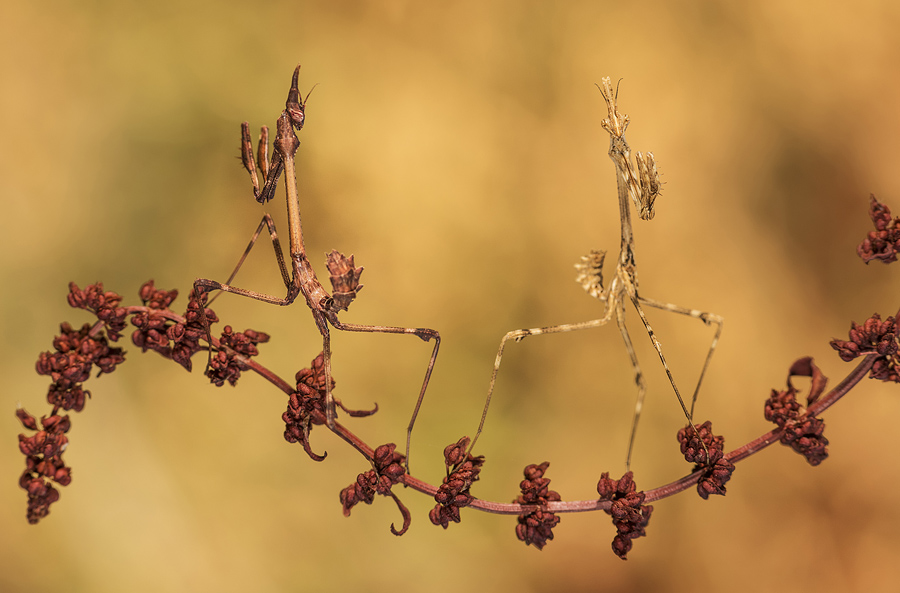 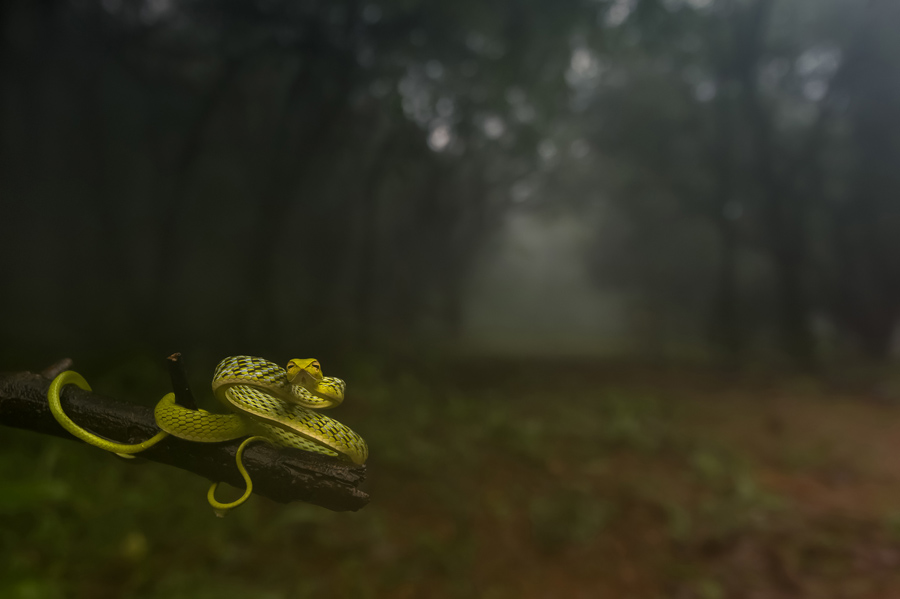 “Dragging you deep into the woods.” A morning stroll into the blissful forest ! Ceaseless drizzles dampening the woods for 12 hours a day; The serene gloom which kept me guessing if it was a night or a day. Heavy fog, chilling breeze and the perennial silence could calm roaring spirits; And there I spotted this beauty, a green vine snake! © Varun Aditya 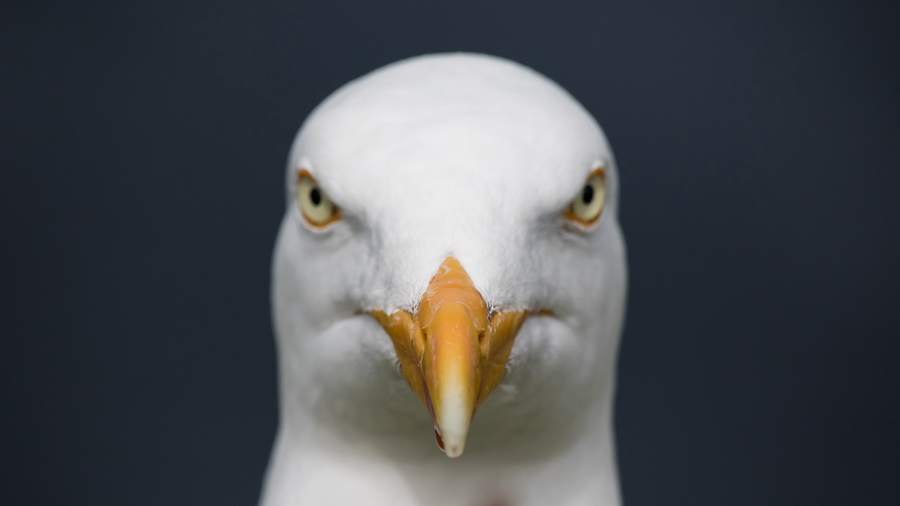 “Herring.” This Herring Gull (Larus argentatus) was not even 2 feet from me that day on Staffa Island, I almost had to step back to be able to focus on its beak the way I wanted. It is a common species yes, but it was still a very very nice encounter for me. © Jonathan Alexandre Guillot 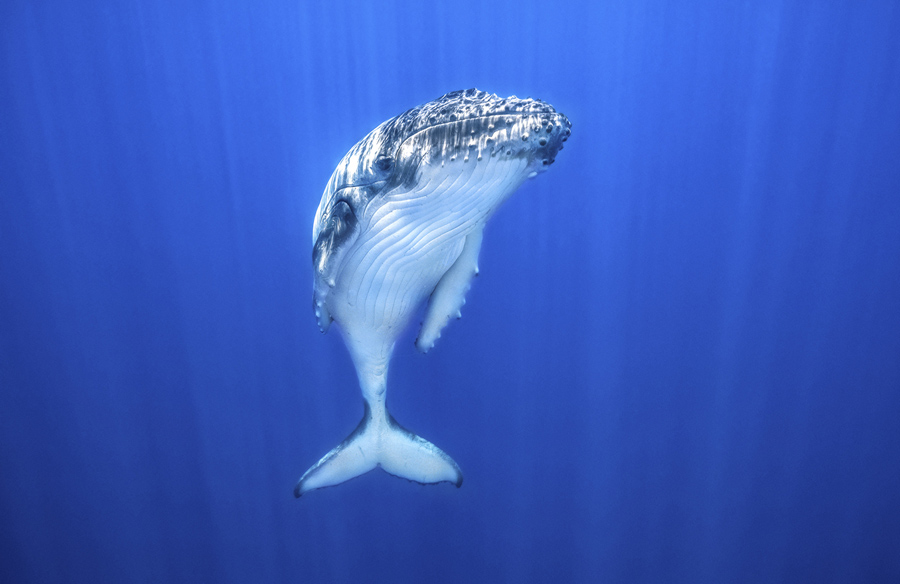 “Curious humpback whale calf .” Early this month I went swimming, snorkeling with humpback whales in Tonga again. One of the locations where they are born and nurse before heading with their mum to their new home Antarctica. This cutie swam right towards me and came to a halt. With this wide angle lens you can imagine how close i was. I couldn’t stop giggling in to my mask as he was just so cute looking at me. I think he asked if i would like to play with him or something. © Rita Kluge 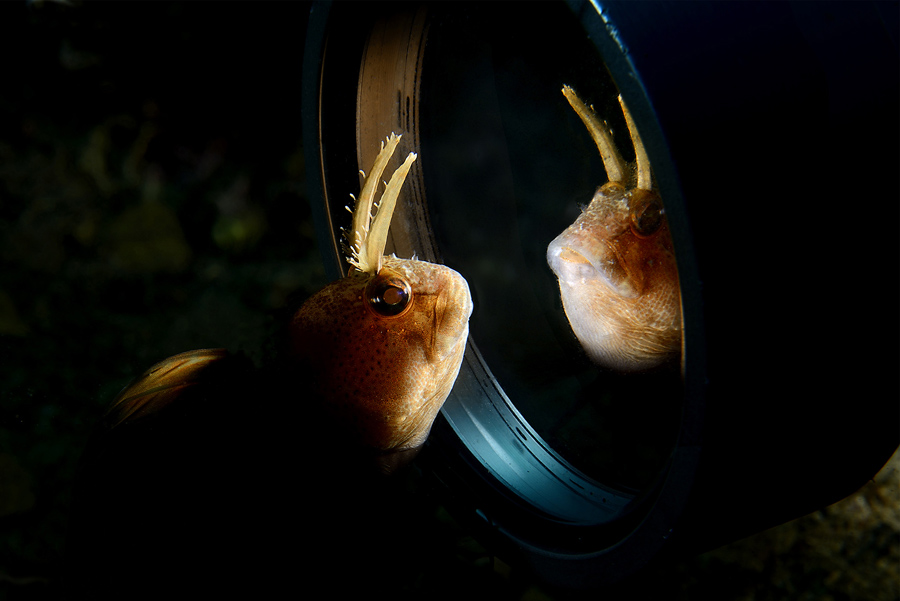 “Mirrored Blenny.” This shot was taken in Northern Adriatic Sea, in the Gulf of Rijeka (Croatia). I had placed a snoot (a cylindrical hood to control lighting) behind the lair of a horned blenny (Parablennius tentacularis) and waited patiently for it to emerge from its den to make them a shot with the backlight technique. Suddenly the blenny was completely out of its hole and went to look at himself in the snoot window to check who this intruder was. © Adriano Morettin 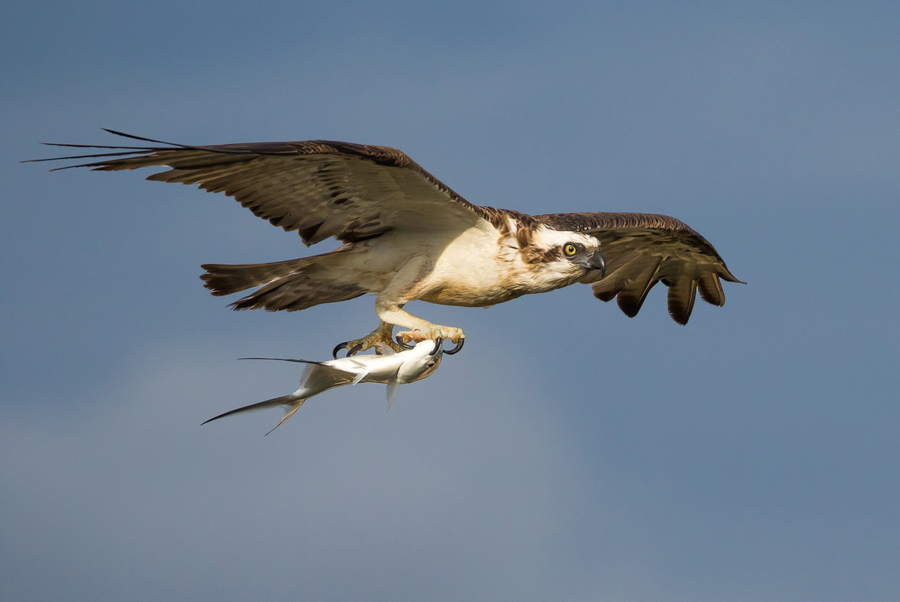 “Good Catch.” This Eastern Osprey (Pandion cristatus) was heading back to his nest with his prize catch (a swallow tail or Trevaly). I have being photographing him for a few months and he appeared to do a circle over head before heading away – he seemed very chuffed with himself! © Sally Hinton 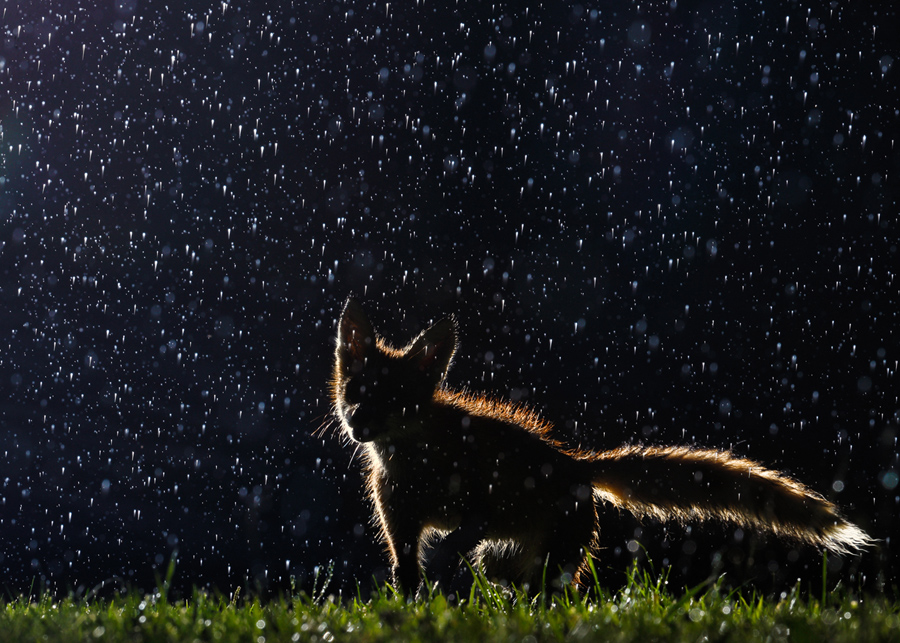 “Dancing in the rain.” Fox caught in action under the rain. © Vladislav Kamenski 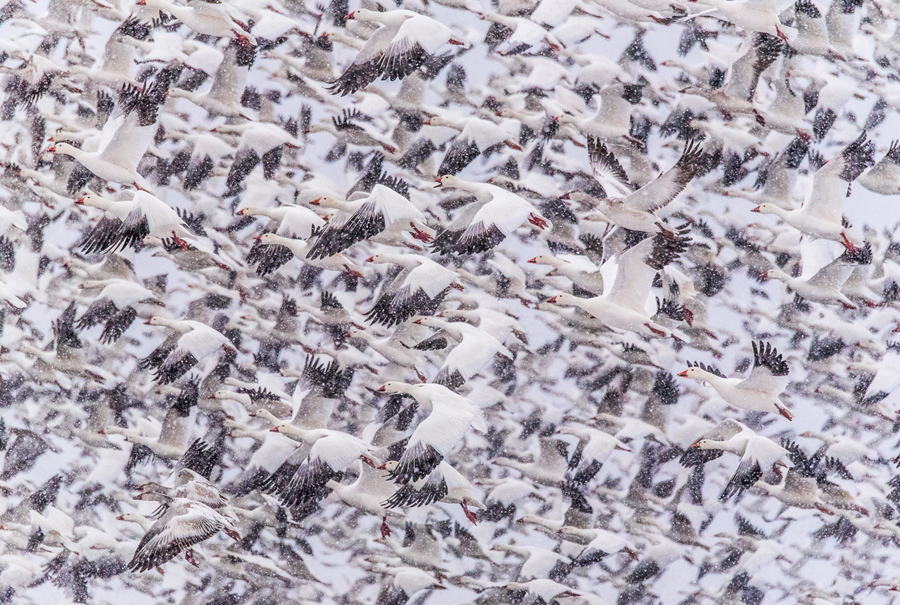 “Rush Hour.” Thousands of snow geese take flight during a snowy morning fly out at Bosque del Apache, New Mexico. It is loud and sounds like a passing train! © Eileen Johnson 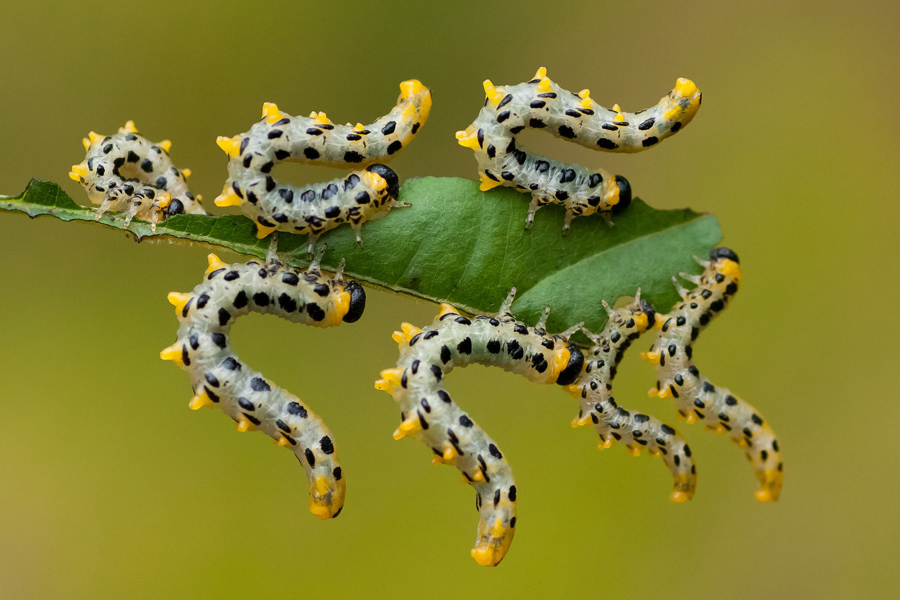 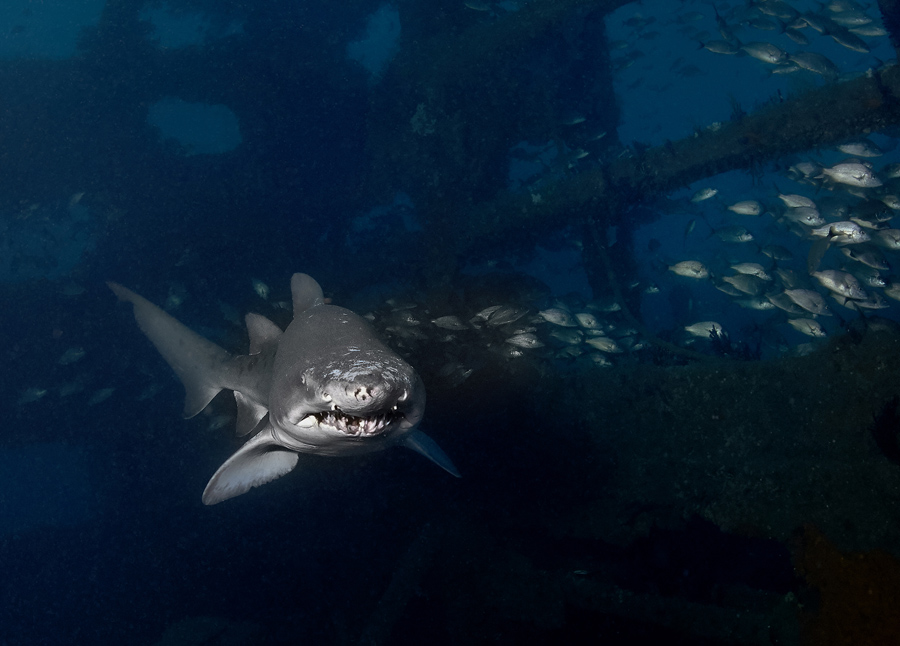 “Face to Face Encounter .” During WWII, U-Boats would sit right on the US coast waiting to ambush unsuspecting ships. Today the wrecks left behind are inhabited by the many sand tiger sharks that move up and down the US East coast. This picture was taken deep in the hold of the wreck of the Atlas where I had an amazing face to face encounter. © David Alpert 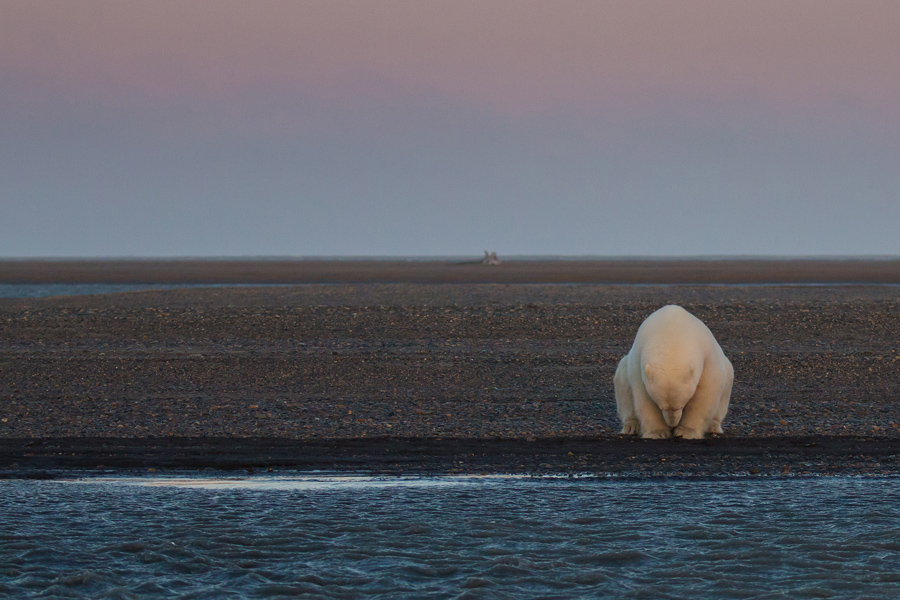 “No Snow, No Ice?” A solitary bear sits on the edge of one of the Barter Islands. There is no snow, when at this time of year, there should be. In speaking with the locals in Kaktovic, they’ve noted that it’s been an unseasonably warm winter, and that the ice will be late in forming this year. This will have an impact on the local polar bear population, when it comes time to hunt seals for their food in the winter months. © Patty Waymire 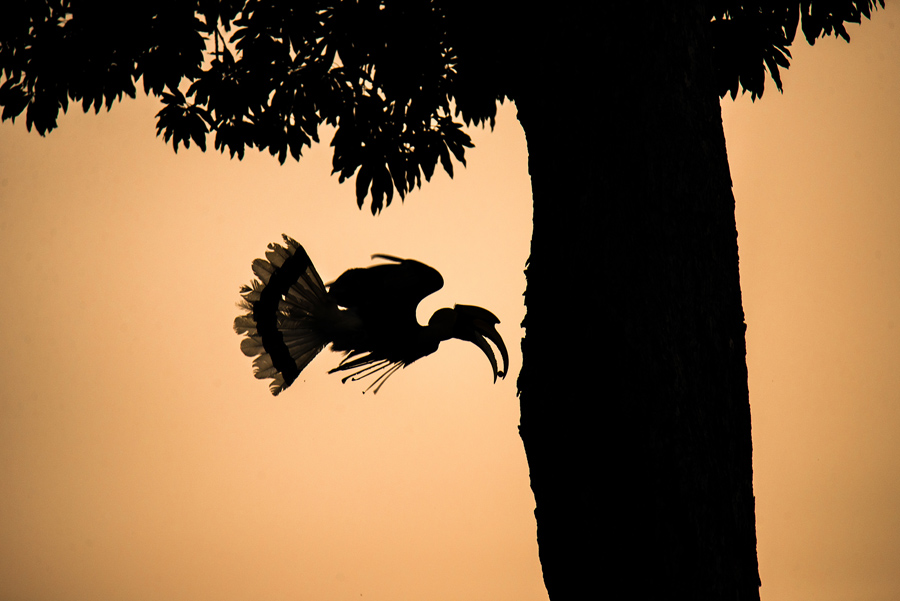 “Parental Care.” Hornbills have a unique breeding behavior, the female enters the hollow if the tree and the male seals it with mud leaving a small slot from where females beak can stick out. Once this is done, the male takes the complete responsibility of feeding the female and babies till the chicks are grown enough to fly away. In this image, a male is bringing in fruits to feed the female which is nesting inside the tree trunk.© Prasenjeet Yadav 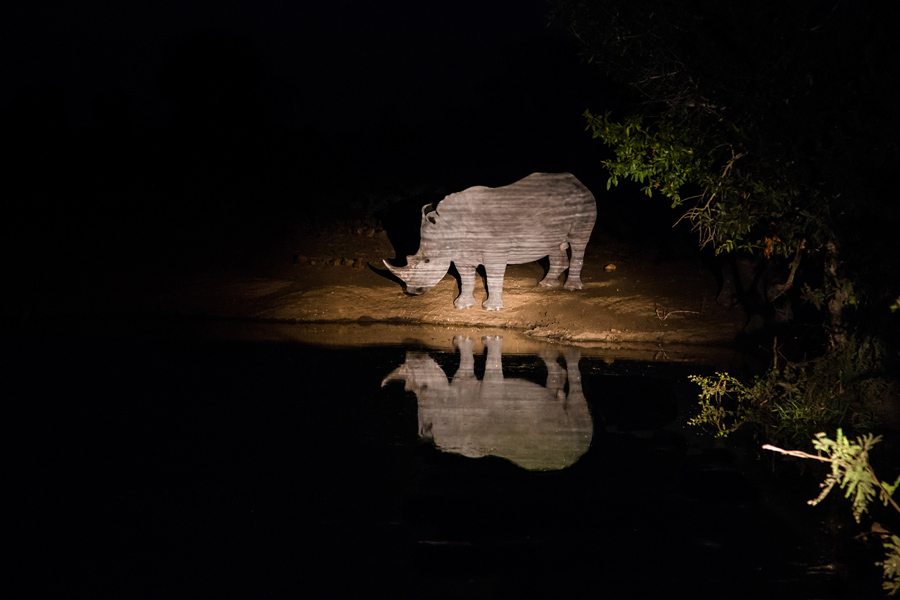 ***
National Geographic Magazine’s annual photo contest is still under way, but the deadline for submissions is coming up on Friday. The Grand Prize Winner will receive a 10-day trip for two to the Galapagos Islands. The kind folks at National Geographic were once more kind enough to let me choose among the contest entries so far for display here. The captions below were written by the individual photographers.