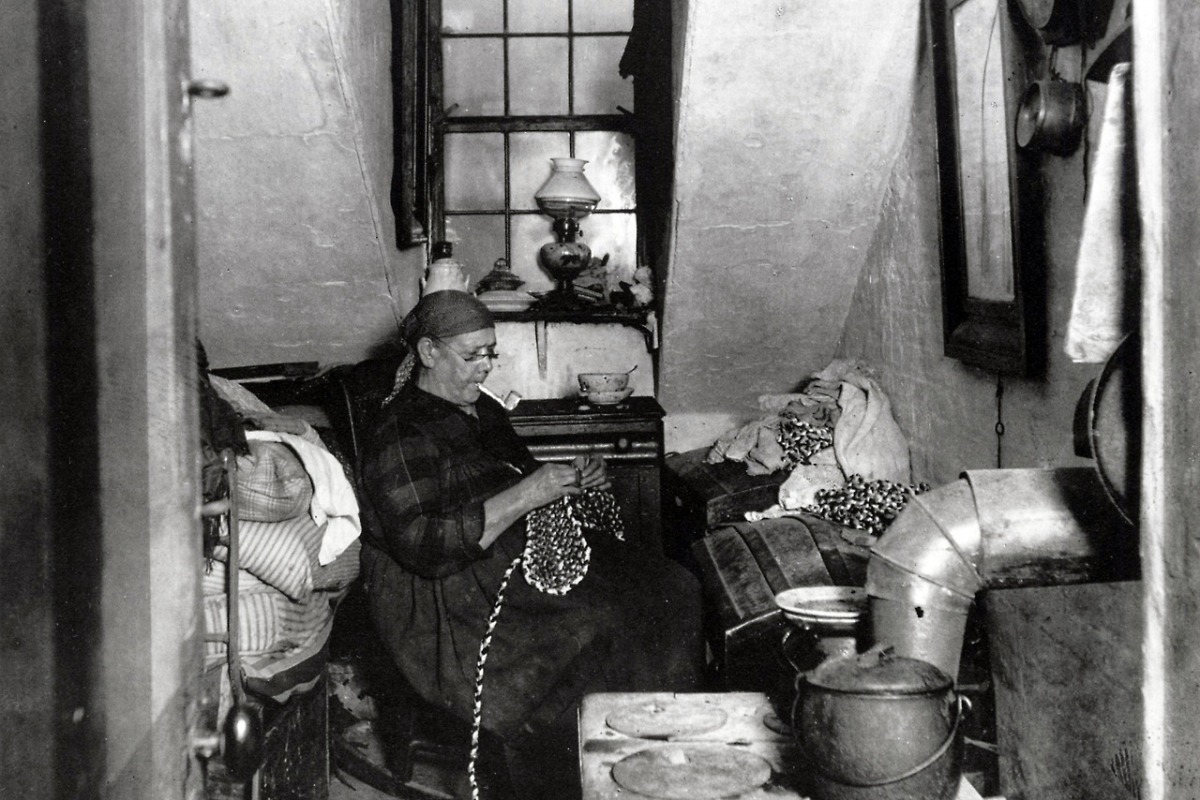 A pioneer in the use of photography as an agent of social reform, Jacob Riis immigrated to the United States in 1870. While working as a police reporter for the New York Tribune, he did a series of exposés on slum conditions on the Lower East Side of Manhattan, which led him to view photography as a way of communicating the need for slum reform to the public. He made photographs of these areas and published articles and gave lectures that had significant results, including the establishment of the Tenement House Commission in 1884. In 1888, Riis left the Tribune to work for the Evening Sun, where he began making the photographs that would be reproduced as engravings and halftones in How the Other Half Lives, his celebrated work documenting the living conditions of the poor, which was published to widespread acclaim in 1890. During the last twenty-five years of his life, Riis produced other books on similar topics, along with many writings and lantern slide lectures on themes relating to the improvement of social conditions for the lower classes. Despite their success during his lifetime, however, his photographs were largely forgotten after his death; ultimately his negatives were found and brought to the attention of the Museum of the City of New York, where a retrospective exhibition of his work was held in 1947.

Riis was among the first in the United States to conceive of photographic images as instruments for social change; he was also among the first to use flash powder to photograph interior views, and his book How the Other Half Lives was one of the earliest to employ halftone reproduction successfully. At a time when the poor were usually portrayed in sentimental genre scenes, Riis often shocked his audience by revealing the horrifying details of real life in poverty-stricken environments. His sympathetic portrayal of his subjects emphasized their humanity and bravery amid deplorable conditions, and encouraged a more sensitive attitude towards the poor in this country.