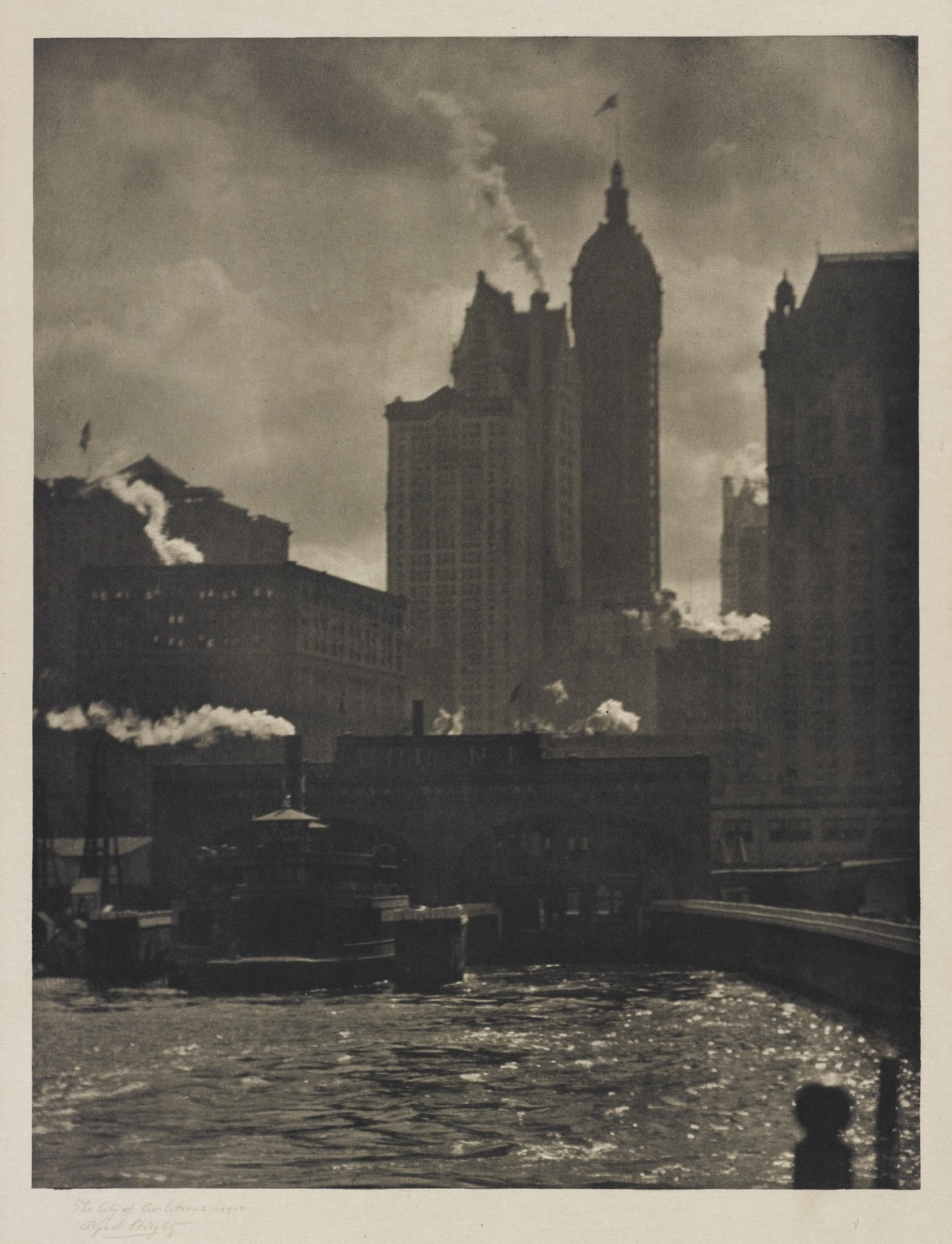 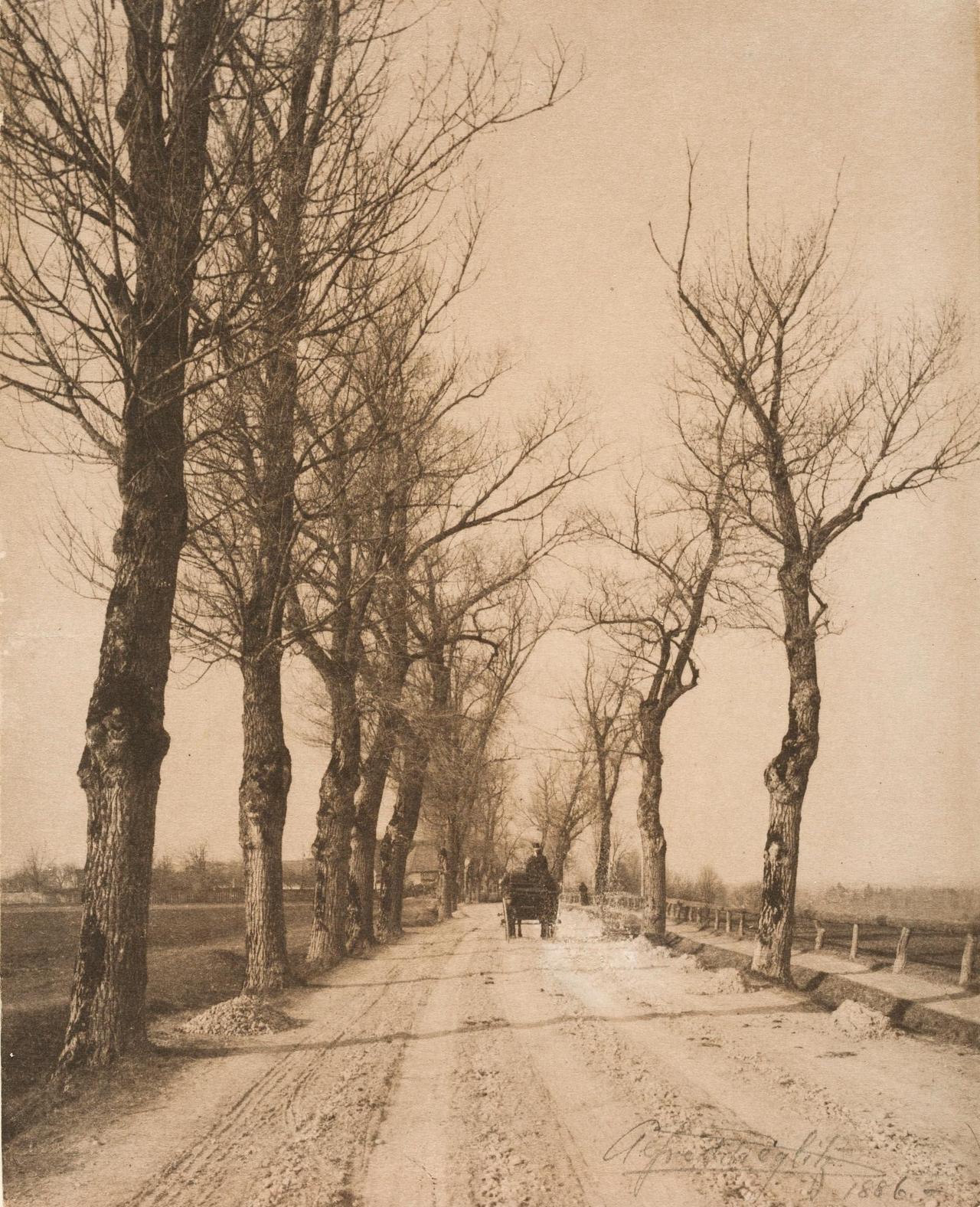 ALFRED STIEGLITZ was most influential in establishing photography as an art form in the United States. He pursued this cause by editing and publishing magazines, organizing photographers, operating galleries and crafting his own creative photographic images many of which were printed in photogravure. He promoted the photogravure process as an original means of photographic printmaking.
Stieglitz secured hands-on experience with photogravure and used it extensively for his work and the images of fellow pictorialists around the turn of the twentieth century. He initially worked at the Photochrome Engraving Company, in New York, where he gained intimate knowledge of photogravure and other printing processes. In 1897, he issued Picturesque Bits of New York and Other Studies, a portfolio of his own large-format gravures, for which he personally made the film positives for plate making. At this time he marketed his individual photogravures as collectible, original works of art, numbering, signing and printing them in limited editions.
Stieglitz used the photogravure process for most of the illustrations in his groundbreaking periodicals, Camera Notes (1897-1903) and Camera Work (1903-1917). The photogravures in these journals, all personally approved by Stieglitz, enabled a larger audience for once to experience the artful qualities of photography. He was so confident of the quality of these gravures that he occasionally sent them to be displayed at international exhibitions of artistic photographs.
Stieglitz’s own work passed through three distinct phases. He began as a naturalist photographer sensitively portraying rural lifestyles. He then became a pictorialist, creating impressionistic pictures through soft-focus effects. Finally, he turned modern, embracing abstraction, photographic detail, and realistic tones