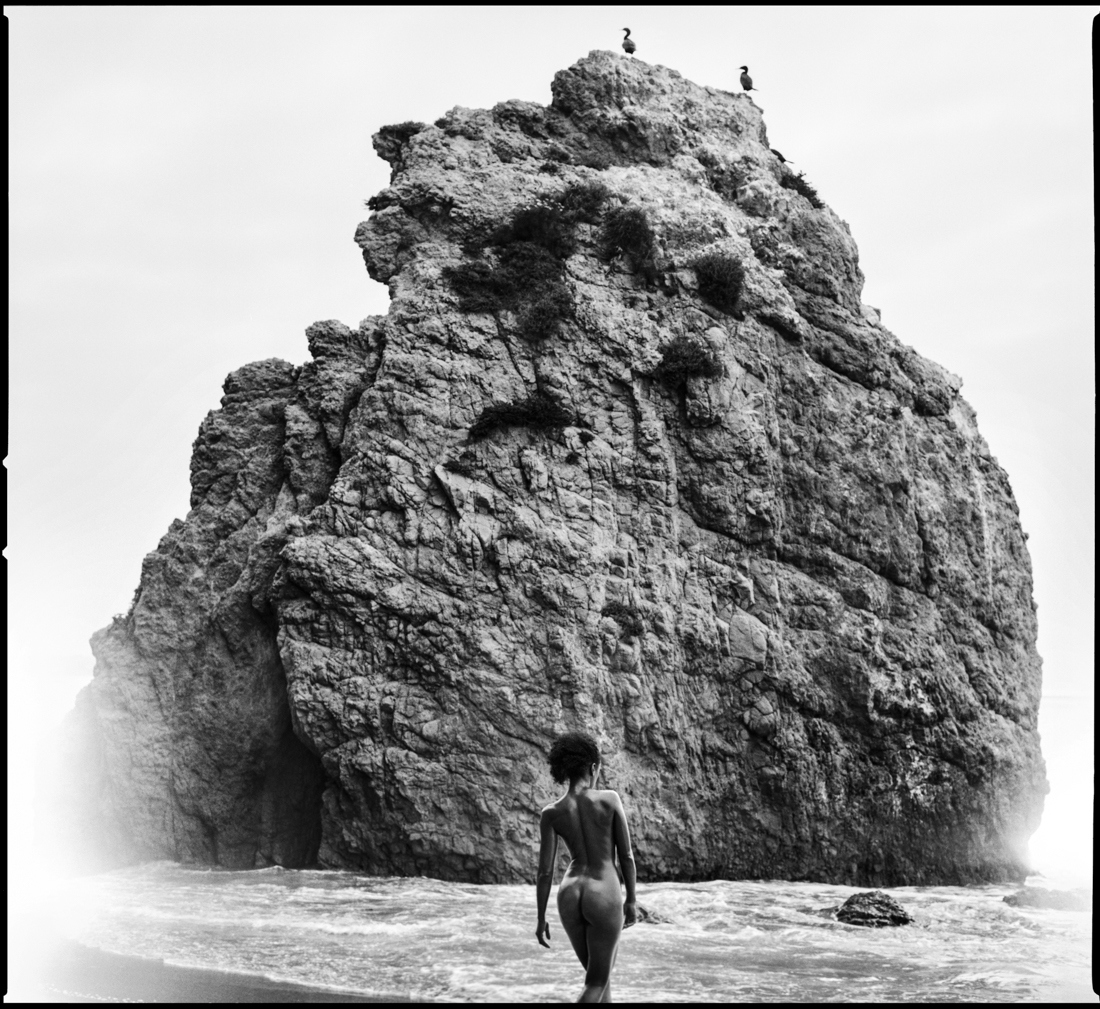 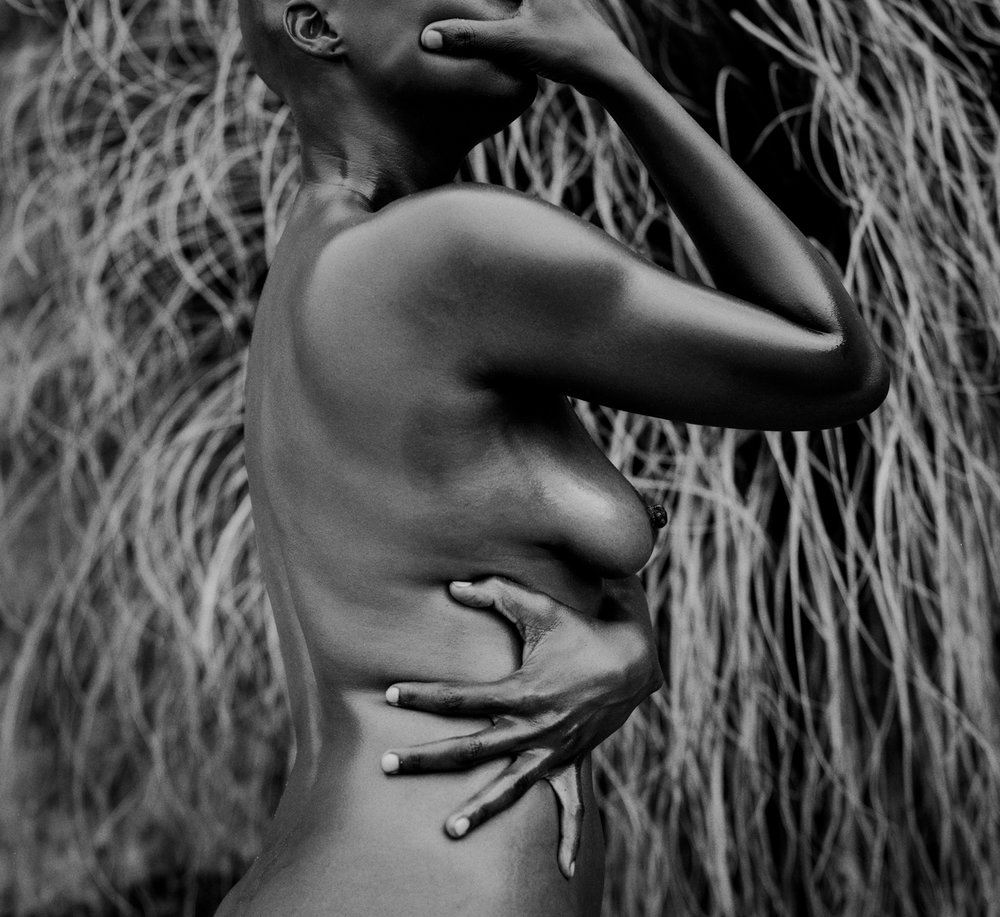 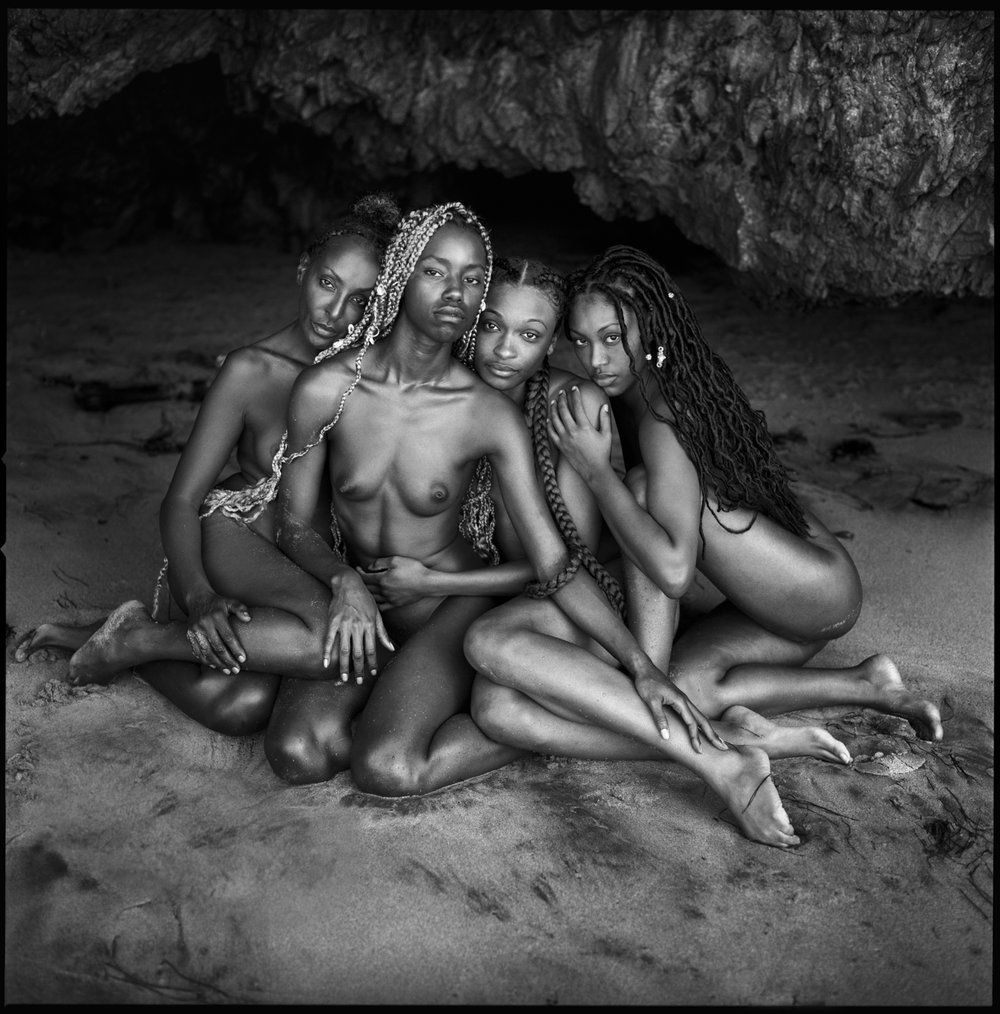 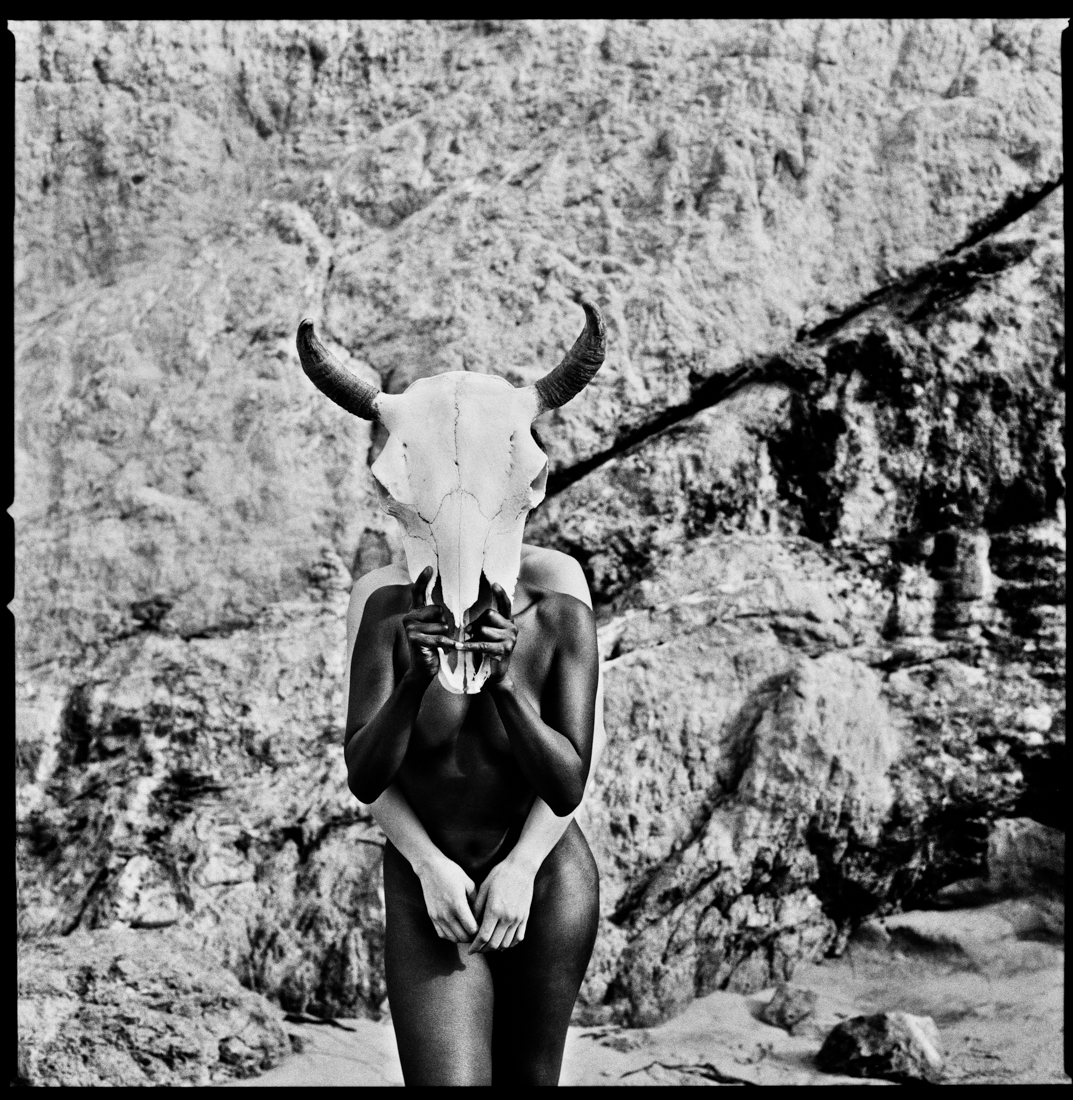 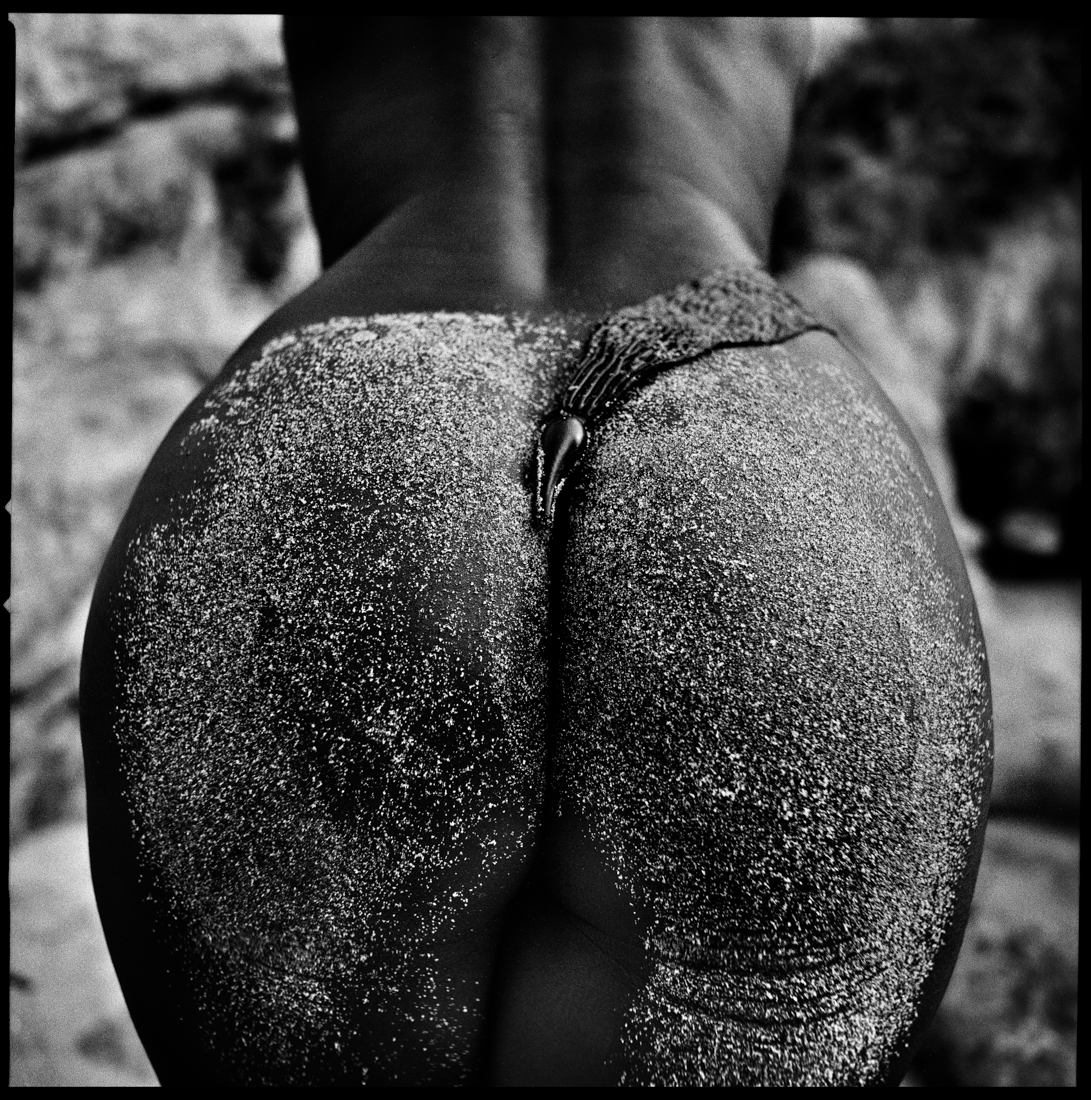 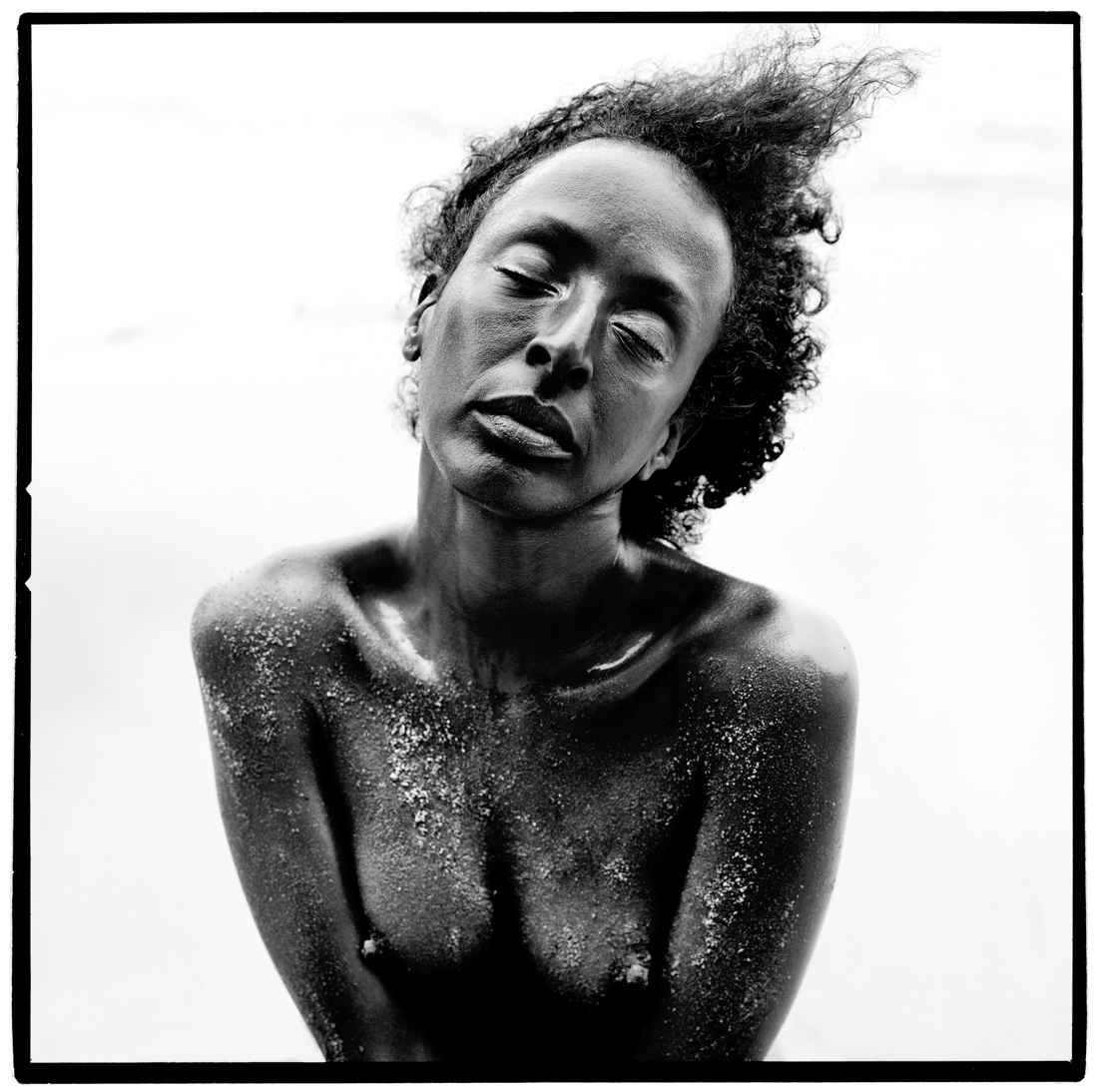 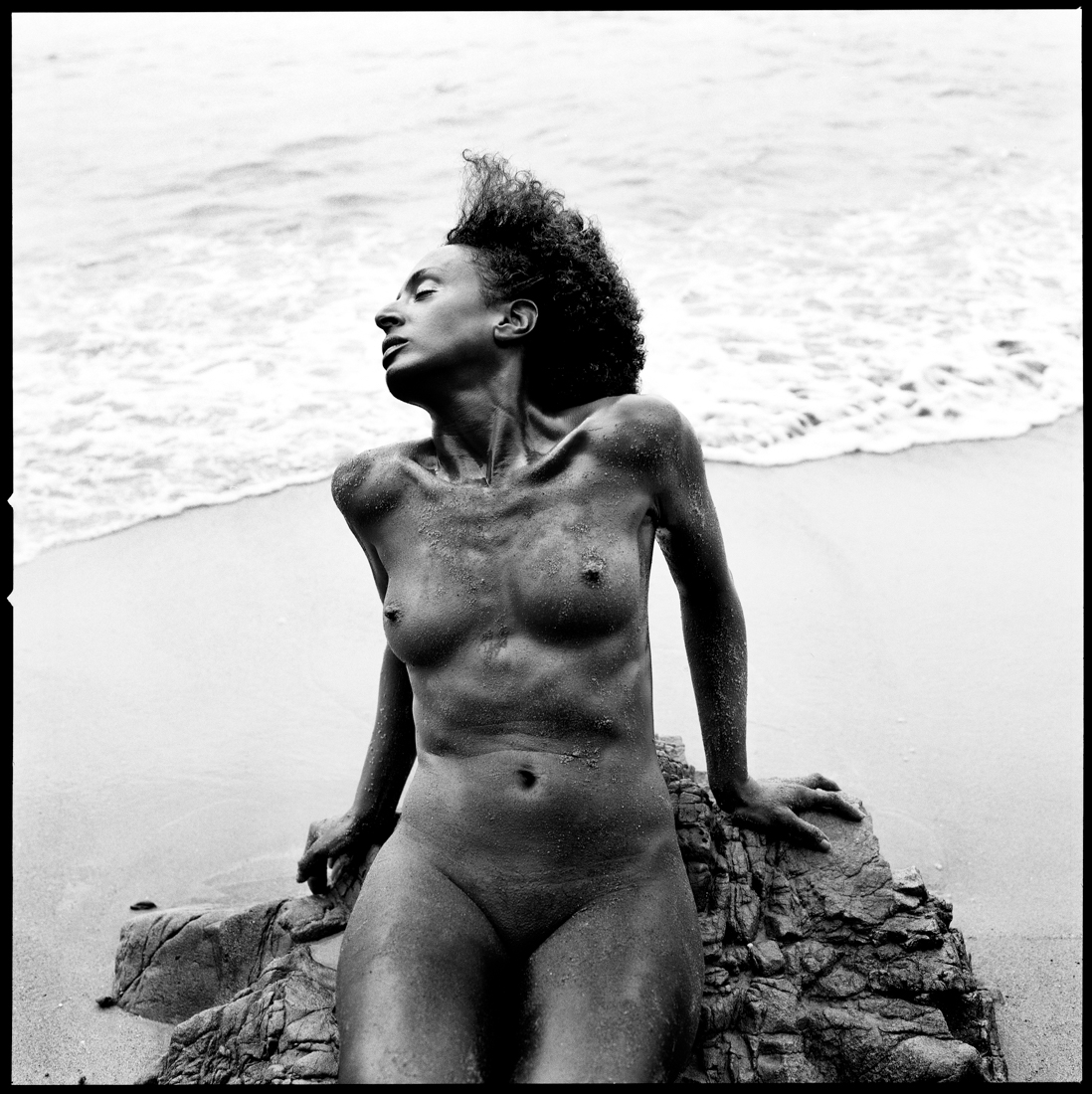 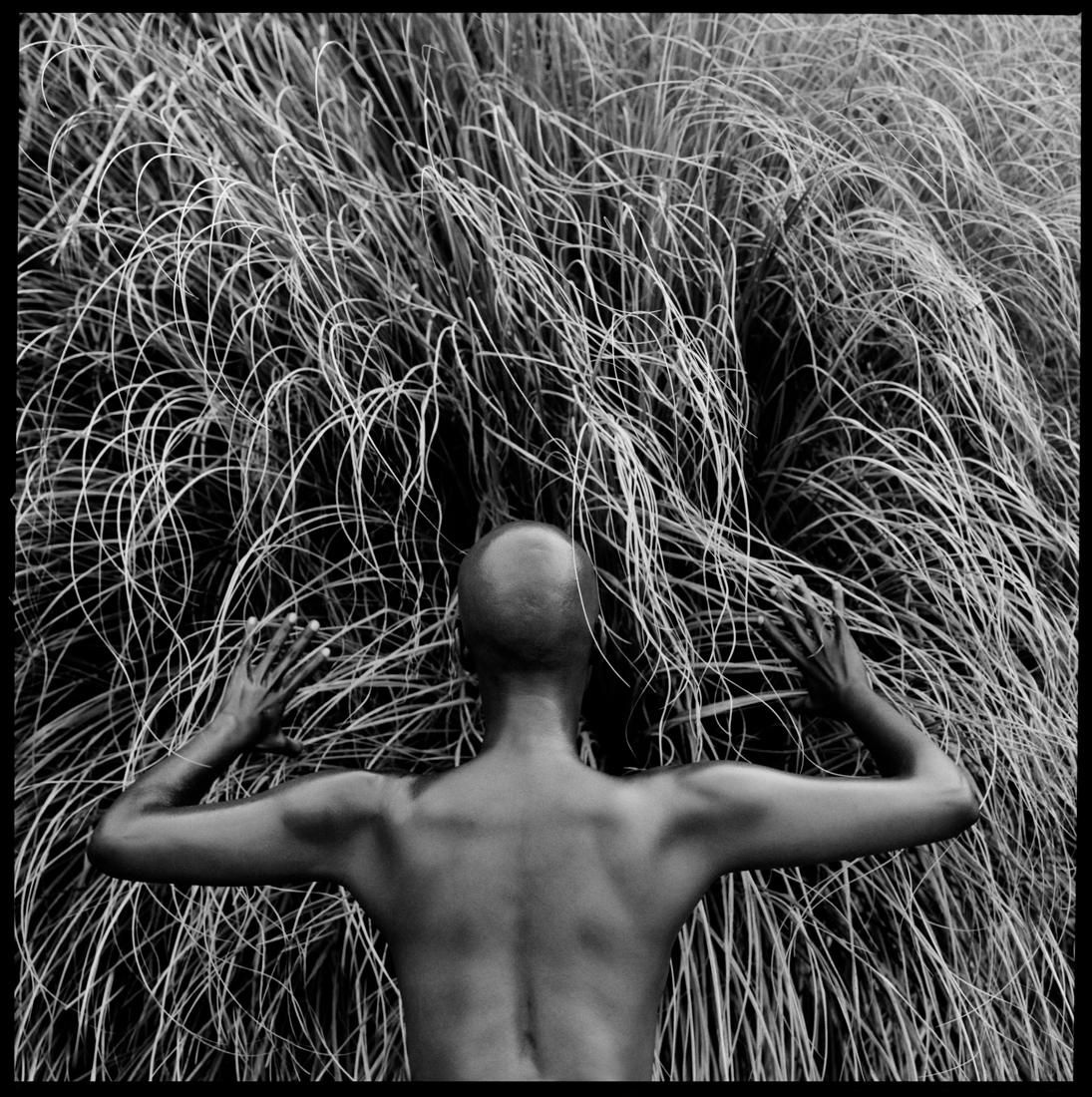 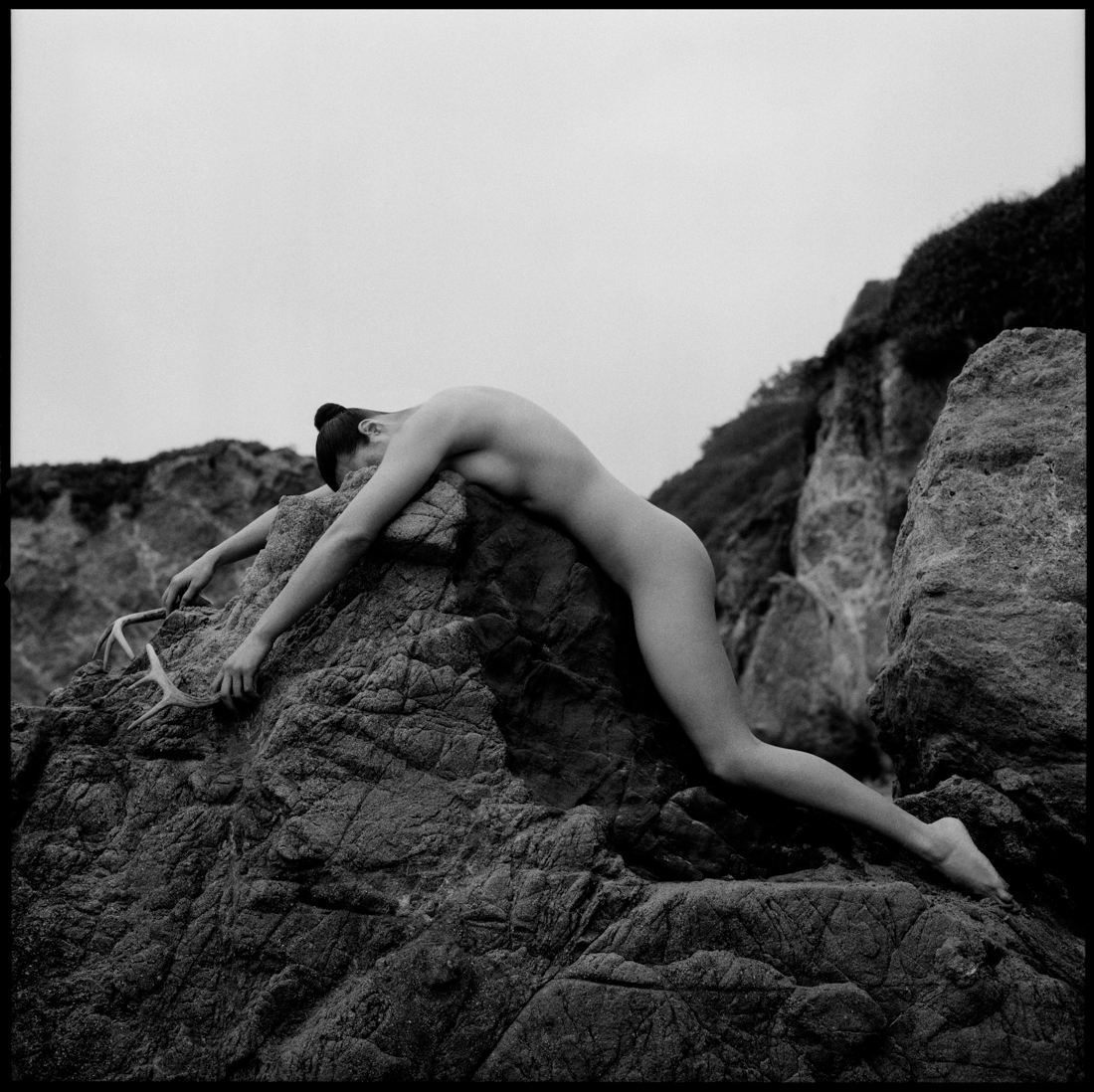 In Salt + Sea, the artist intentionally places women in their most vulnerable form—naked—back into a natural environment in order to display their strength against the elements. The interaction between the two forces narrows the gap between society’s hackneyed constructs of women’s place in society and the unfailing honesty of the nude form– where her spirit can run free. The sand and rocks are representative of the harsh political environment, while the water demonstrates the more “fluid” nature of women.
In addition, the division between the latter symbolizes our current social and monetary disparity between women and men, and specifically, African American women. African American women are rarely seen on sand or sea due to the old paradigms of fear instilled by their ancestors. This fear not only disempowers, but suppresses a huge demographic of women in our country.
The ocean’s multi-faceted cycle has often been likened to the female temperament, a great force. Therefore it’s no surprise that salt, a vital element of the sea, has been referred to as feminine in numerous cultural mythologies as well as embodying healing properties. Therefore, it is imperative that we view women as the “salt” of our communities, the essential element needed in healing this antiquated imbalance.