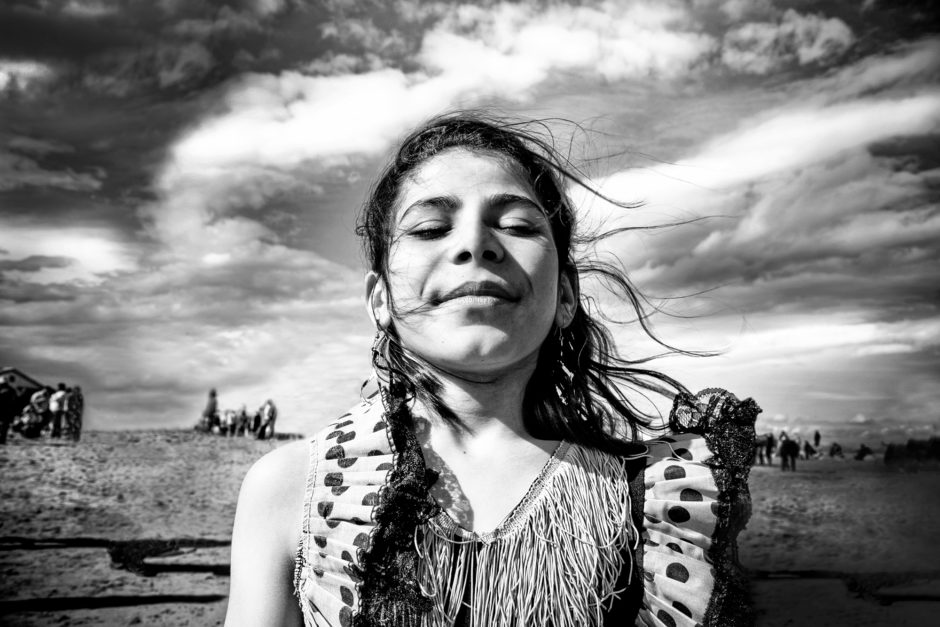 Jeannette Gregori was born in 1967, she lives in Strasbourg, France. She studied photography at the Fine Arts University, Indiana, US, as well as at the Ecole des Arts Décoratifs in Strasbourg. Her first series “Gypsy Childhoods” aims to develop tolerance towards the Roma and Sinti community. Her work was exhibited at the International Day for the Eradication of Poverty in Médiathèque André Malraux in Strasbourg, at the Council of Europe in 2009 and Carrousel du Louvre in Paris, 2018. As her photographic works develop, her social commitmemnt has diversified on settlements in France, Poland and Czech Republic. In 2014 and 2015, she cooperated with UFAT (Union of French Gypsy associations) for the recognition of the Gypsy genocide. She took part in several Roma workshops in Poland and presented her work on “The New Roma” at the International Month of Photography in Berlin. She is now represented by the art gallery Kai Dikhas in Berlin and Collectif du Hérisson. She was awarded the first place at the Monovisions Photography Awards, black and white photo of the year 2017 in photojournalism. She was also awarded the first place at the ND Awards and IPOTY (International Photographer of the Year)Awards 2017,in people/children category.