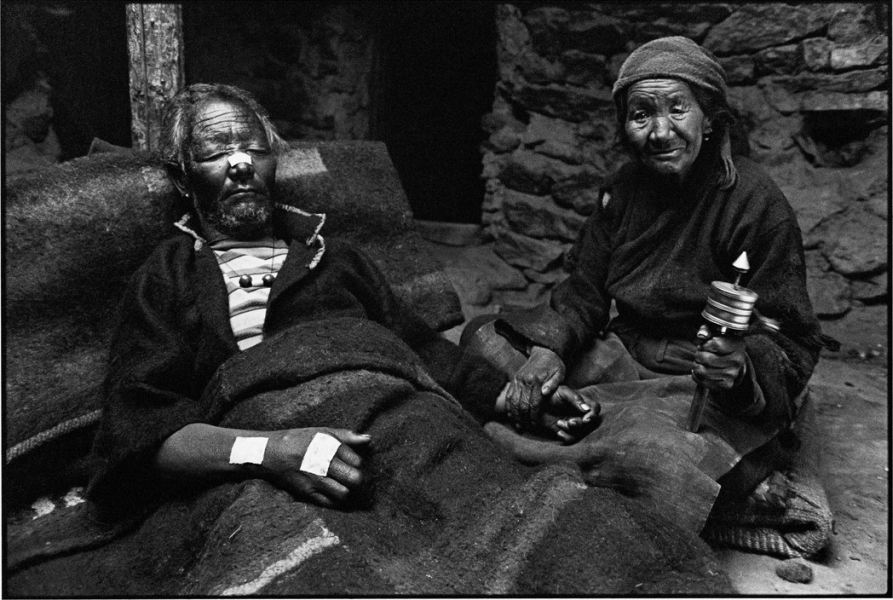 Lu Nan is a contemporary photographer who was born in Beijing, China in 1962. After working for National Pictorial for 5 years, he decided to become an independent photographer. From 1989 to 1990, he shot a series of images of the living conditions of patients in Chinese mental hospitals. From 1992 to 1996, he shot a series of images about Catholicism in China. From 1996 to 2004, he shot a series images of the daily life of Tibetan farmers. Lu Nan is known as “the most legendary photographer in China”. He is also the only Chinese contemporary photographer chosen by Aperture magazine as a topic colon.
Lu is constantly invited to participate in numerous exhibitions; however, he is extremely selective about the exhibitions he is involved with. Lu also refused to have his portrait taken by others, so it’s very rare to see any photo documentations of him. For fifteen years, Lu has been leading a life that is almost like a monk, spending his time working and studying, as he believes that “good stuff comes out of reticenc.

One thought on “Lu Nan”