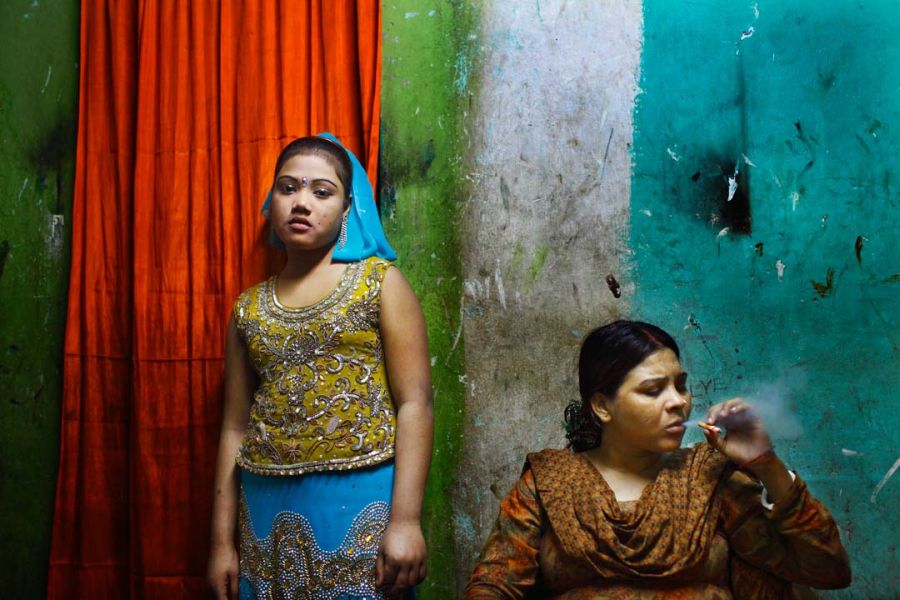 I have received more than 100 international awards and my work has been featured in over 100 major international publications including: National Geographic, Vogue, Time, Sunday Times, Newsweek, Geo, Stern, Der Spiegel, The Fader, Brand Ein, The Guardian, Marie Claire, Colors, The Economist, The New Internationalist, Kontinente, Amnesty Journal, Courier International, PDN, Die Zeit, Days Japan, Hello, and Sunday Telegraph of London.
In 2002 I became the first Bangladeshi to be selected for the World Press Photo Joop Swart Masterclass in the Netherlands. In 2004 I received the Young Reporters Award from the Scope Photo Festival in Paris — once again, the first Bangladeshi to receive this honour. In 2005 I was awarded “Best of Show” at the Center for Fine Art Photography’s international competition in Colorado, USA. And in 2006 I was awarded World Press Photo award and released my premier book “First Light”. In 2007 I became the first Bangladeshi to be selected for the 30 Emerging Photographers (PDN 30), sponsored by Photo District News Magazine, USA. I won the 7th Vevey International Photography Grant from Switzerland in 2009 and in the same year, I took home the international ‘Travel photographer of the Year” title at the International Travel Photographer of the Year Competition (TPOY 2009) in the UK, the most prestigious award in travel photography. I was one of the speakers in the fifth Global Investigative Journalism Conference, held at Lillehammer, Norway in 2008 and as well I was the first Bangladeshi in Ted talk at TEDxOporto 2011, in Portugal. I was one of the speaker of “7th Forum of Emerging Leaders in Asian Journalism”, Yogyakarta / Indonesia”. In 2011 Nikon has selected me as one of the 8 influencers in Asia pacific (APAC region).
I presented the results of my 10-year project in 2012 which was published in a book entitled SURVIVORS in 2012 and which was reviewed by the prestigious Geo magazine. The proceeds from the book and subsequent exhibitions go to helping the subjects in that book set up small businesses for which I train them and monitor their progress in order to make them and their families self-sufficient.
I founded the FIRST LIGHT INSTITUTE OF PHOTOGRAPHY in Bangladesh in August, 2013. We now have hundreds of students from all over the world. I’ve also launched an exclusive One on One Photography Workshop a year ago and since then the program has been received with excellent reviews. So far, participants have come from Germany, the USA, Spain, Switzerland, Indonesia, Netherlands, Austria and Puerto Rico. The proceeds from this are to help achieve my ultimate objective of providing basic education for street children, unprivileged talented students, and child laborers.