Marie Šechtlova, nee Kokešova (1928–2008) began her photographic career in 1945. After her marriage to Josef Šechtl, she helped develop the family Šechtl & Voseček photographic studio until 1953, when it was nationalized by the communist government. In the late 1950s, she became an art photographer, and in the 1960s, she was one of most successful photographers of “the poetry of the everyday”. Together with her husband, she published a number of books, and produced many exhibitions, and also pioneered the use of large scale photographic prints for interior decoration.

She was born in Ostrava in the family, who came from Austrian Galicia, from Lvov, in the period after the October Revolution.

She studied dance from early childhood. Tamara enrolled in the study with a focus on classical ballet. She studied also modern dance. At the school she got general knowledge from other artistic disciplines (visual arts, architecture, music). In addition to interesting encounters with the world culture in the Ostrava she often traveled and worked with great professionals of foreign ballet elite (she met and worked with celebrities, such as: Serge Lifar, Boris Bregvadze, Aleksandr Lemberg and many more.)

Afterwards Tamara decided to extend her education. She successfully did test GITIS (The Russian University of Theatre Arts). Despite of all interventions, unfortunately she couldn´t go to Moscow due to the political situation. After the Velvet Revolution she took advantage of the favorable political situation and she expanded her education in JAMU (Janáček Academy of Performing Arts).

After studies, she became a soloist in the Moravian-Silesian National Theatre Ballet ensemble where she was interpreting great roles of leading ballet repertoire. She has an excellent talent to affect the psychology of the characters and she is able to endow the heroine of a deep inward experience, along with high aesthetics and technique of dance (Anna Karenina and Carmen, Svanilda of Coppélia).

She was awarded by several major awards. She was nominated for Dance best performance prize Thálie. She was also a professor at the Janacek Conservatory in Ostrava. Later on she worked also as ballet master in the same theater. She applied her experience from the dance field also as a choreographer. She also worked with the opera ensemble of the The National Moravian-Silesian Theatre in Ostrava.

She started to work also as photographer during the collaboration with the theater. Like in their dance roles, in her pictures she tends to show non-violent way of human emotions and dramatic situations of everyday people life. She strongly inclines to show the beauty and humanity. She exhibits her photographs awarded by prestigious foreign prizes at home and abroad. She is a member of the International Media PRESS and member of the Dance Council CID UNESCO 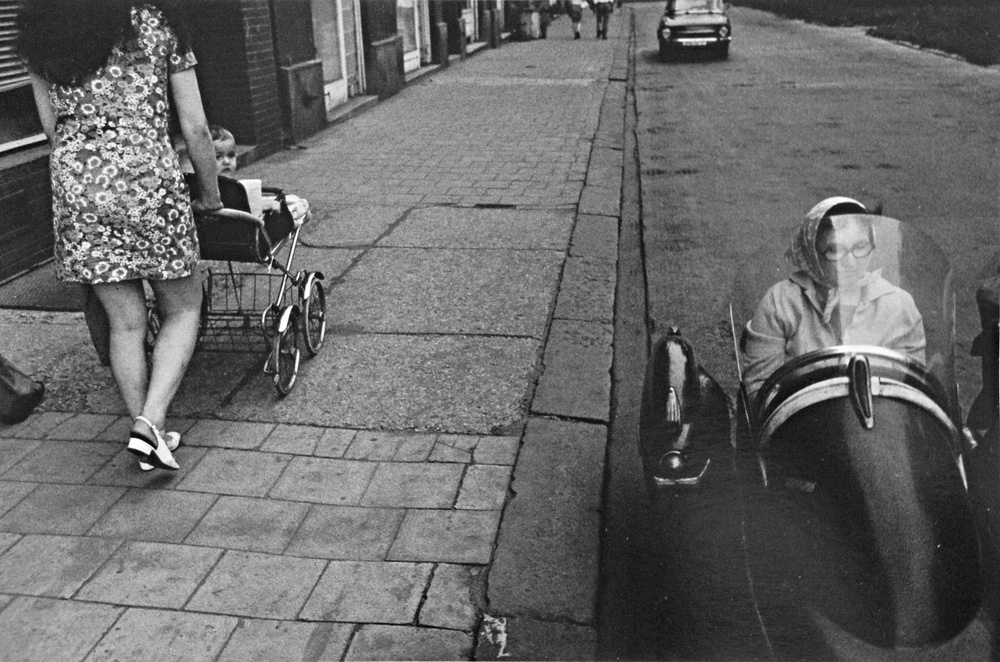 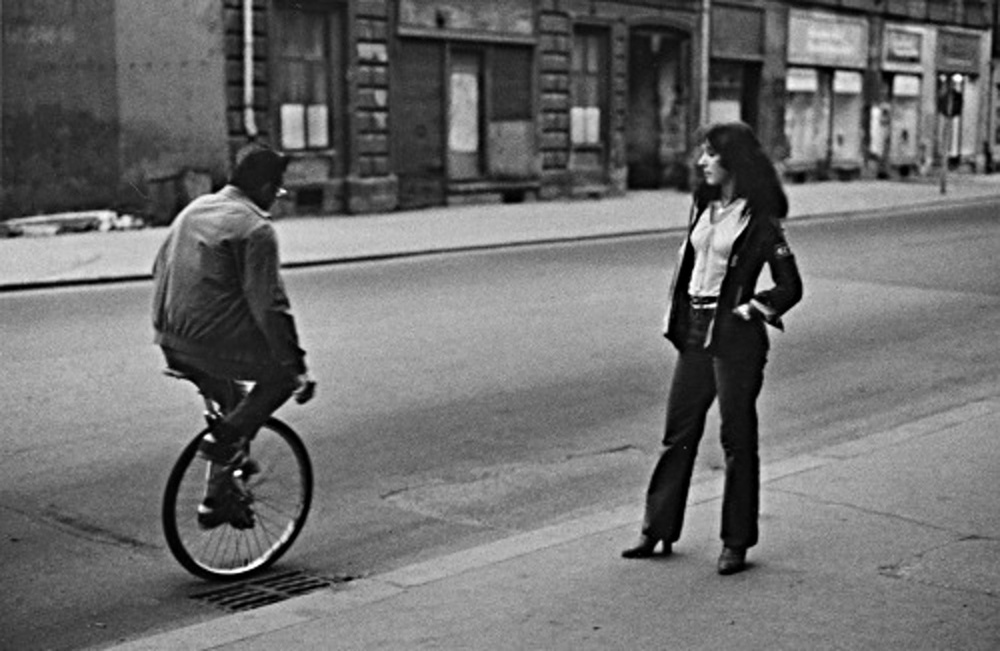 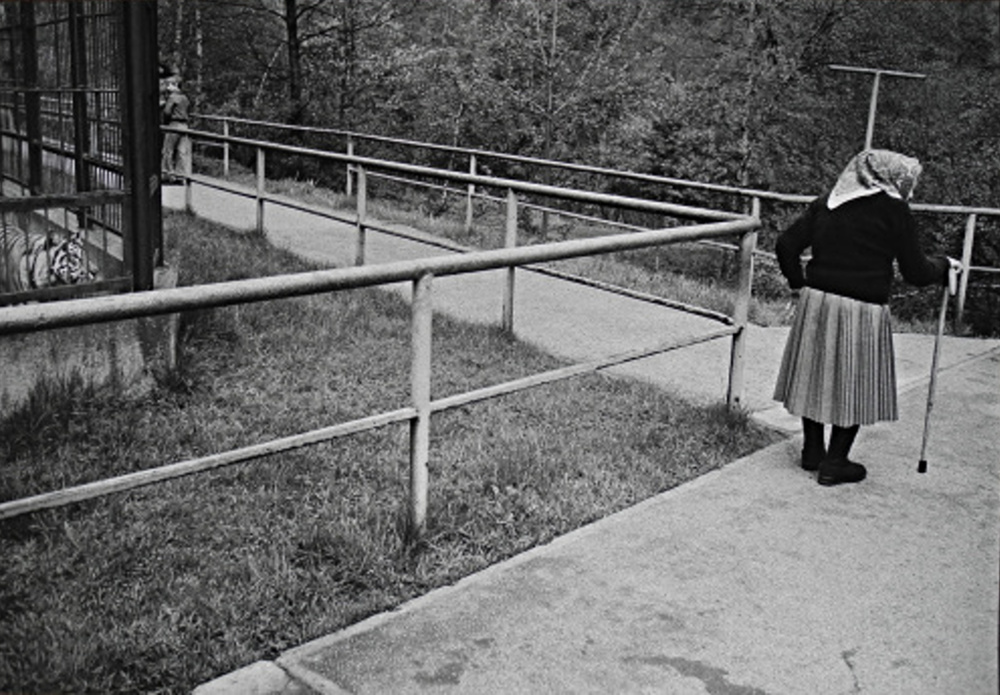 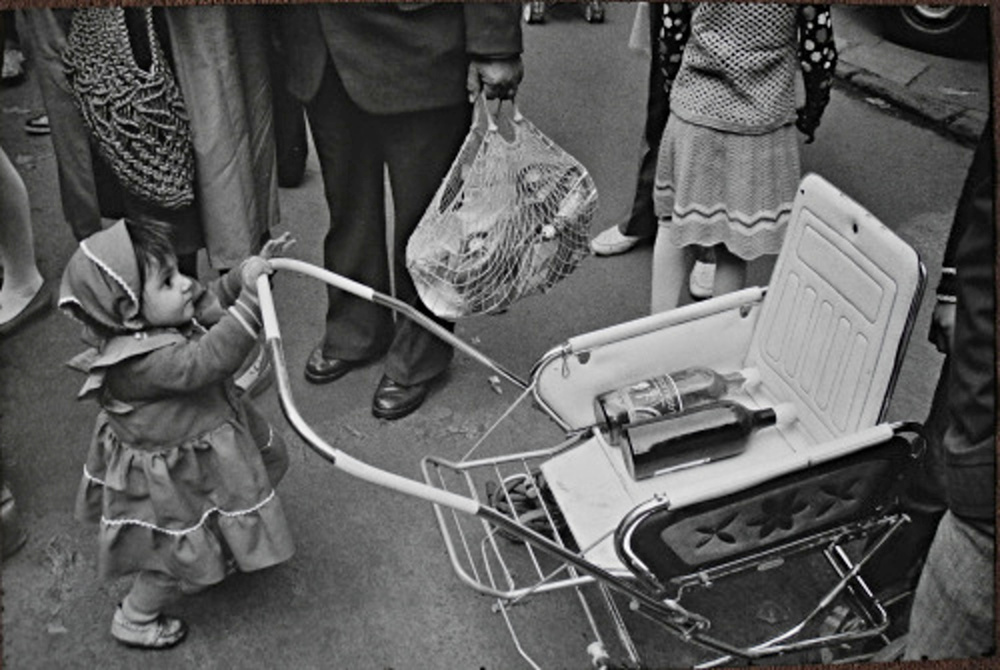 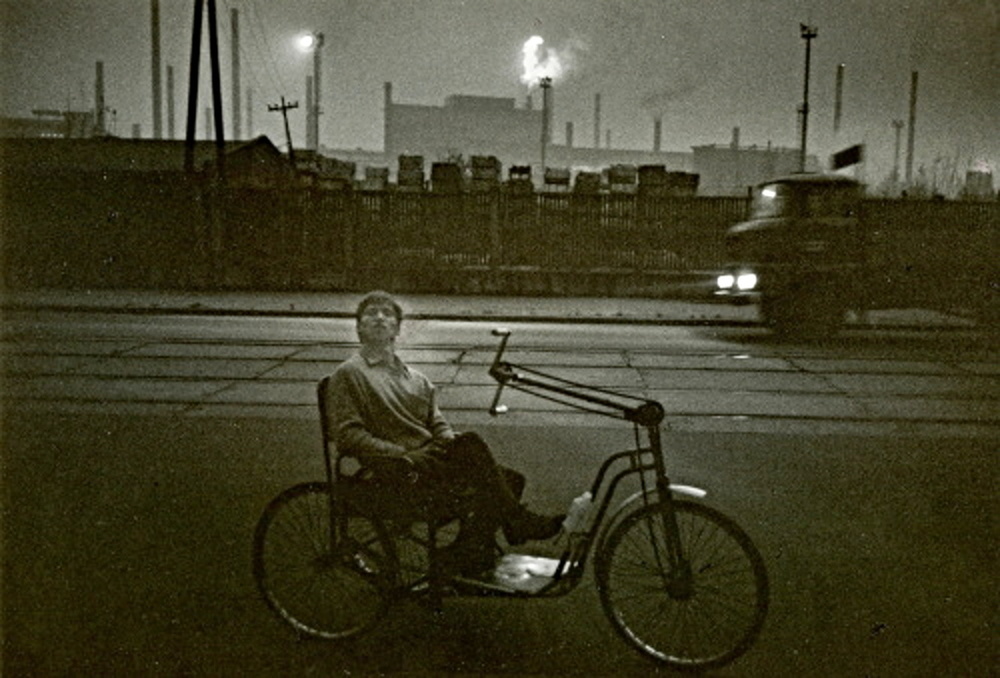 Viktor Kolář was born in 1941 in Ostrava. His father, a self-taught filmmaker and photographer, was the owner of a photo studio and photo shop, which was one of the important factors that led his young son to photography In 1953, he began taking his first photographs, and soon familiarized himself with the works of renowned photographers, particularly Henri Cartier-Bresson. From 1960 to 1964, he studied at the Photographic Institute in Ostrava. After that, he taught at an elementary school. From the second half of the 1960s, he decided to devote himself fully to photography. At the same time, he met and befriended the photography theorist Anna Fárová and her husband, painter Libor Fára. In 1964, Kolář presented his works at his first solo exhibition. In October 1968, after the Warsaw Pact invasion of Czechoslovakia, he emigrated to Canada,where he worked as an assistant in the molybdenum mines and as a worker in the nickel smelters in Manitoba. In Canada and the USA, Kolář met with photographers Michael Semak, William Ewing and Cornell Capa. In 1973, however, he returned to Czechoslovakia through Paris and London. His return to the communist country was questioned by state authorities and Kolář was interrogated by police on several occasions. As a former emigrant (and therefore considered unreliable by the regime), he gradually lost the possibility to work as a photographer. At the time of deep “normalization”, he worked as a laborer in Nová Huť Steelworks However, he covertly continued his photographic documentation of the Ostrava region. In 1985, he was allowed to devote himself to free-lance photography. In 1994, after the Velvet Revolution, he began to teach documentary photography at FAMU in Prague, where he was appointed Associate Professor (in 2000).

Born in a tiny village of Moravia, Koudelka began photographing his family and surroundings as a teenager with a 6 x 6 Bakelite camera.

He was trained at the Technical University in Prague and worked as an aeronautical engineer in Prague and Bratislava from 1961-67. He had been able to obtain an old Rolleiflex and in 1961, while working as a theater photographer in Prague, he also started a detailed study of the gypsies of Slovakia, who were then undergoing further attempts to “assimilate” them within the Czech state. His work was the subject of an exhibition in Prague in 1967.

In 1968 Koudelka extended his project to gypsy communities in Rumania and that same year recorded the invasion of Prague by Warsaw Pact armies. Smuggled out of the country with the help of Czech curator Anna Farova and published with the initials P.P. ( Prague photographer) to protect his family, the highly dramatic pictures showing Russian tanks rolling into Prague and the Czech resistance became international symbols and won him the prestigious Robert Capa Gold Medal.

In 1970 Koudelka left Czechoslovakia and, officially stateless, was awarded asylum in England. Introduced to Magnum by Elliott Erwitt, he became an associate in 1971 and a member in 1974, but still refused most journalistic assignments: in constant movement, he preferred to wander around Europe in search of pictures of a world that he felt was rapidly disappearing, Koudelka has been the recipient of major grants and awards such as the Prix Nadar (1978), the Grant for Research Abroad, and an official invitation from the French Ministry to document urban and rural landscape in France (1986), as well as a Grand Prix National de la Photographie (1989) and a Grand Prix Cartier-Bresson (1991). The grants sustained him through long-term projects in black and white which led to many exhibitions including a MOMA retrospective and the publication of several books following Gypsies (1978) such as Exiles (1988) shot at the edges of Europe in Ireland, Spain, Portugal and Greece.

After becoming a French citizen in 1987, Koudelka was able to go back to Czechoslovakia for the first time in 1990 and produced Black Triangle, a study of his native country’s landscape wasted by industrialization and environmental catastrophies. In these fold-out pictures, human presence has all but disappeared and panoramic shots show spaces littered and unkempt stretching out desolately.

Granted, I might list several photographers whose work is distinctly non-classical. Consider for example Petr Flynt and Evir Bogdan. Their work is inventive, imaginative, unique, exciting, and just plain wonderful. A feast for the eyes and reflective of a photographic intellect at work that transcends the concept of “classic.” If I photographed like them, I might harbor aspirations of being included in the collections of MoMA, the Art Institute of Chicago, or possibly merely the superb photo collection of the Minneapolis Institute of Art.
I don’t, however. My mind doesn’t work like theirs (obviously).
I do pretty good work. Perhaps, compared to Flynt and Bogdan, my work is merely “classic.”

I studied the faculty of medicine at Palacký University in Olomouc and I studied human body in depth. I bought my first own camera and started to ‘create’. At least I thought so.

I like his eyes, his light, his composition (correct word ? don’ forget, I’m french…), his ways to catch the inside. He tells us something new, as an artist has to make it, with his own words, and I love that, for sure, I love that, I’m a writer…

Bára Prášilová was born in the Czech Republic and got qualified as a photographer at the The Institute of Creative Photography at Silesian University.

She lives and works in Prague, Czech Republic.

A key role in her work plays her memory, mixture of real and fictional as well as her sense of absurdity. Her visual world consists of imaginary memories of what never happened and explorations of what could have happened if we dropped the habit of drawing our own limits.

Her photographs have a characteristic slightly somber and magical atmosphere and humor, which is obvious more or less, depending on specific projects.

Her objects are only mediators of the story, the role models.

Bara enjoys complicating her job with insisting on real props and objects, sometimes made by her, which could in other cases be easily replaced by Photoshop. She frequently distorts figures of her models. Specifically with their feet positioning she is referring to her childhood ballet era.

With all that said, Bara enjoys a satisfying carrier of a fine art and fashion photographer with a recognizable style. No matter if she`s working for a client or doing her own projects, she is always following her signature style.

Erasing the borderline between a commission photography and fine art, Bara is creating a category of her own.

With several awards in both fine art and commercial area and exhibitions in the Czech Republic and abroad, she has been selected one of the Quiksilver ambassadors in 2009. She won the Photographer of the year title awarded by the Academy of Design of the Czech Republic, Czech Grand Design in 2009 and 2011 and in 2014 became one of the prestigious Hasselblad Masters world competition winners.

Born (1974) in Brno, Czech Republic; his life has been connected with Brno and Jevišovice. A graduate of Secondary School of Artistic Crafts Brno, a member of group named Česká Paralaxa (Czech Parallax) and Steiner Group. A freelance photographer. At present a student of master’s degree at Institute of Creative Photography of Faculty of Arts and Science, Silesian University, Opava, Czech Republic (Bachelor of Art, 2006).

Comes from a family of art tradition. First contacted with photo making at primary school. Only at the age of sixteen shows a deeper interest in photography. After a series of twists and turns — studies at Secondary School of Engineering and an attempt to obtain a professional photography education, accompanied by differences of opinion with the apprentice school concept — Sláma finally settled at SŠUŘ Brno; he graduated in 1996. During his secondary school studies a member of Jiří Víšek’s class. Still at SŠUŘ Brno, a co-founder of the Česká Paralaxa photo group (1995); the double-lens 6 × 6 cm reflex camera, related to the creative philosophy of Česká Paralaxa, has remained his sovereign apparatus for his production up to present days.

Among author’s significant works there is a cycle devoted to female figure skaters (carried out in Rondo Hall in Brno, 1997), cycle concerning the ballet ensemble of the National Theatre, Ostrava (a project done for Igor Vejsada, 1998—1999) and his books Expert’s Still lives (2003) and Wolf’s Honey 2004.

Vojtěch Sláma’s inherent need is travelling. He travels a lot; whether it is Quebec, India or Paris; for the author it is a