I want to show emotion and I want to have emotions. This is one of my main objectives with photography. Life is made of feelings, that’s what I choose to look for. It’s necessary to have the feeling one wants to transmit; sensitivity is the base. I’m looking for the little things that move me. It’s an infinite search for beauty, trying to see a kind of magic in details. Learning to see things that people don’t see and then share it with them. And the more life goes on, the more I learn to enjoy those details.
My inspiration is simple curiosity, constant observation, and astonishment by what surrounds me. A part of it is willingness to enjoy every part of it. Everyday life, is what inspires me. And that fundamental need, that I was born with, to create and to share with others my emotions.
Hélène Desplechin. 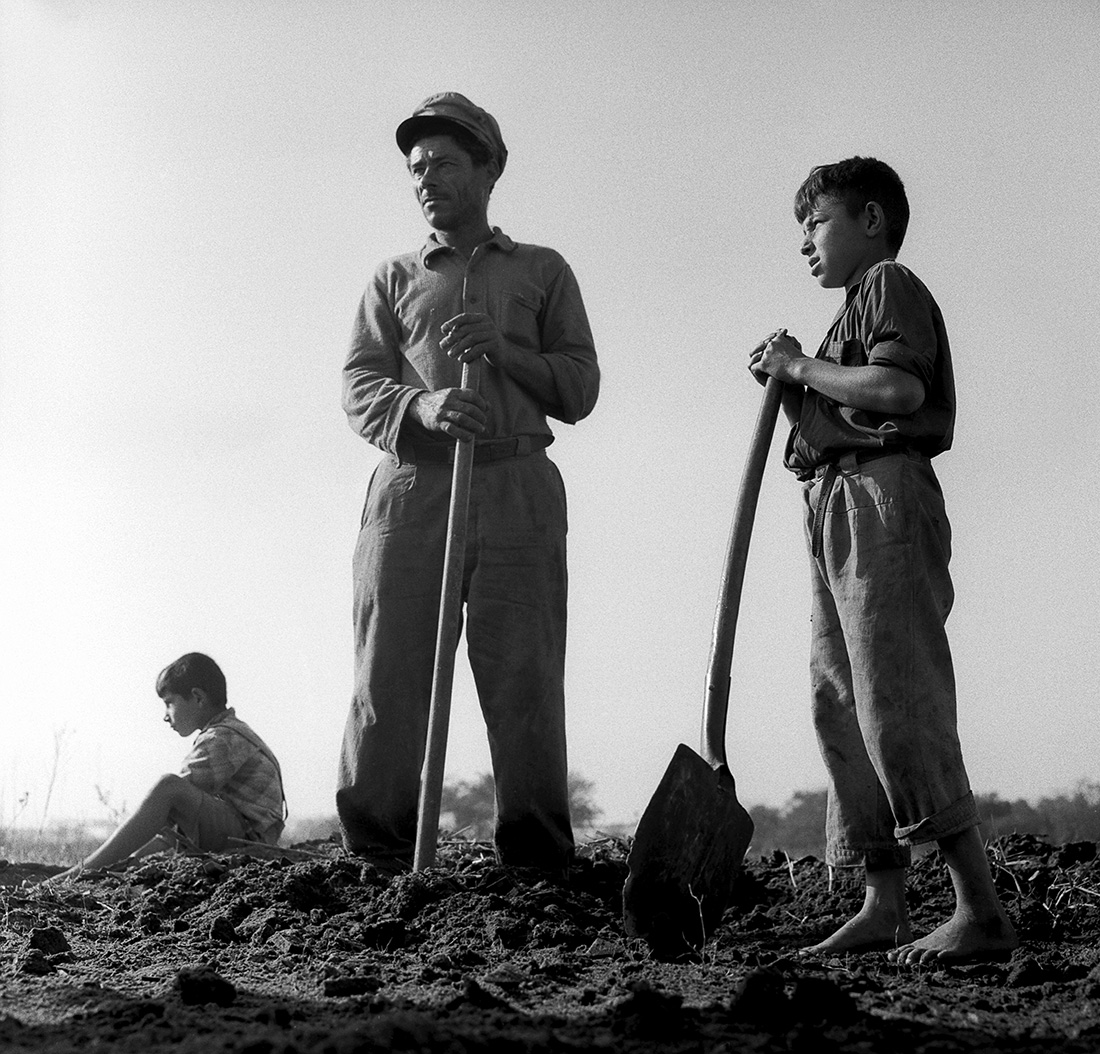 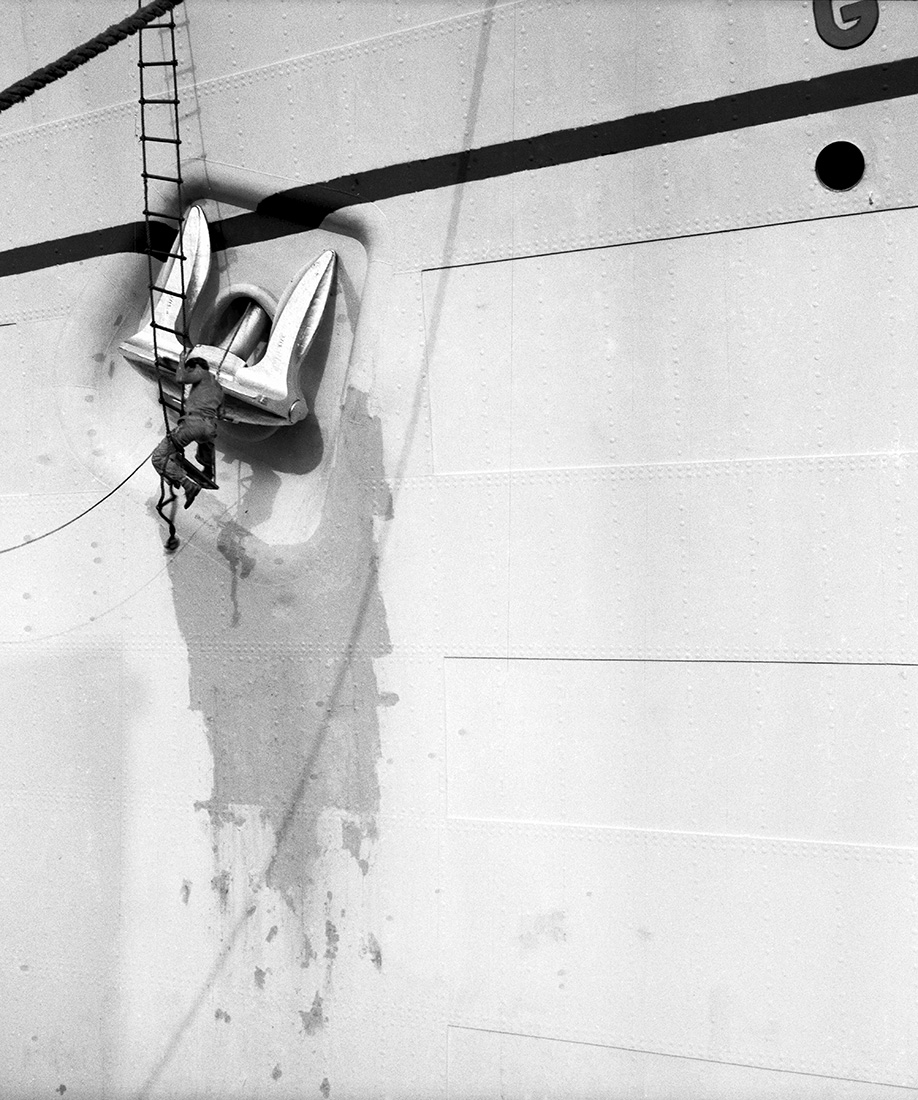 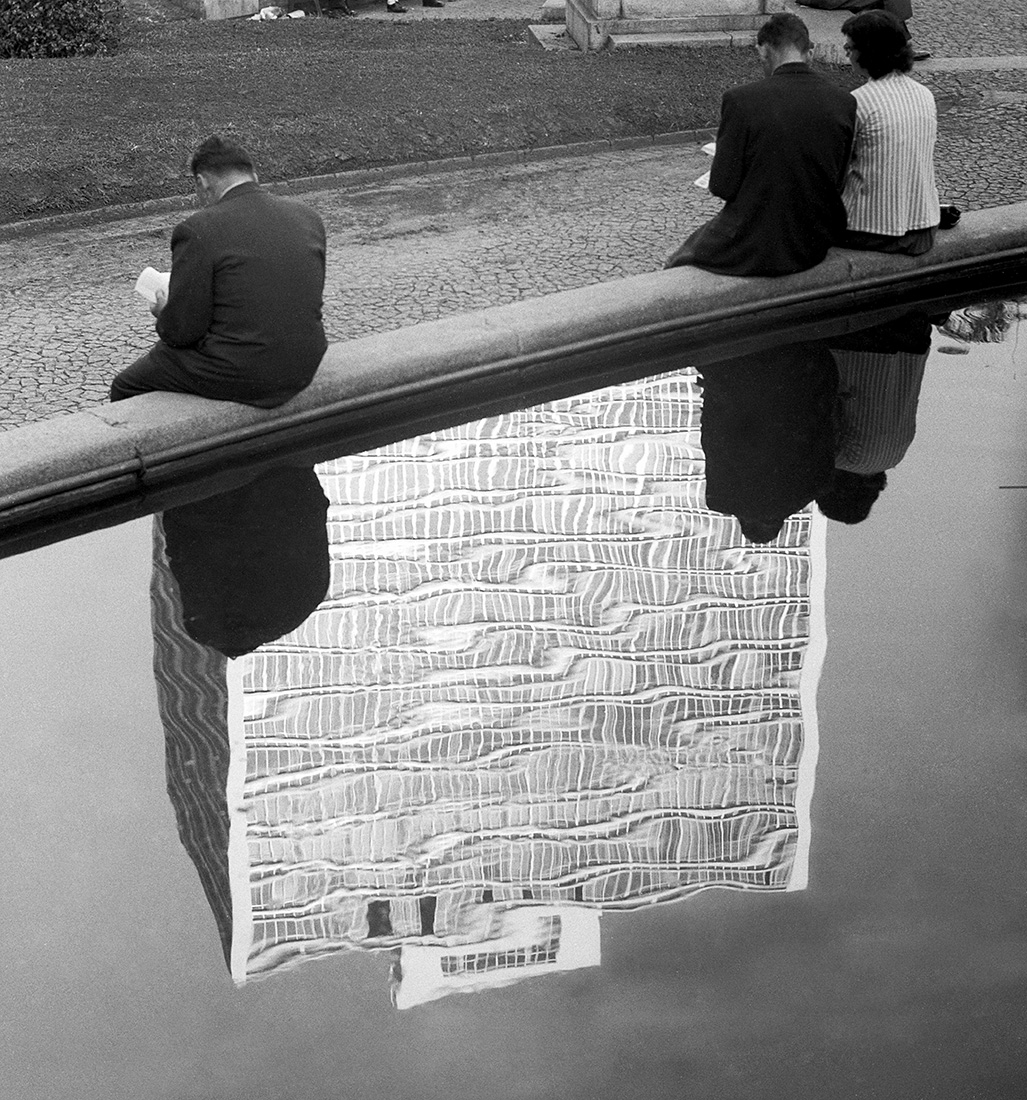 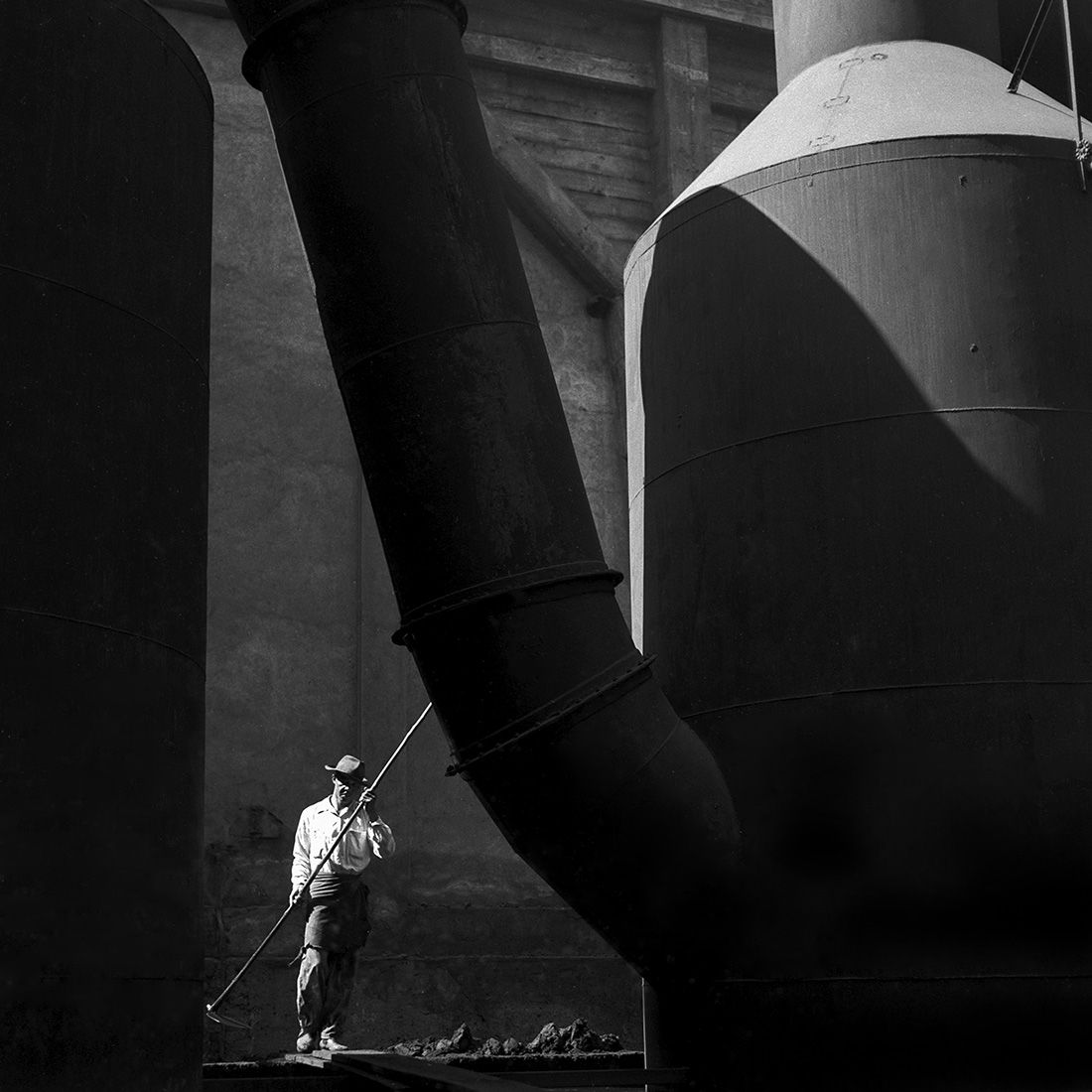 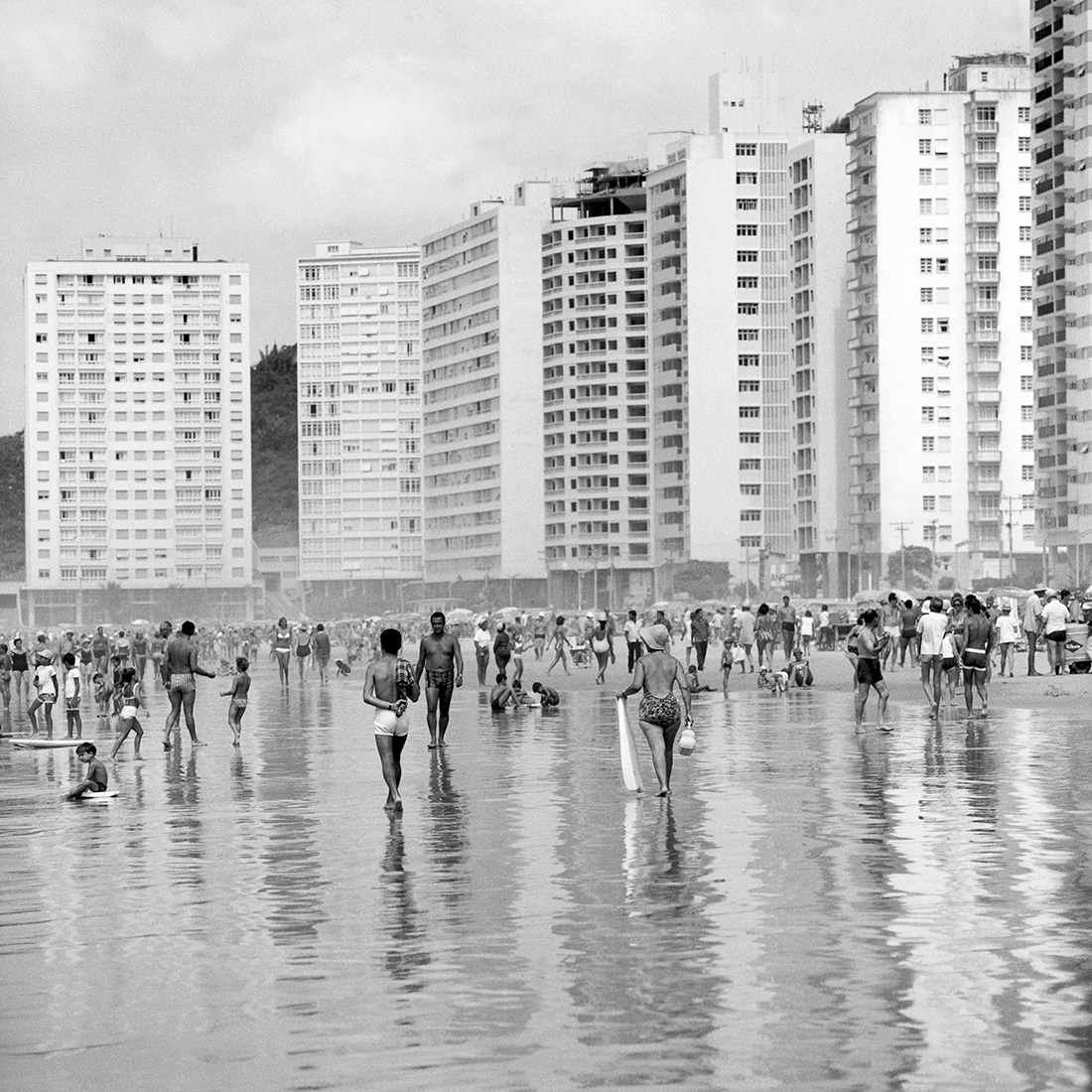 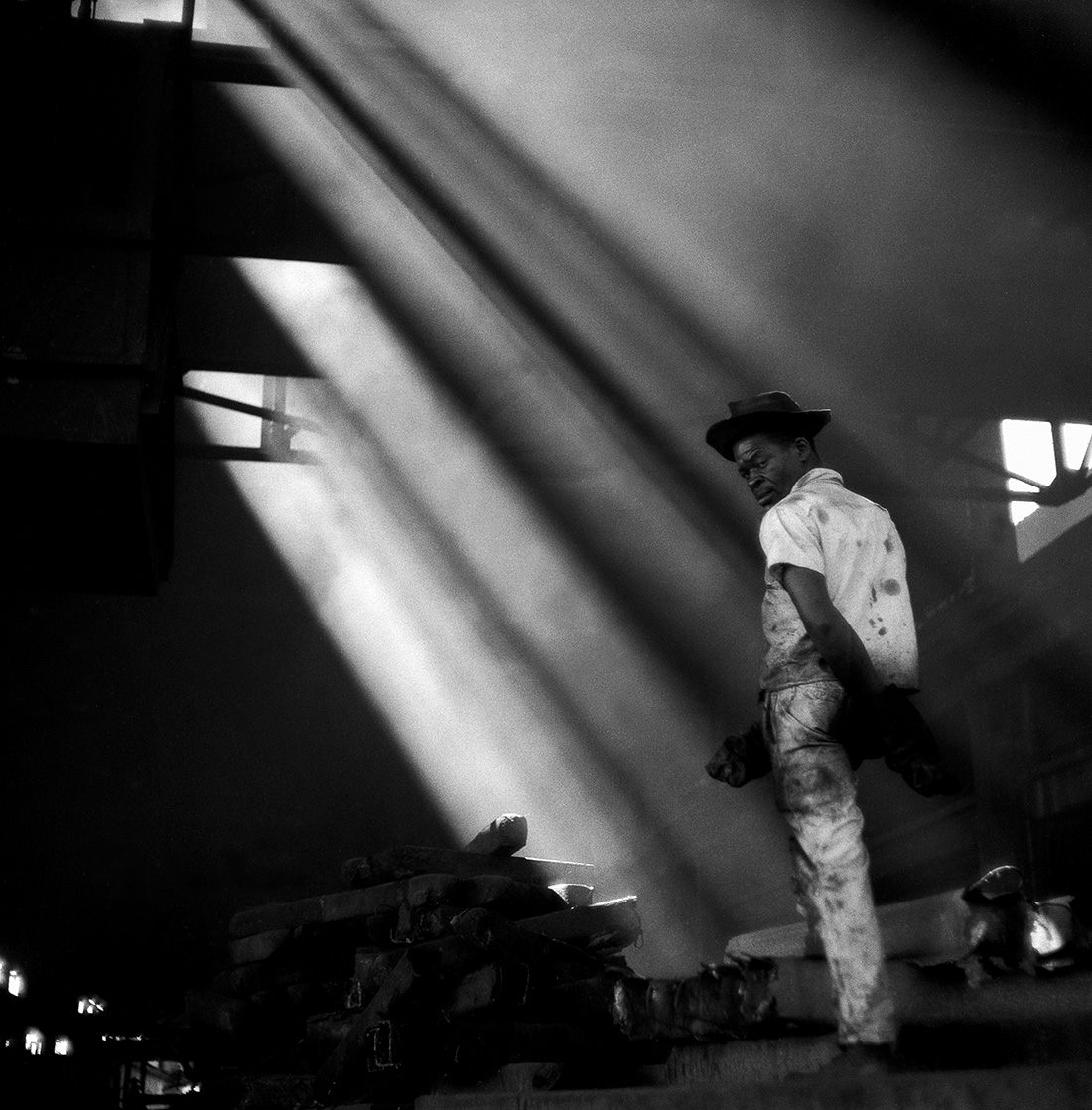 Marcel Giró was born in Badalona (Spain) on October 20th, 1913, son of an industrialist in the textile industry. He was the second of six children.

He studied at the National School of Badalona and later in the Industrial School of Terrassa, while working at the family factory.

Since his youth he was fond of mountain trekking and photography.
At the beginning of the Spanish Civil War he enlisted as a volunteer to the Pirenaico Regiment, depending on the Generalitat of Catalonia. In 1937, disappointed by the constant fighting between the different factions fighting against Franco, he decided to exile.

He walked through the Pyrenees from Berga to France where he spent nearly two years doing all kinds of jobs. Finally in 1940 he was able to travel to Colombia with two Catalan companions, where they set up a small textile business.

He married Palmira Puig, and they moved to Brazil, where they settled.
In Brazil Giró resumed his hobby and ended devoted to professional photograpy. In 1953 he opened his own studio in Sao Paulo, Estúdio Giró.

He exhibited his works all over Brazil and around the world. One of his photos, Luz e força, was selected for the exhibition Photography in the Fine Arts (New York, 1968) and is part of the collection of the Metropolitan Museum in New York. Currently there are works of Giró at the Art Museum of Sao Paulo (MASP), the MoMA in New York and in numerous private collections around the world.
Giró was also one of the pioneers of advertising photography in Brazil. In his studio worked young assistants that later become world-renowned as great photographers like JR Duran and Marcio Scavone.

After the death of his wife in 1978, he left professional photography and artistic photography. He sold the studio and returned to Catalonia.

During the 80’s and 90’s, he traveled with his partner Paquita Raigal and began to paint with a very close criteria to his Photography works of the 50s.

First of all, thank you very much for visiting the gallery, and welcome to the world as Miguel Cabezas sees it through his viewfinder.
Miguel is currently a member of AFI (Irunesa Photographic Association), CEF (Spanish Confederation of Photography), and FIAP (International Federation of Photographic Art).
“I like to photograph especially the coastal landscape, but I am also really interested in trying to photograph everything around me, as I am also passionate about street and urban photography, architecture, and creative etc.…”
Miguel’s goal is to make photographs that portray the ordinary in an unusual and unique way. To accomplish this, he employs a variety of techniques – both in and out of camera (long exposure, filters and software).

Ever since I was a little girl, photography has been part of my life. I remember the first type of cameras I used with nostalgia, those point-and-shoot with a film roll I took myself to the photography shop to be developed and checked what the photographs looked like. Nowadays, all of that has been lost with digital technology but I still look back to those childhood days where I discovered a true passion.
As I grew up, my interest on photography kept growing with me, however I never thought of it as a professional career, maybe because of the pressure of parents and society, so I ended up studying a Bachelor Degree in Tourism Management at the University of Granada in Spain, so photography remained a hobby I liked to practice at any chance I had. I decided to study that particular degree because I have always loved to travel to new places and discovered other cultures by the hand of local people. I think the world is too big and interesting to only stay in the same place for my whole life. Keeping that idea in mind, I have lived in Italy and London for a long period of time while travelling around Europe.
My period living in London opened my mind to a quite new level I never experienced before. The spare time I had from work I used it to develop my senses by going to museums, galleries and every kind of artistic performance which could help me take the step to change my passion about photography into a professional career.
The type of photography I discover to like the most and, most importantly, that I think adjusts better to my own style and personality is the one showing the daily life and common things happening around us all the time without noticing in an artistic point of view. I believe we all have a particular way of seeing the world and I truly think is the duty of a photographer to “freeze” that moment, give it soul and meaning, show it and try to open the eyes of those who are too busy to look around, especially these days we are living now.

Eugeni Forcano entered the world of photography like a whirlwind, answering Josep Vergés and Néstor Luján’s invitation to joint the magazine Destino in 1960. Self-taught and intuitive, he gazed with wisdom, passion and irony at all around him. In 1964, Joan Perucho highlighted the human depths of Forcano’s work, whilst in 1966, Josep Pla, always sparing in this praise, said of him: “He is a great photographer, a great artist. He is different and unpredictable. Singular”. According to José Corredor–Matheos Forcano “makes us to see that reality is always surprising”. Forcano has the gift of anticipation. Andrés Trapiello insists that “the most important thing in his photographs is the beating of all that is still alive”, whilst Josep Maria Espinàs considers that “you can hear his characters speak”.

Photography marked Forcano’s life forever. An evolutionist and a dreamer, his career embraced different stages: fashion, illustration, symbolism… as well as painstaking research into colour as a new form of artistic expression. Jorge Rueda, writing about Forcano’s colour photography, congratulated him: “At last you have managed to photograph sighs”. Javier Pérez Andújar defines him as follows: “He is, more than an avant-garde photographer, a vitalist photographer who understands the language of his time”.

The facts would appear to confirm this. According to Josep Maria Huertas Claveria, Forcano is “one of the greatest photographers Catalonia has ever produced”. An estimated 9 million Syrians have fled their homes since the outbreak of civil war in March 2011.   According to the United Nations High Commissioner for Refugees (UNHCR), over 3 million have fled to Syria’s immediate neighbouring copuntries.These pictures  show syrian refugees living conditions in Turkey, Lebanon and Jordan, three countries which have given refuge to more Syrians than any others. The report cover a variety of situatios and aspects of their lives: the large refugee camps in Jordan, the small settlements in Lebanon, life in  cities such as Gaziantep or Beirut, child labour, the hospitals where the wounded are treated and so on.

Luis Beltrán tells the stories of his daydreams through his latest body of digital print photographs. These quietly seductive works hold a deep and moving quality of innocent desire. Figures appear at the ends of alleys, above cityscapes, and up trees; they draw you towards them, making the eye chase its new companion. Beltrán’s photos produce a dreamlike sensation, the product of their deeply saturated, yet muted, coloration. While objects around the periphery of the central image maintain a luscious intensity with their dark shadows and full mid-tones, the focus shifts as the eyes finds a hazy subconscious perspective. The figures which are central to this misty state call feelingly to the viewer. Beltrán has created a world that captures a sense of the ‘other,’ and speaks to the mind’s natural curiosity. His photos call to a place within us all and echo the inner child’s adventurous and courageous nature.