He has worked for WWF, CNN, the Ford, Clinton and Gates Foundations, the Nike Foundation and the World Economic Forum. Brent also shoots regular reports for Human Rights Watch. He has done numerous commercial assignments including annual reports for Novartis.

Brent was elected a member of the Young Global Leaders, an affiliate program of the World Economic Forum, in 2008 Brent became a Canon Ambassador, at the time one of 12 photographers representing Canon photography. That program has grown to over 100 members today.

Brent has been recognized by the United Nations for his work on the Environment and in the field of HIV/AIDS. He has won the Visa D’or at the Visa Pour L’ image Festival in France for Magazine photography. He also won the National Magazine Award for his work in the Democratic Republic of Congo for National Geographic Magazine. In 2016 Brent won the National Geographic Magazine Photographer’s Photographer Award. Brent guided a documentary on Virunga National Park in Conflict for National Geographic Television as well as appearing in the show. The documentary won the Emmy for Best Documentary Feature as well as a Bafta Award for Best Documentary. Brent received a Peabody Award for his work with Human Rights Watch for most significant work in an electronic medium. He was named Wildlife Photojournalist of the Year three years in a row by the Natural History Museum of the UK.

Brent Stirton is a senior staff photographer for Reportage by Getty Images, New York. He specializes in documentary work and is known for his alternative approaches. He travels an average of ten months of the year on assignment.

Stirton works on a regular basis for the Global Business Coalition on HIV/Aids, Tuberculosis and Malaria. He has been a longtime photographer for the World Wildlife Fund for Nature, shooting global campaigns on sustainability. He also works for the Ford and Clinton Foundations, the Nike Foundation, and the World Economic Forum.

“As journalists we often have to find new ways to tell an old story,” he says. “I believe in trying to tell that story in the most powerful way I can under the limited circumstance that time brings to any assignment. I am trying to be less concerned with who I am working for and more concerned about what I am doing with my time. This is [a] crucial period in our history on this planet and I want to feel like I am working on issues that matter beyond the sensationalism of the 24-hour news cycle.”

David Goldblatt (born 29 November 1930) is a South African photographer noted for his portrayal of South Africa during the period of apartheid and more recently that country’s landscapes. He has described himself as a “self-appointed observer and critic of the society into which I was born.” He has numerous publications to his name and is held in high esteem, both locally and internationally. He lives in Johannesburg.

Pieter Hugo is a photographic artist living in Cape Town. Major museum solo exhibitions have taken place at The Hague Museum of Photography, Musée de l’Elysée in Lausanne, Ludwig Museum in Budapest, Fotografiska in Stockholm, MAXXI in Rome and the Institute of Modern Art Brisbane, among others. Hugo has participated in numerous group exhibitions at institutions including Tate Modern, the Folkwang Museum, Fundação Calouste Gulbenkian, and the São Paulo Bienal. His work is represented in prominent public and private collections, among them the Museum of Modern Art, V&A Museum, San Francisco Museum of Modern Art, Metropolitan Museum of Modern Art, J Paul Getty Museum, Walther Collection, Deutsche Börse Group, Folkwang Museum and Huis Marseille. Hugo received the Discovery Award at the Rencontres d’Arles Festival and the KLM Paul Huf Award in 2008, the Seydou Keita Award at the Rencontres de Bamako African Photography Biennial in 2011, and was shortlisted for the Deutsche Börse Photography Prize 2012. 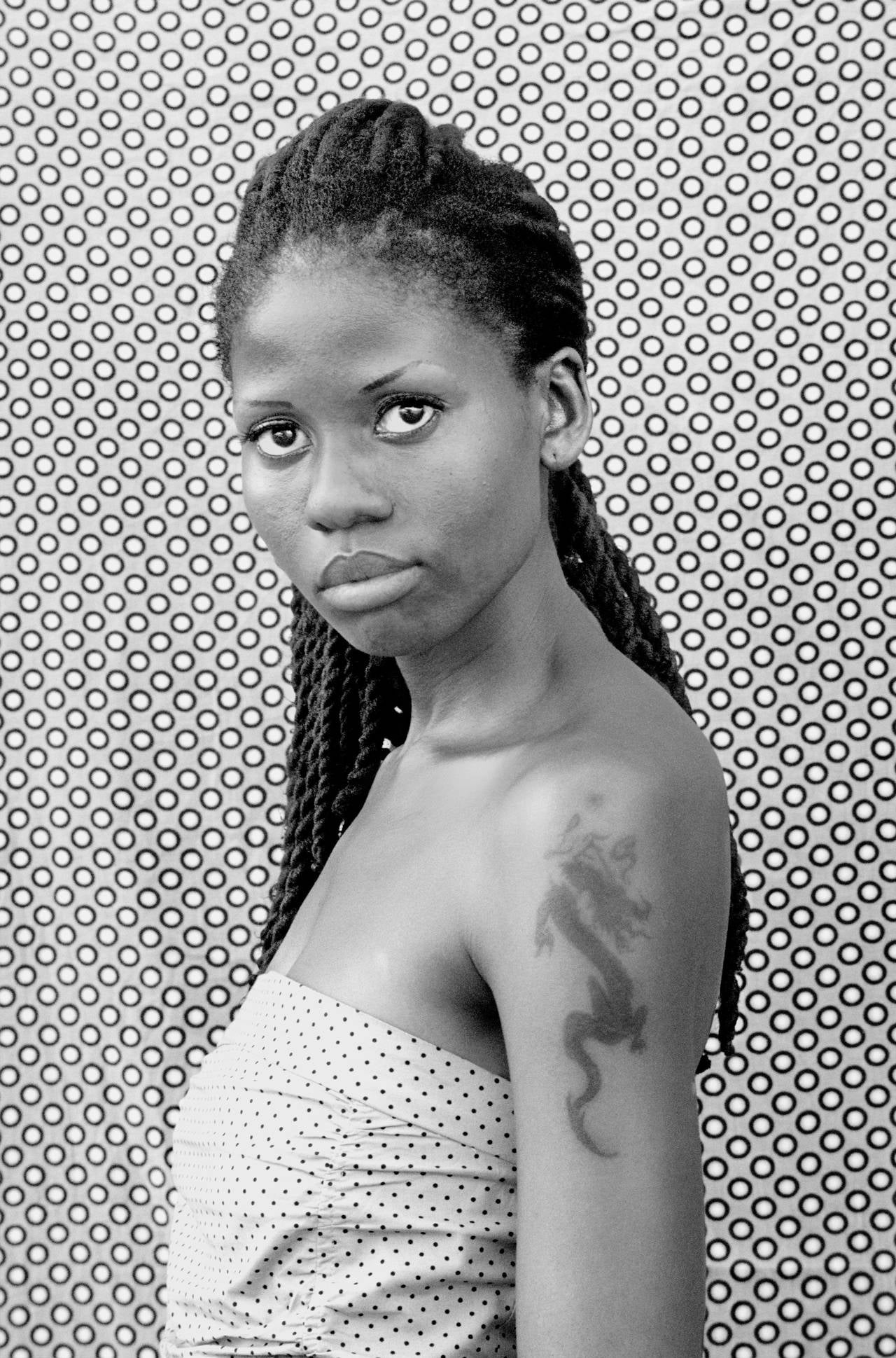 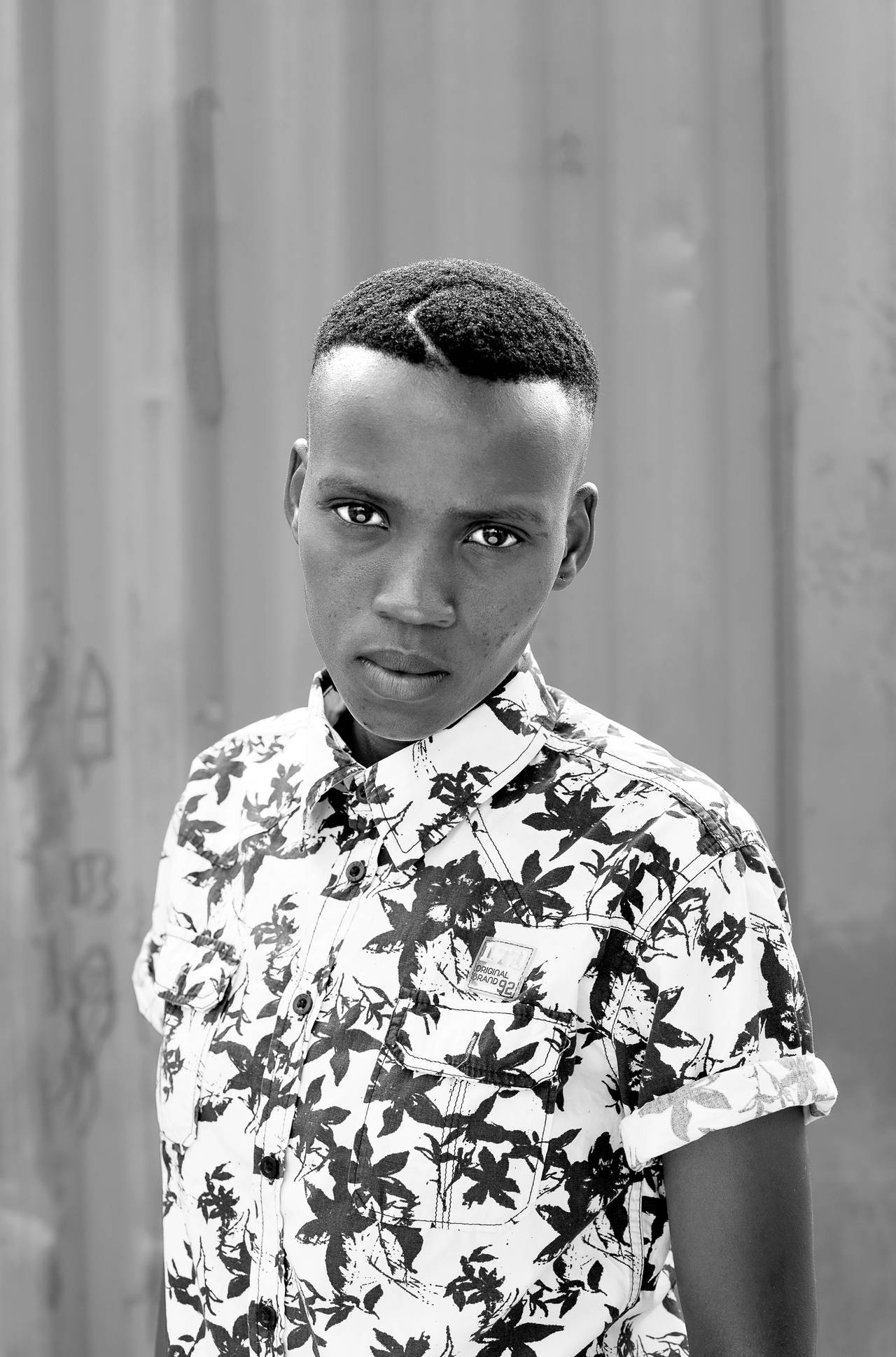 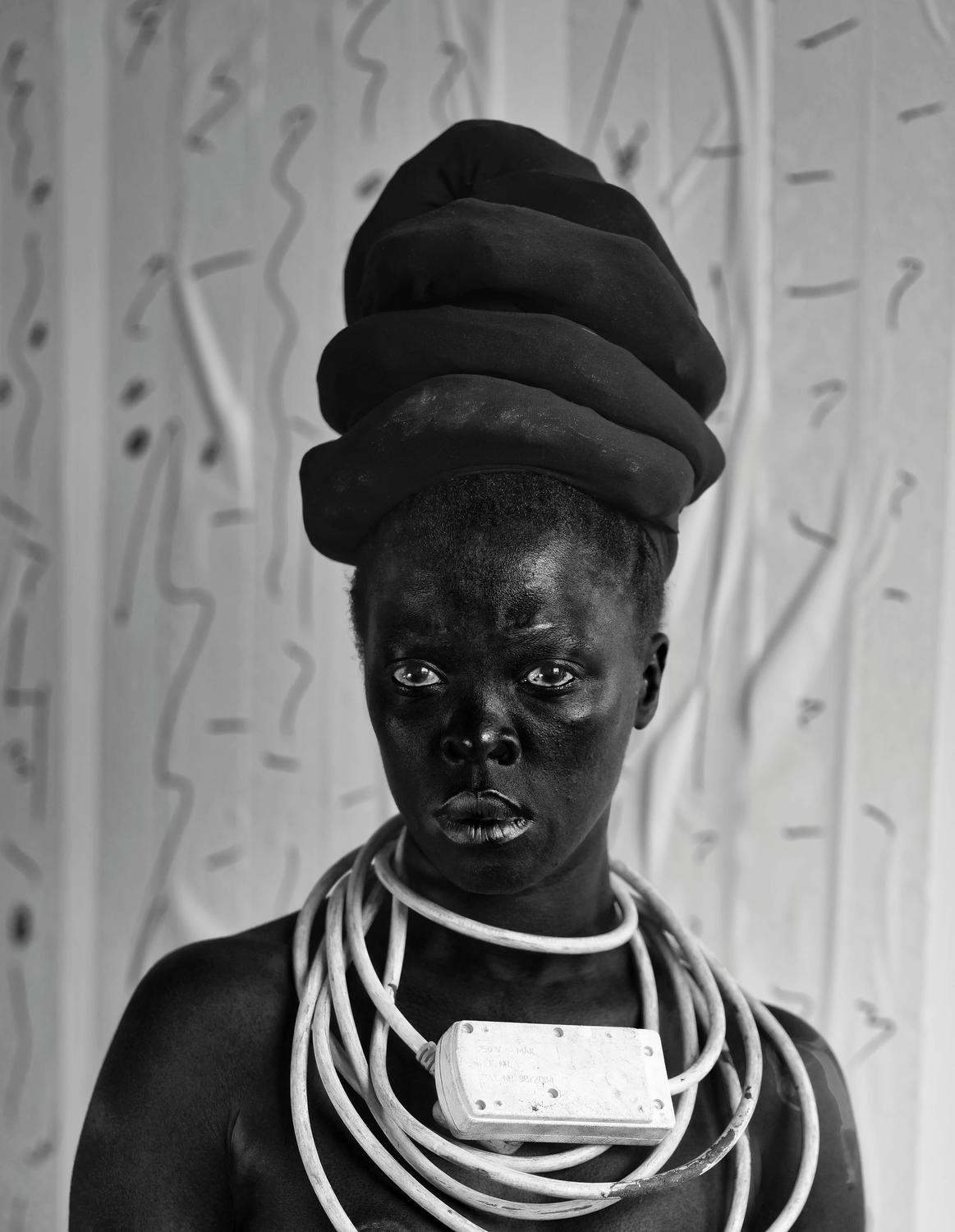 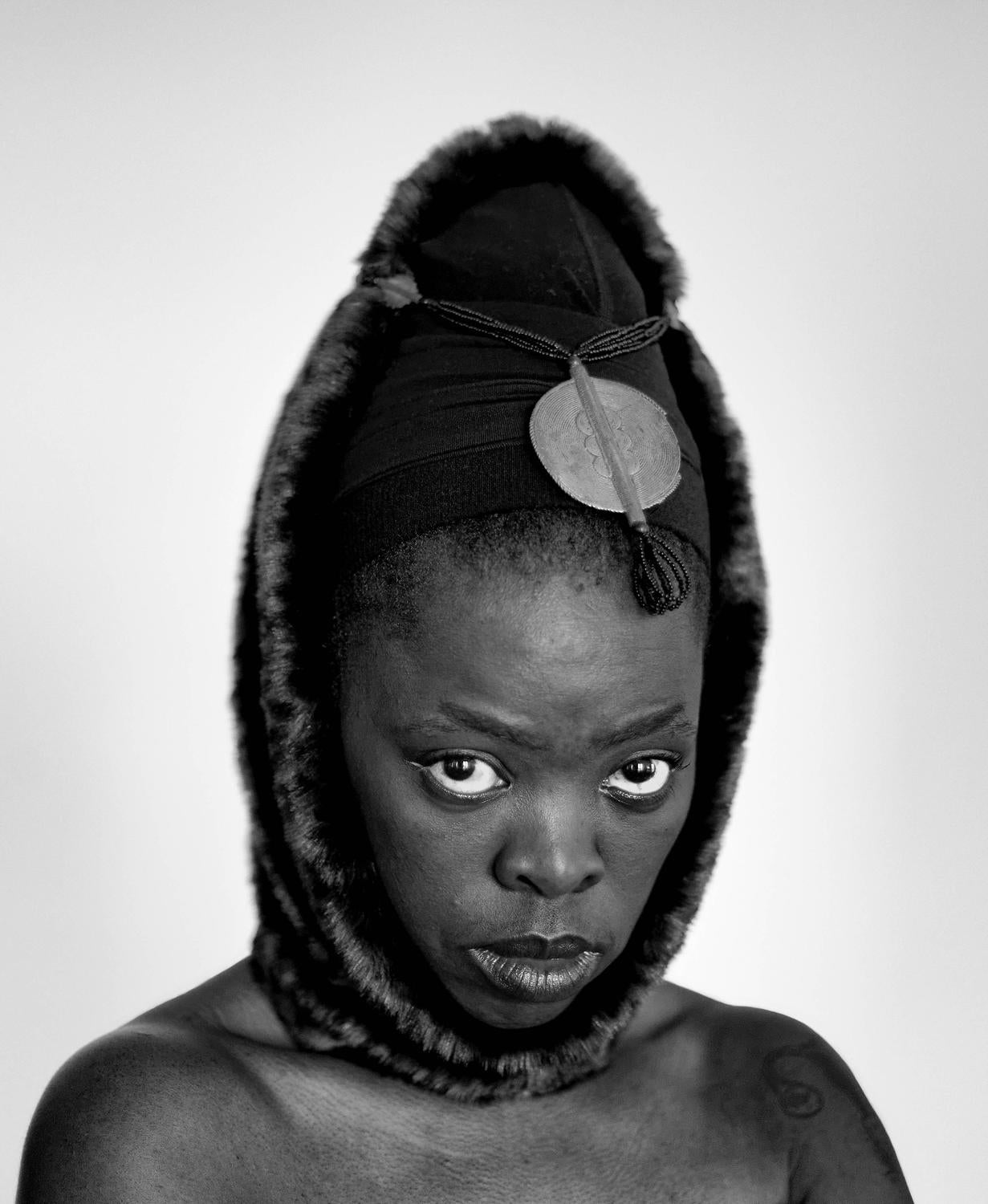 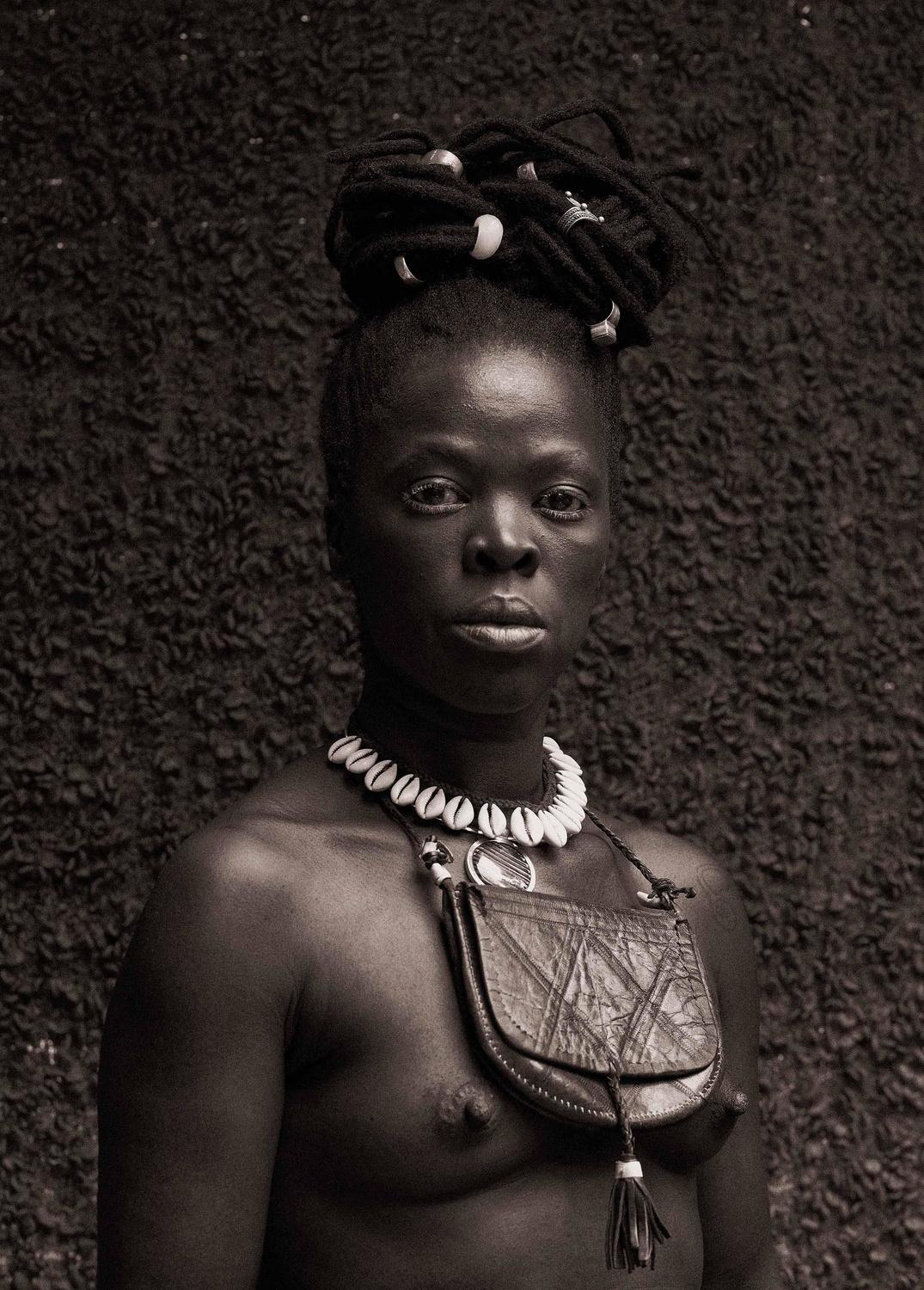 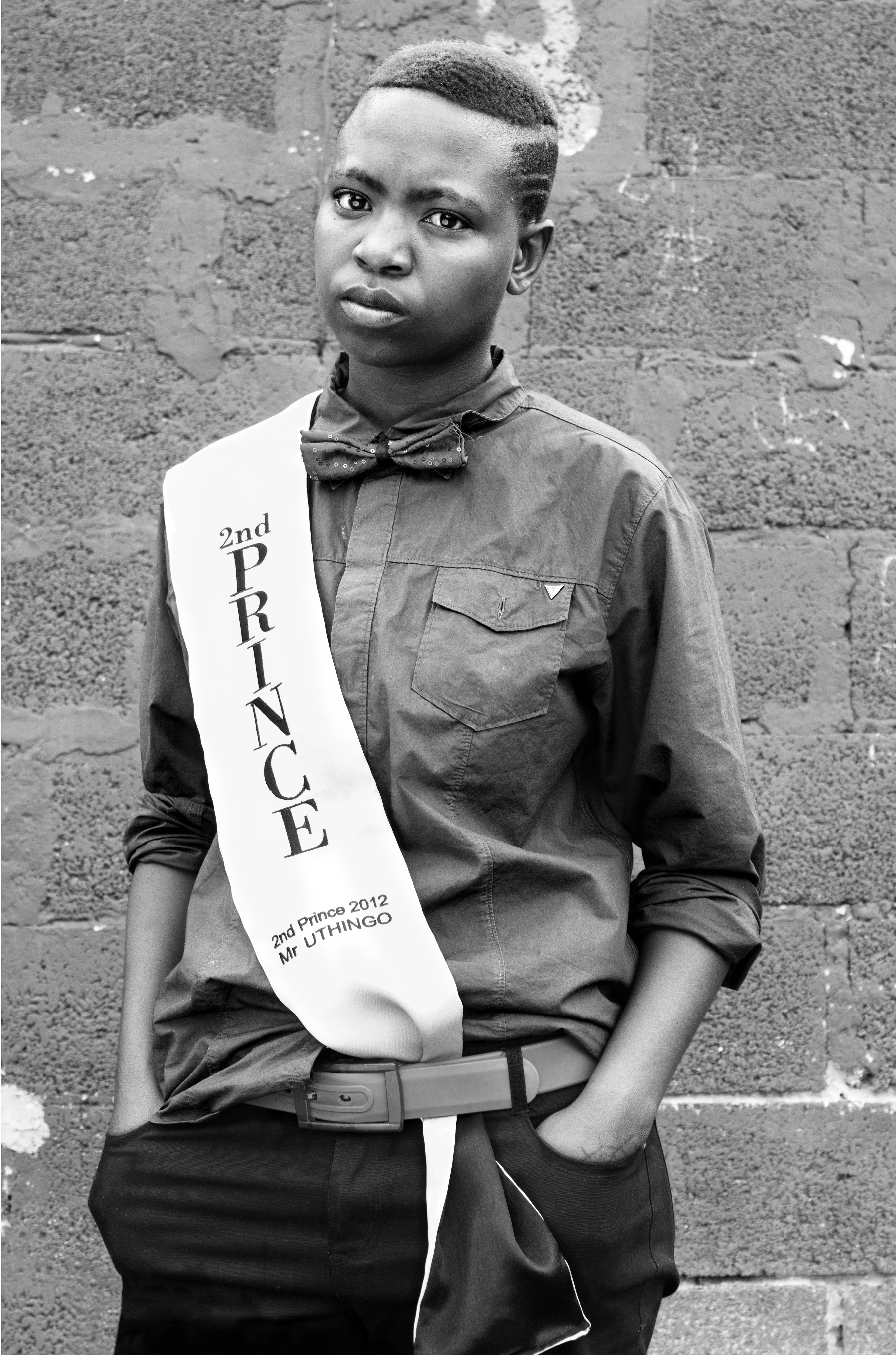 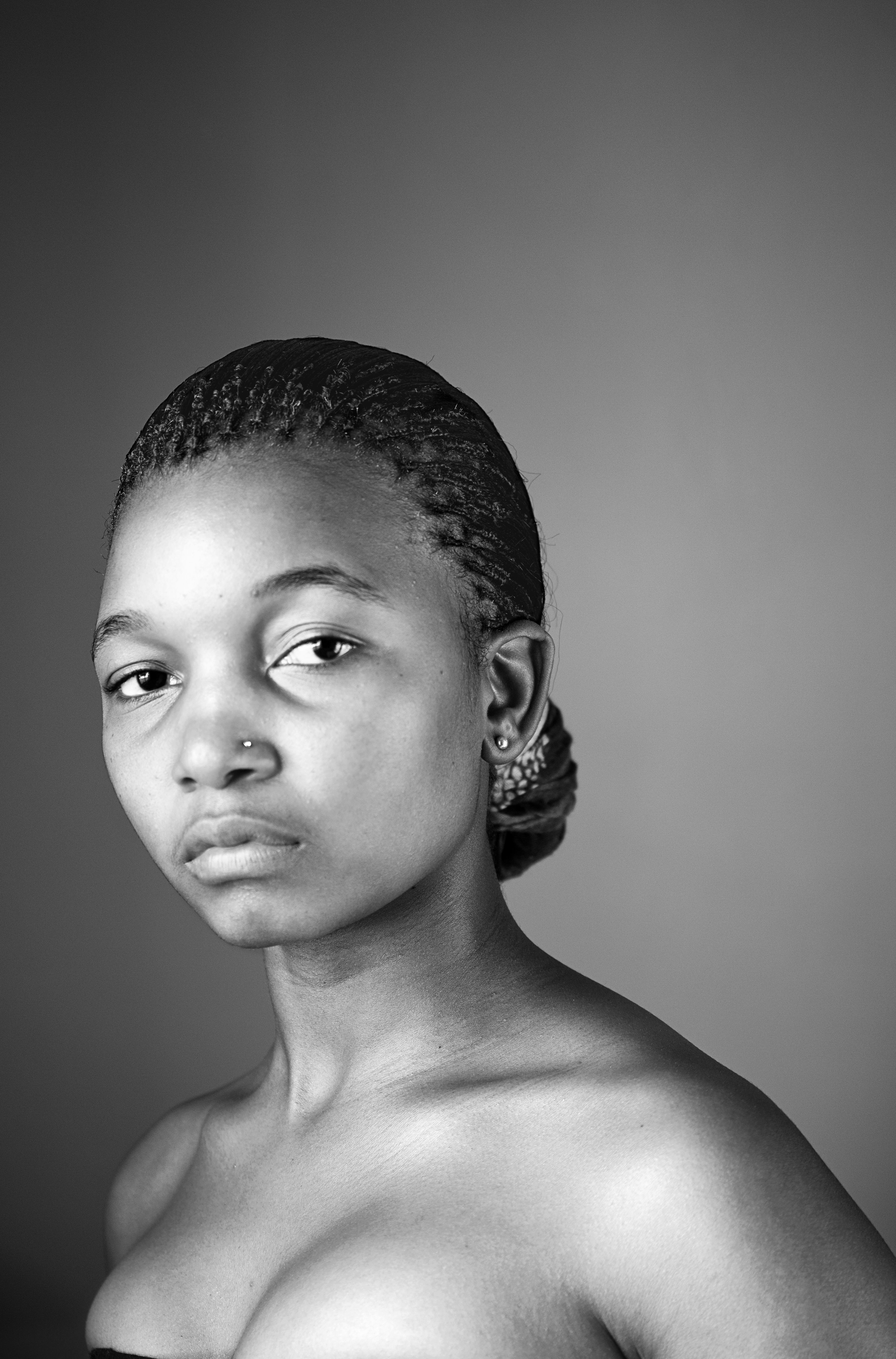 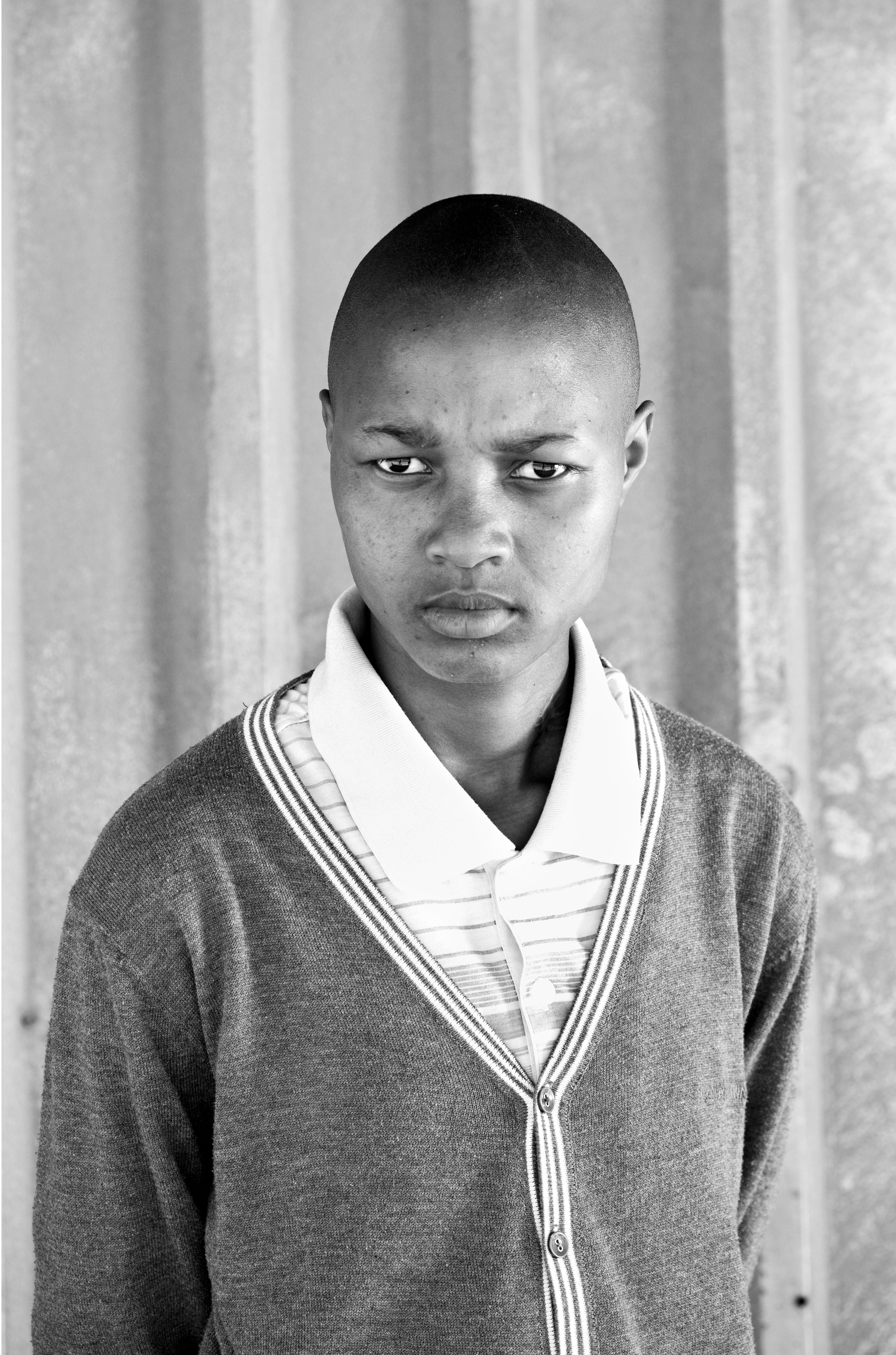 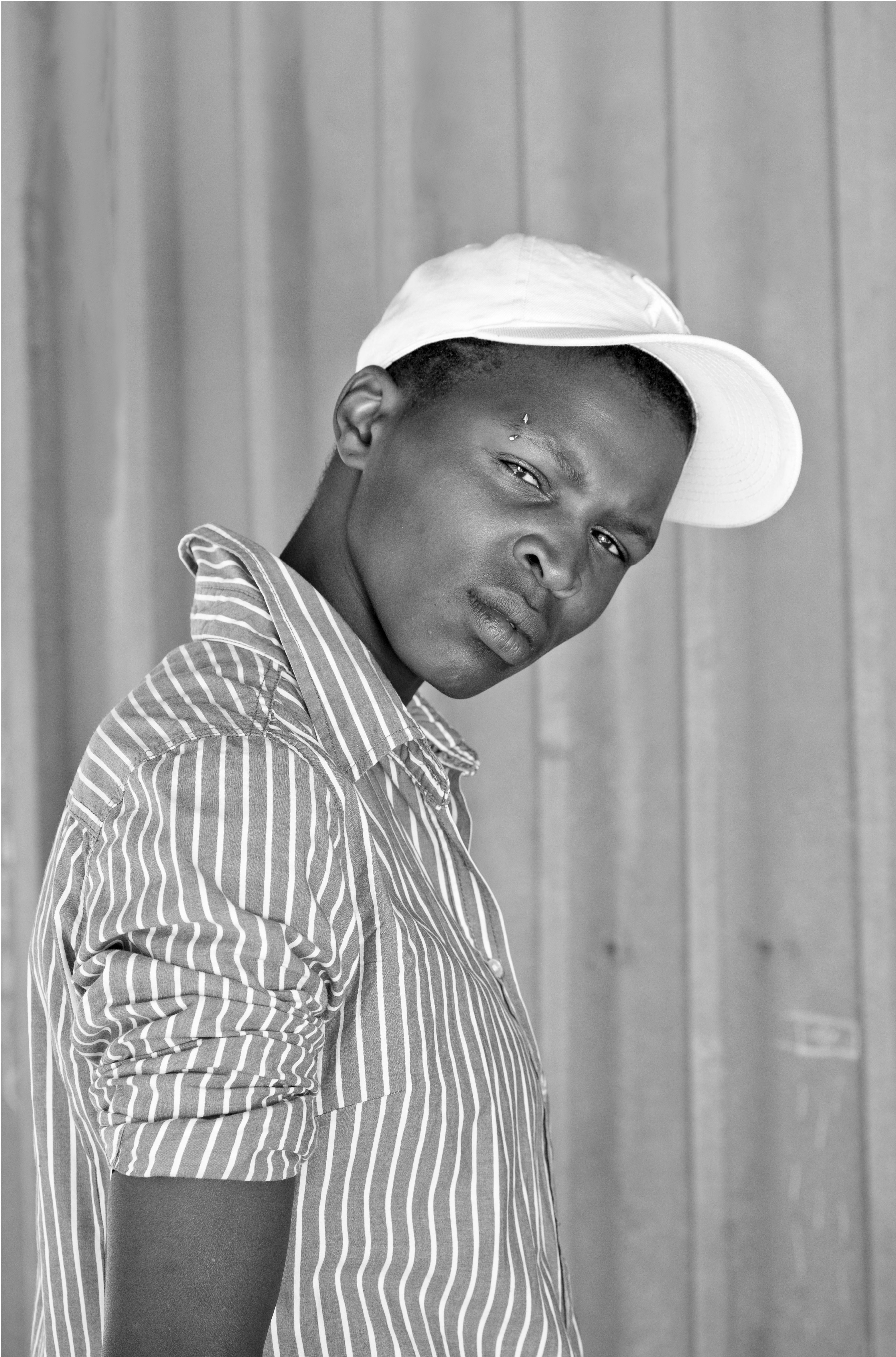 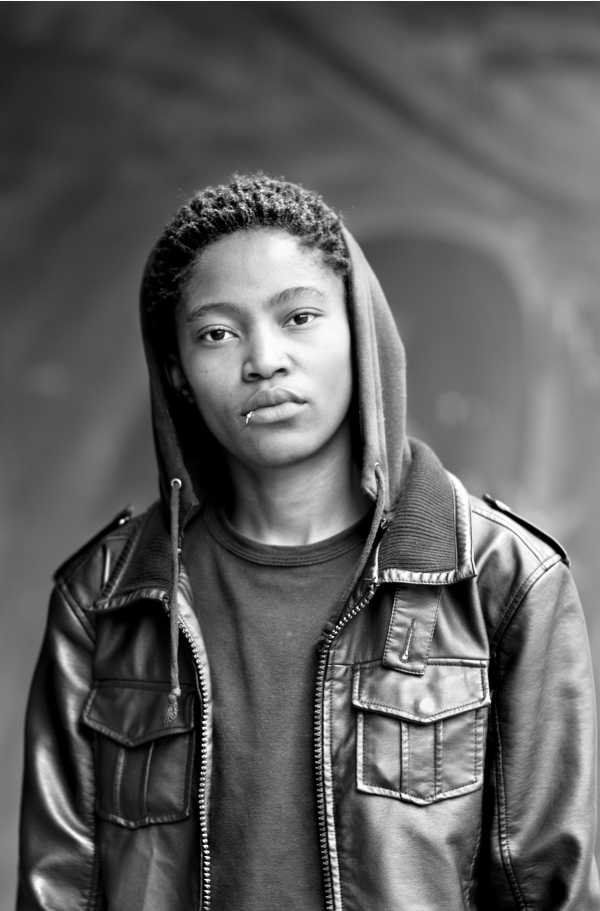 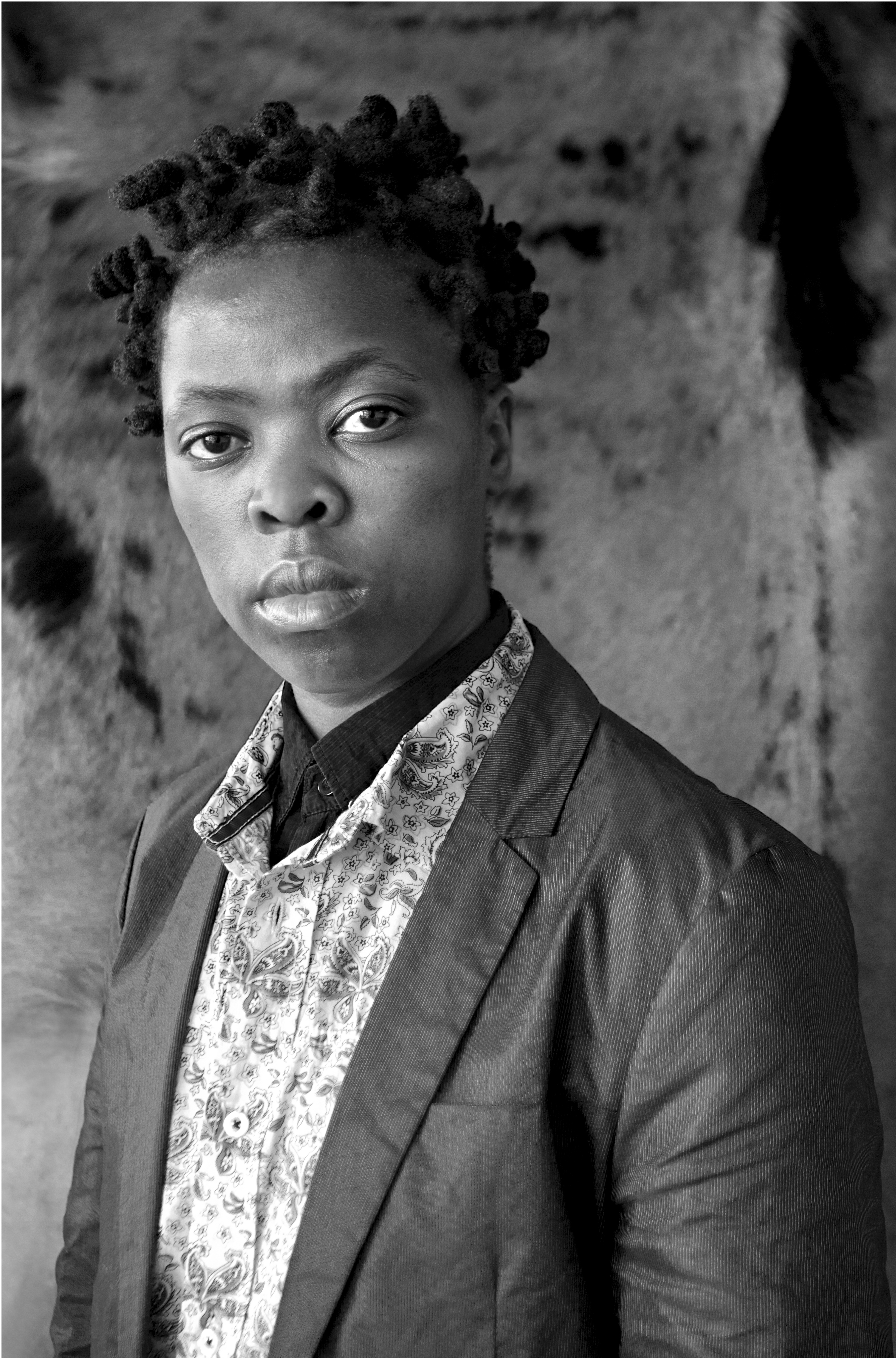 A photographer and self-proclaimed visual activist, Zanele Muholi explores black lesbian and gay identities and politics in contemporary South Africa. For her series “Faces and Phases” (2006-11), Muholi photographed more than 200 portraits of South Africa’s lesbian community. “The portraits are at once a visual statement and an archive,” she has said, “marking, mapping, and preserving an often invisible community for posterity.” Muholi’s sensitive portraits challenge the stigma surrounding gays and lesbians in South Africa, debunk the common rhetoric that homosexuality is un-African, and address the preponderance of hate crimes against homosexuals in her native country. Among other subjects, she has captured the survivors of “corrective rape”. In April 2012, thieves broke into Muholi’s Cape Town apartment and stole over 20 hard drives holding years of photographic documentation, suggesting the continued controversy and sensitivity surrounding the issues that Muholi’s works confront.

Justin Dingwall is an award winning photographer whose work has been exhibited locally and internationally. His work focuses on advertising, portraiture, fine art and fashion

Justin attended one of Africa’s finest art institutions where he received a Bachelor’s degree in Photography. Justin’s work has been featured in local and international publications and media.