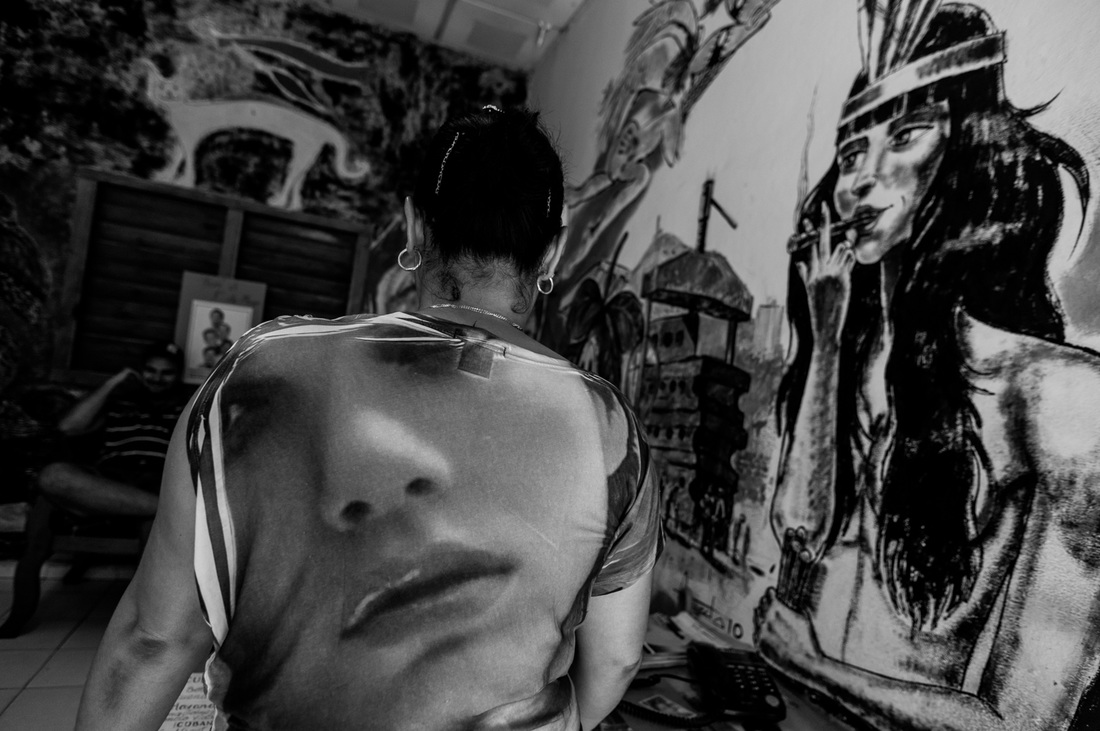 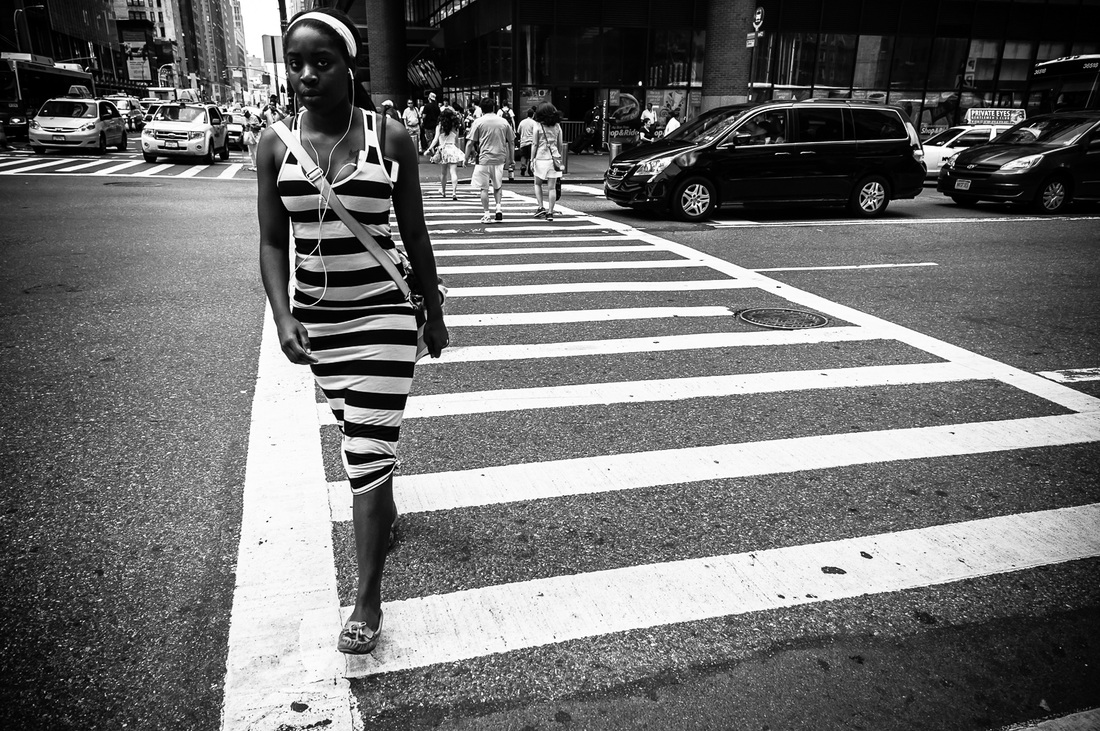 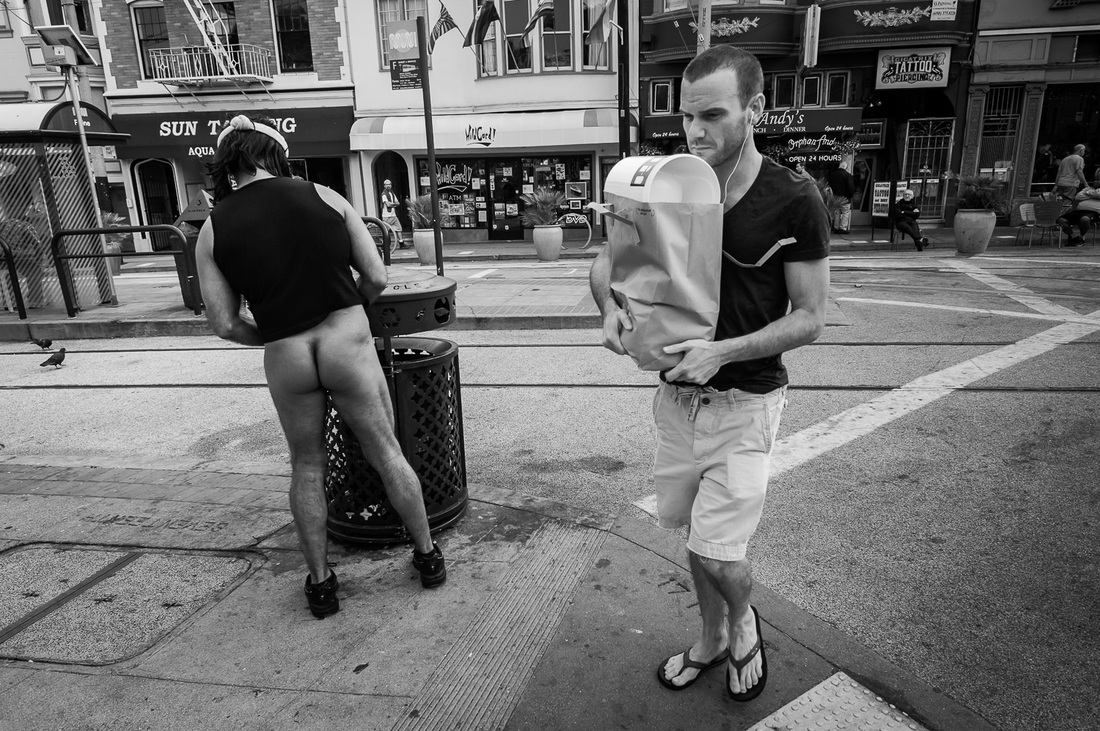 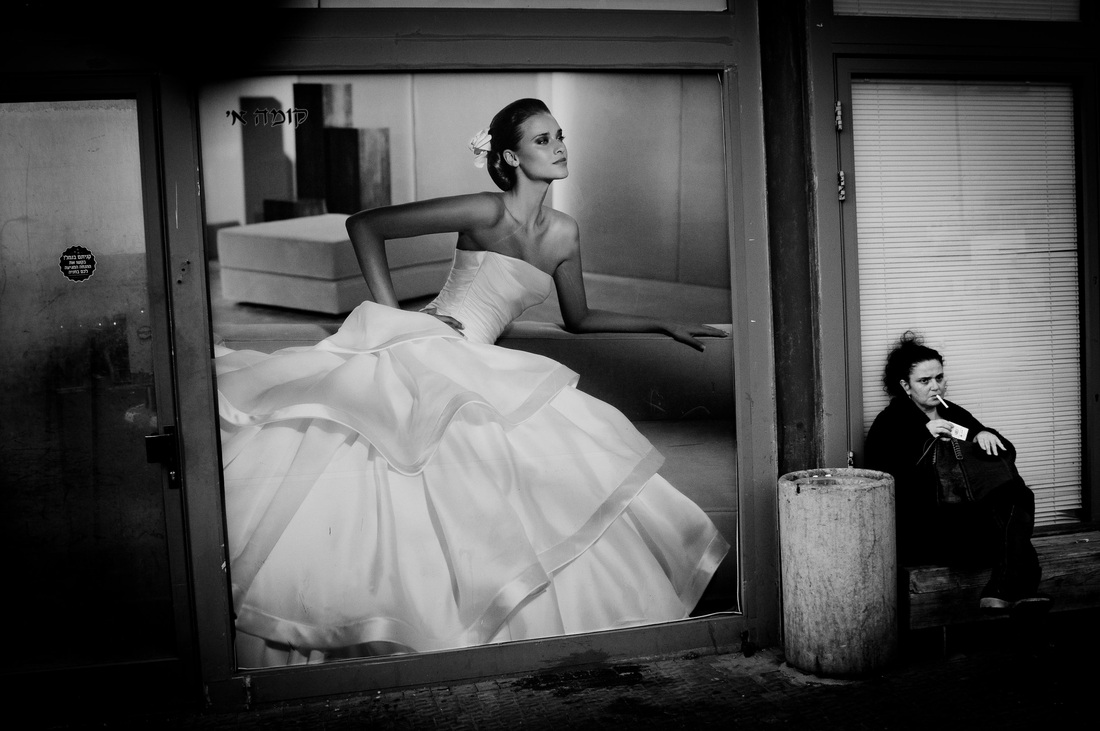 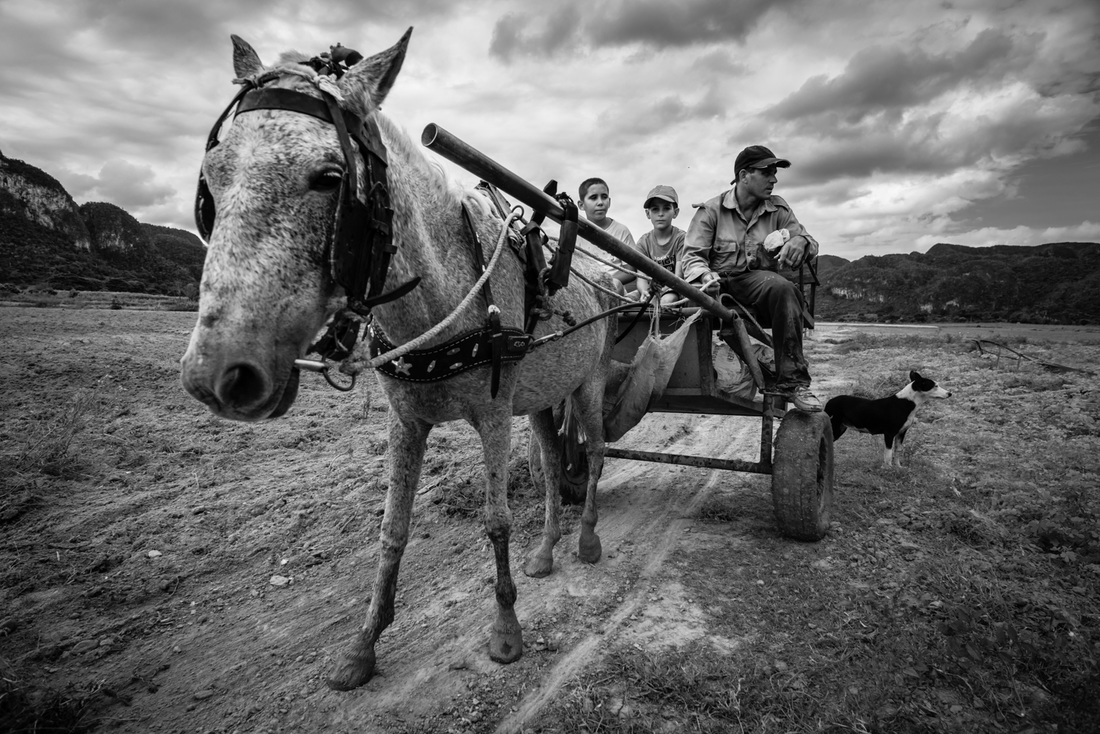 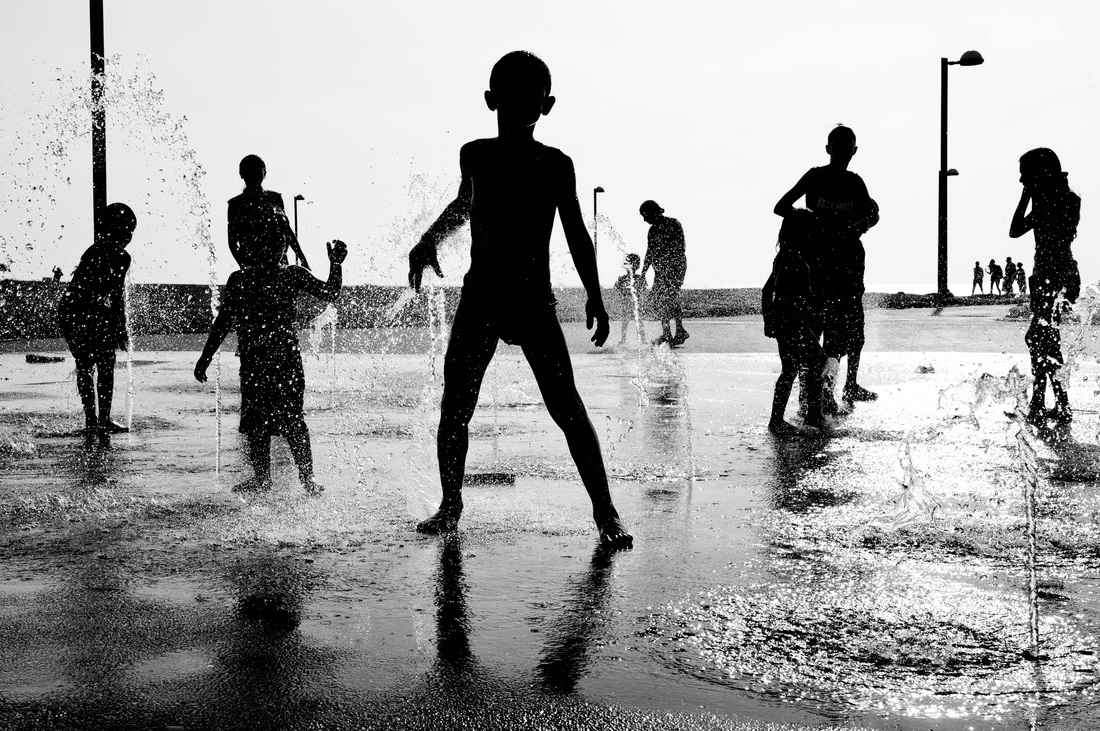 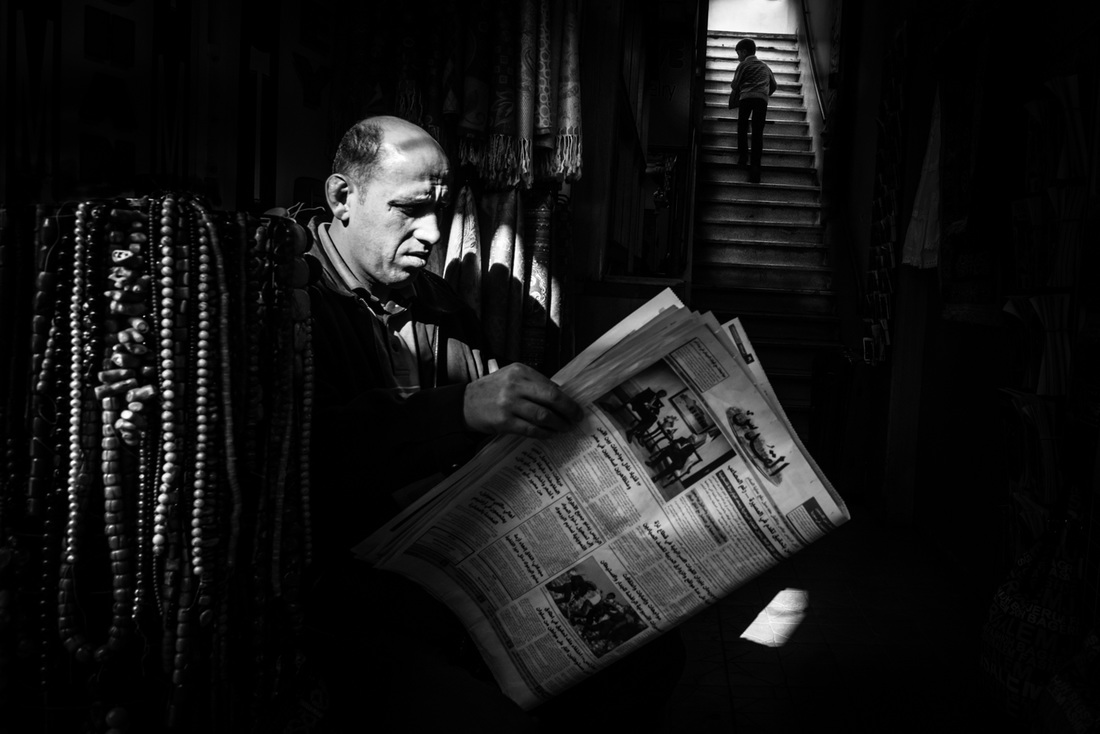 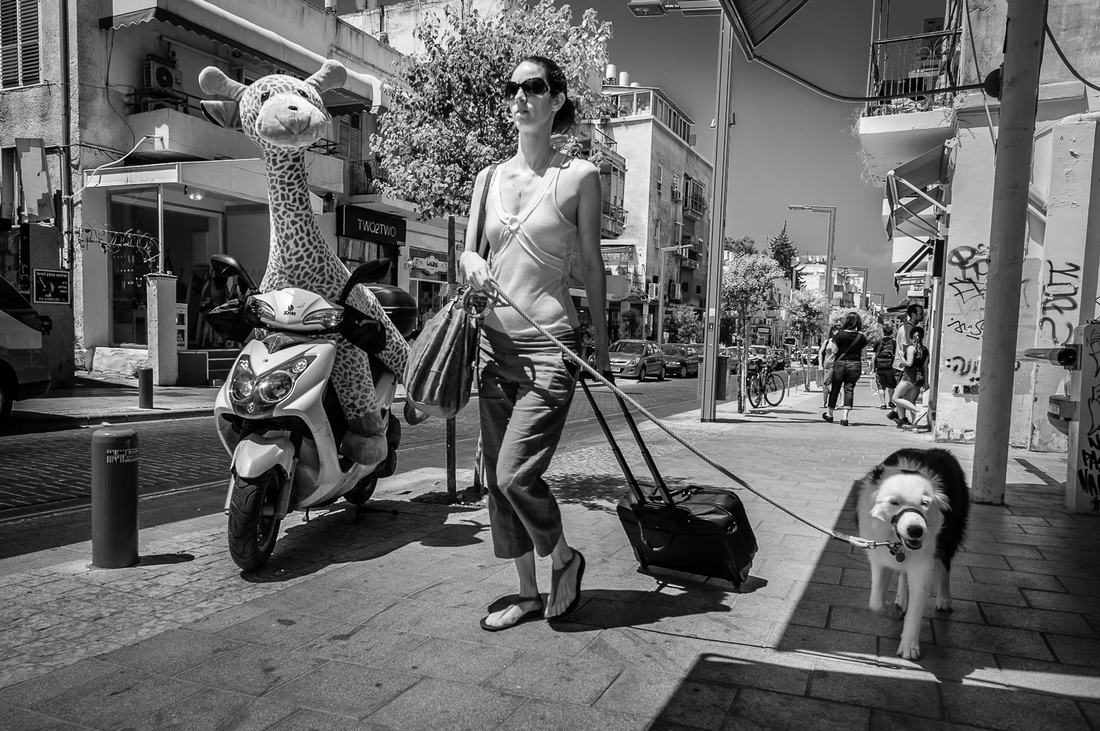 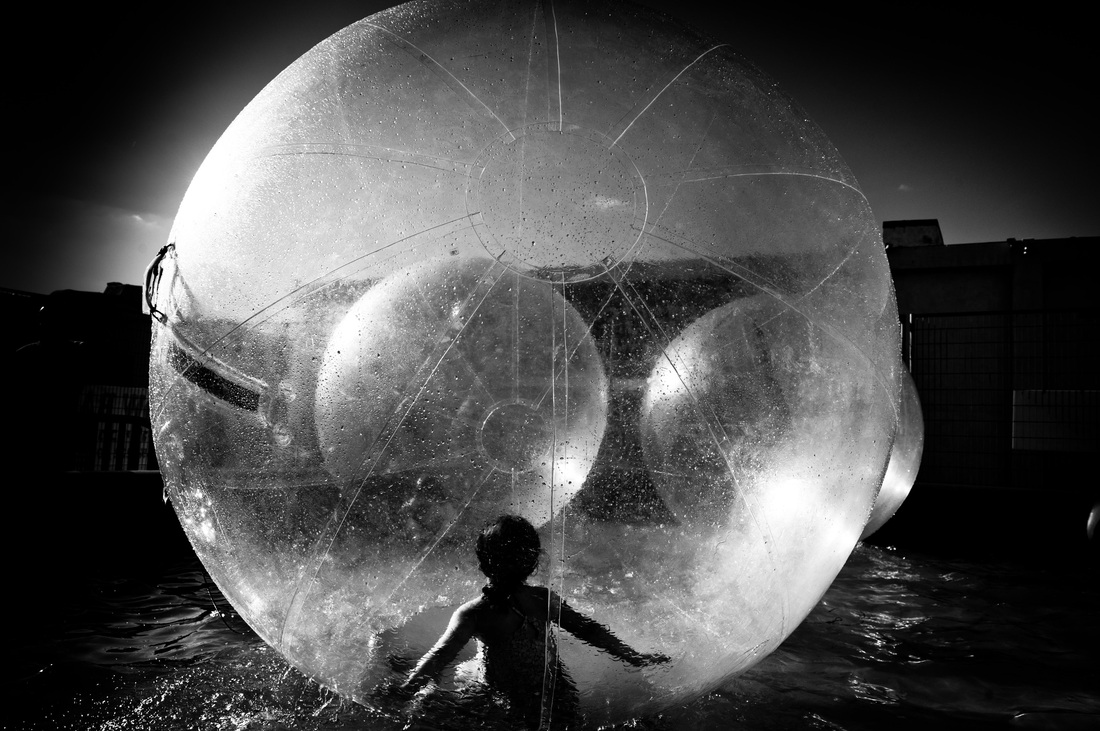 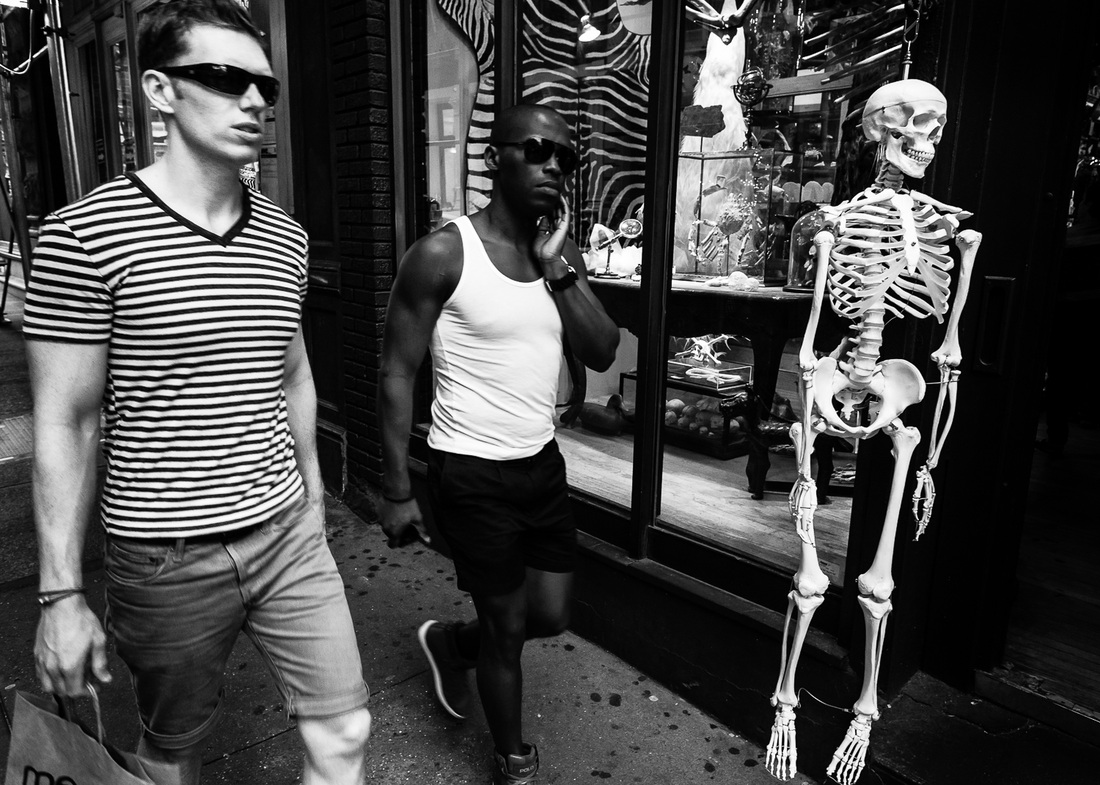 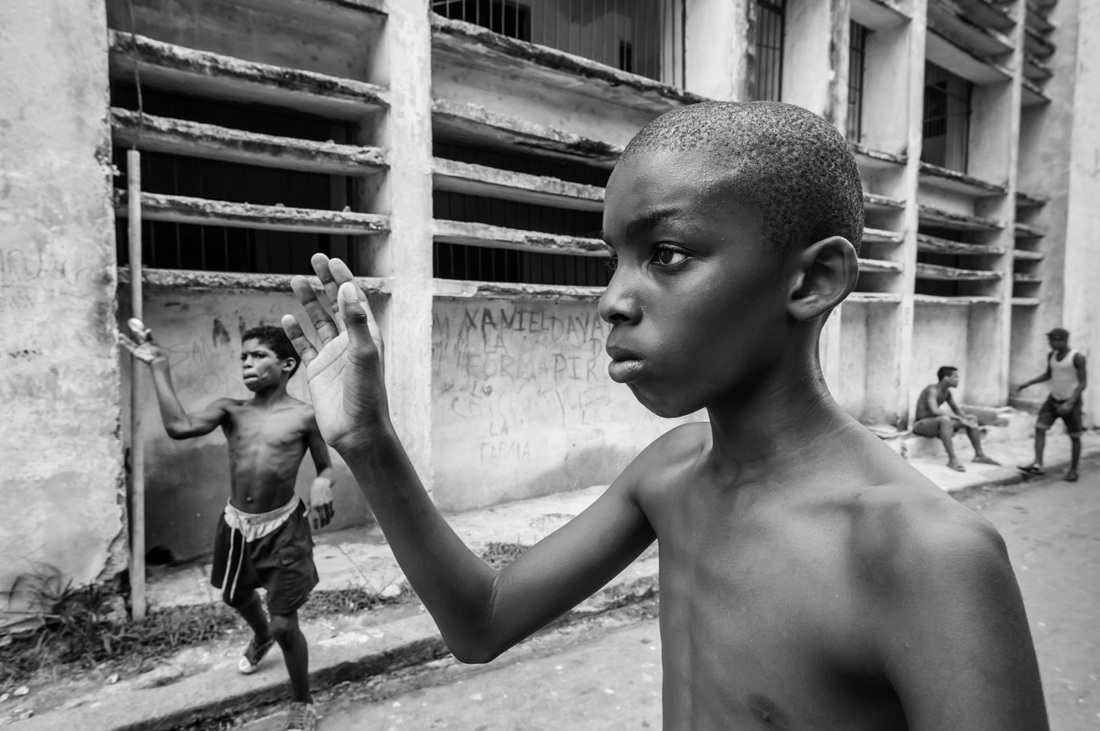 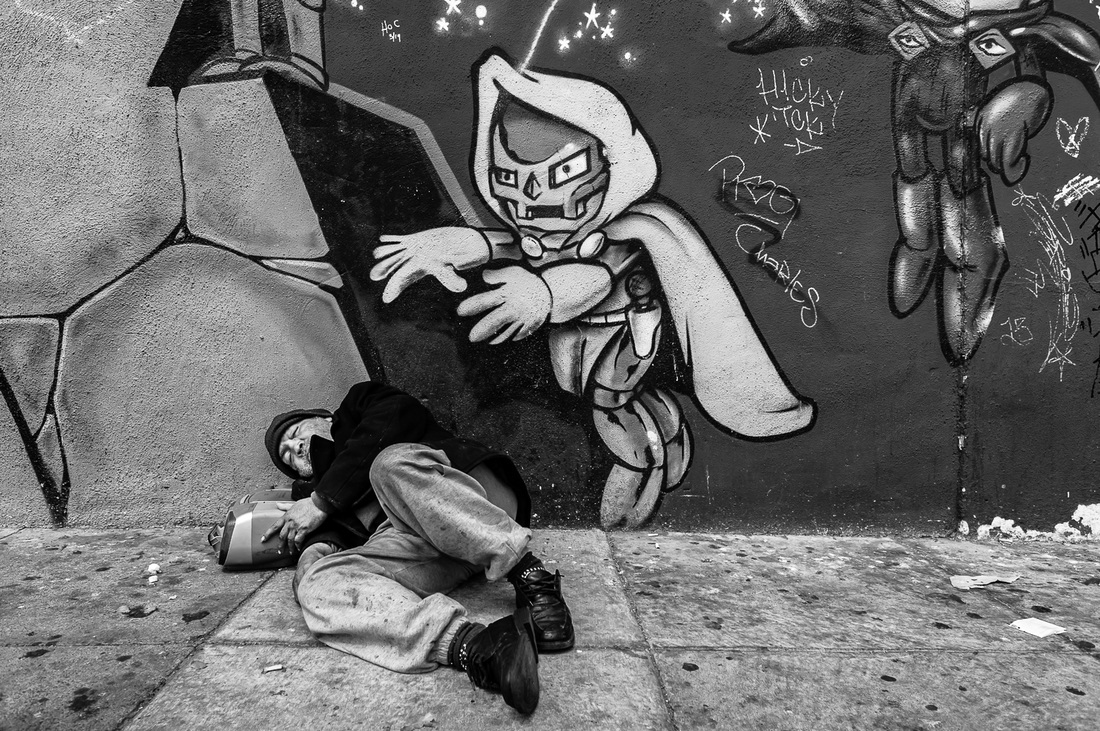 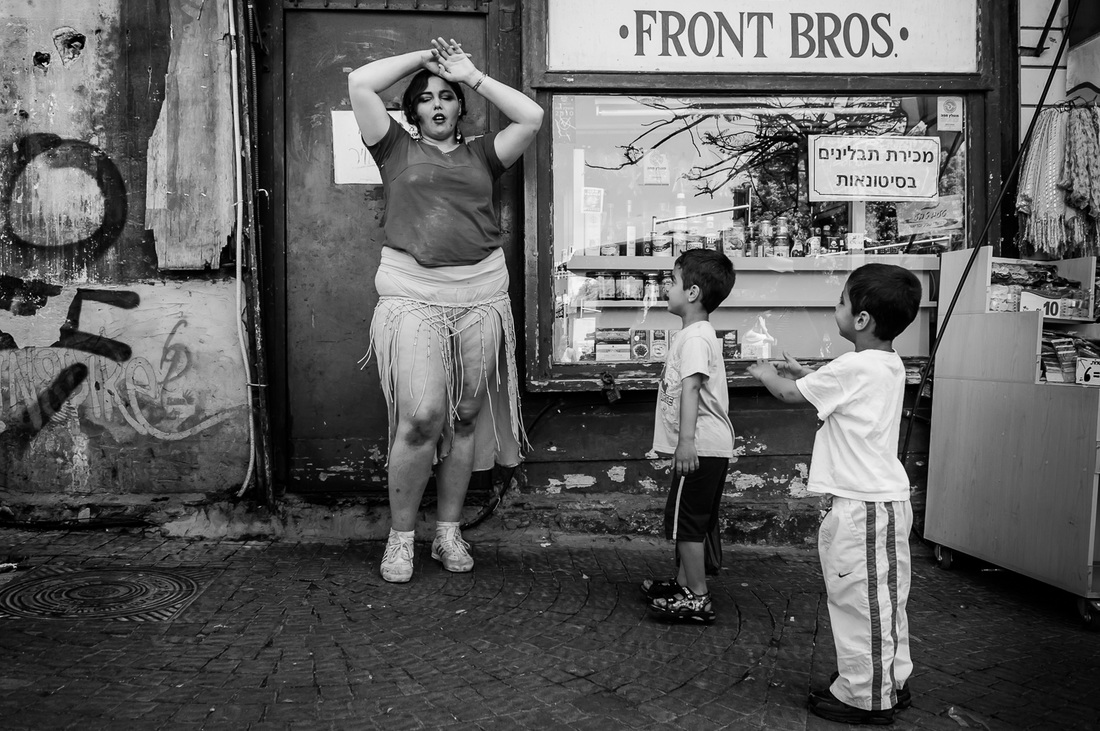 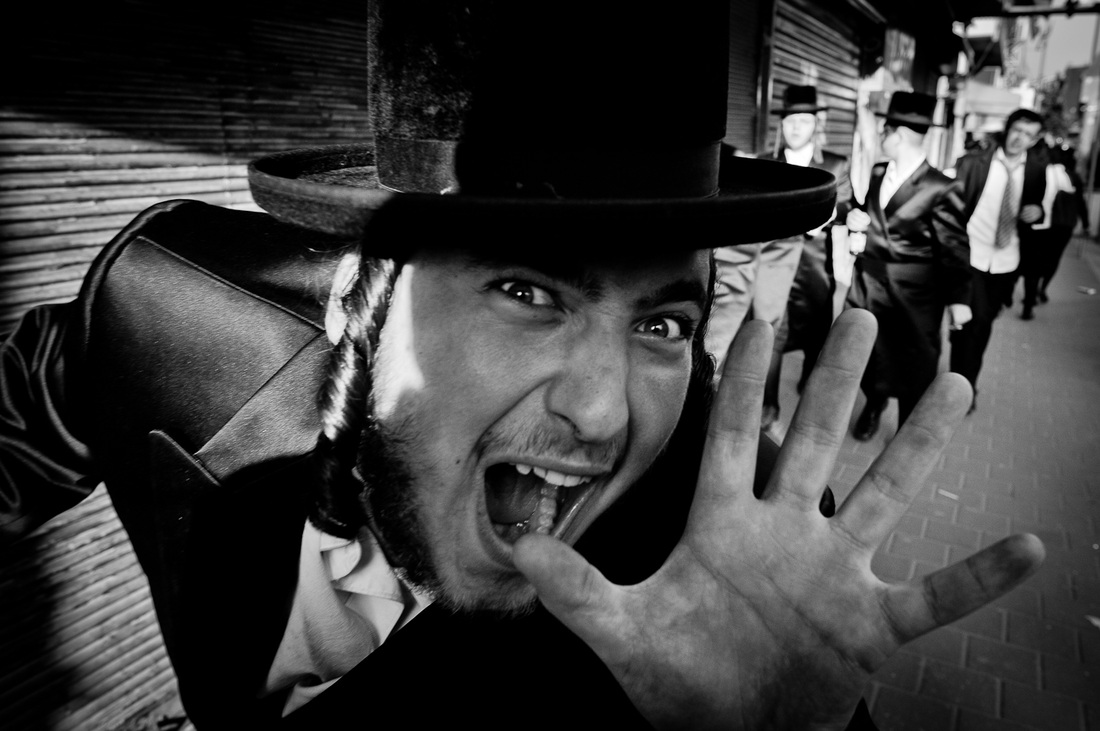 My name is Gabi (Gavriel) Ben-Avraham. I am 59 years old, and married with three children. I work in a software company and live in a quiet neighborhood of Tel Aviv, the city which I grew up in, have never left and is a part of me and my hobby – photography. I enjoy cinema and music, and during the 1980’s photographed using film cameras. I then did not touch a camera for 20 years until I received a digital camera as a gift for my birthday from my wife a few years ago. The rest is history…. 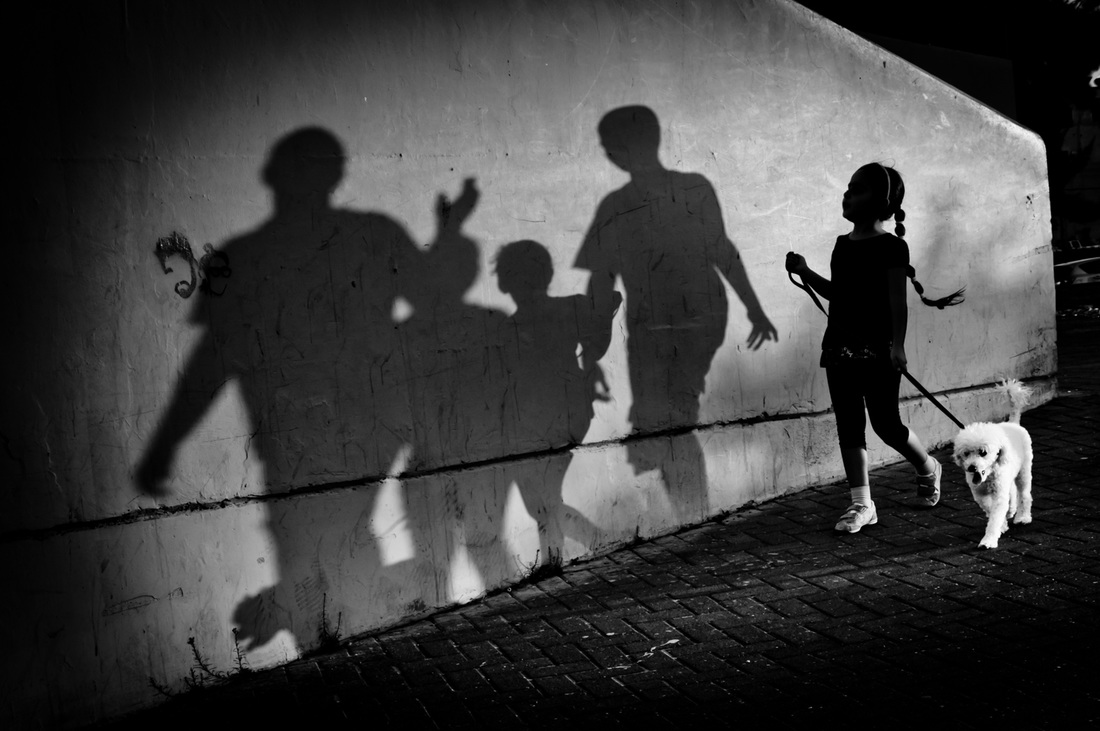 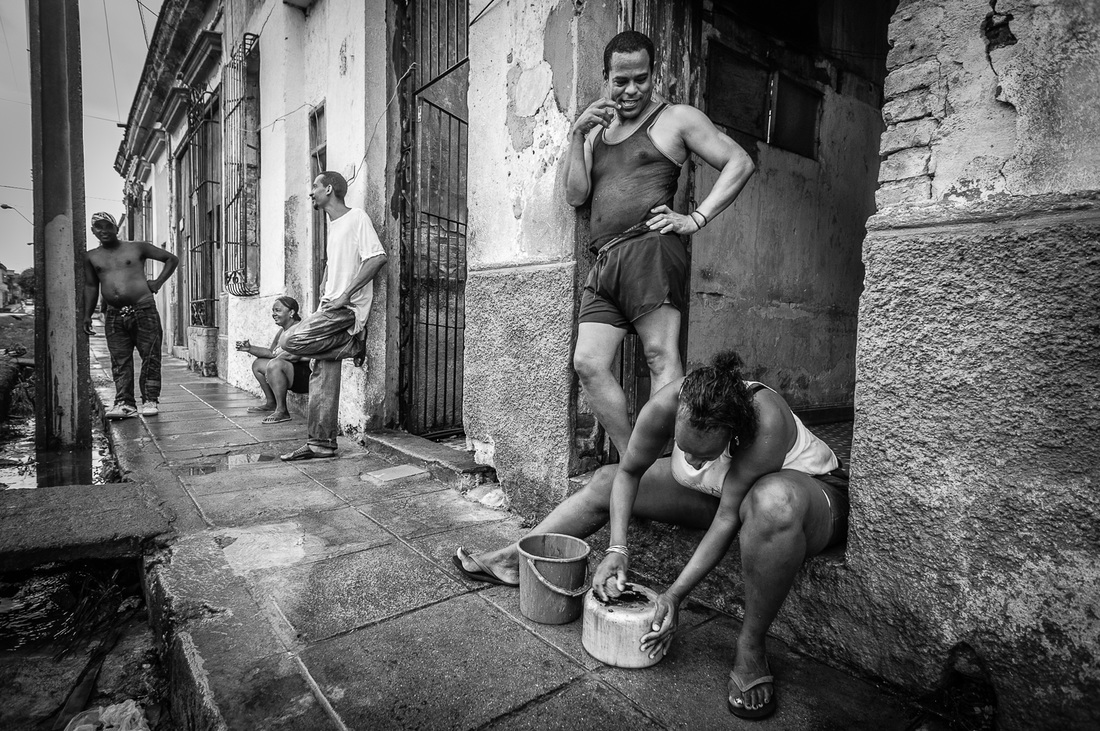 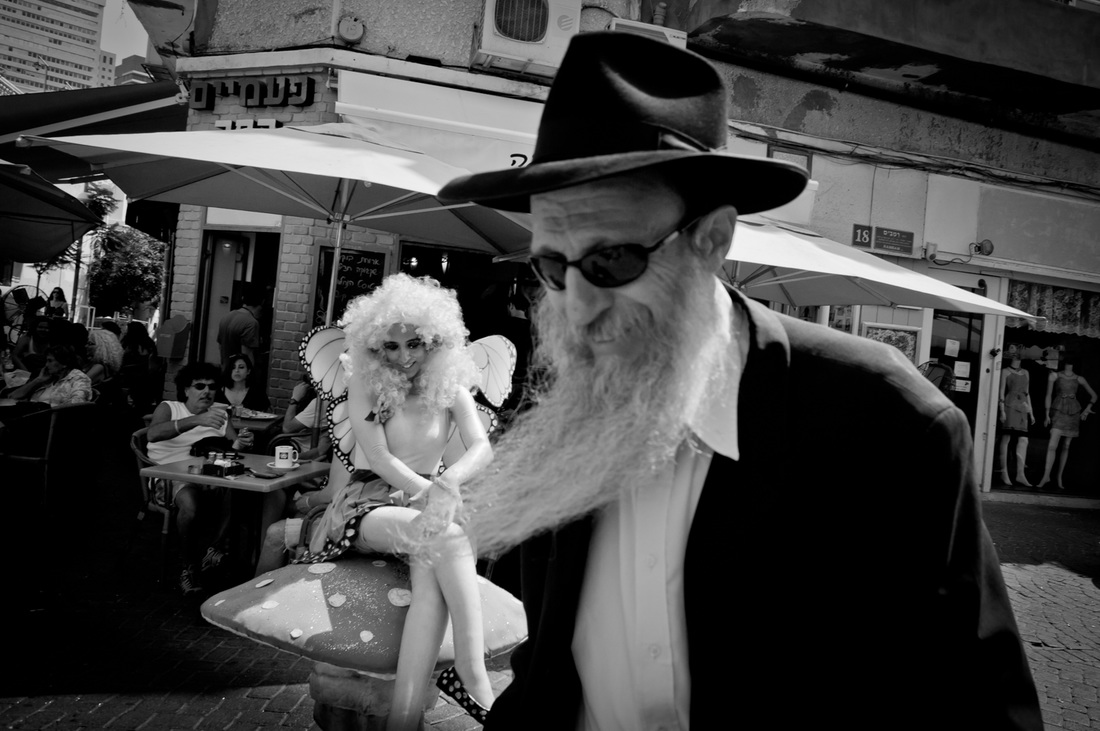 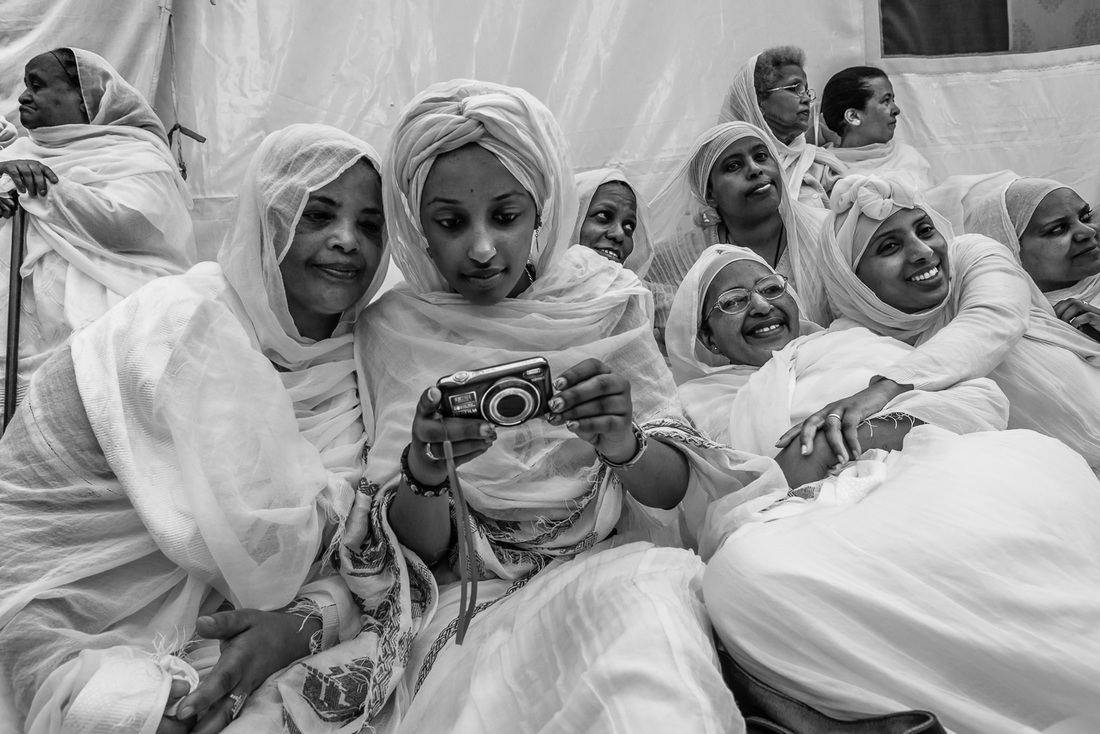 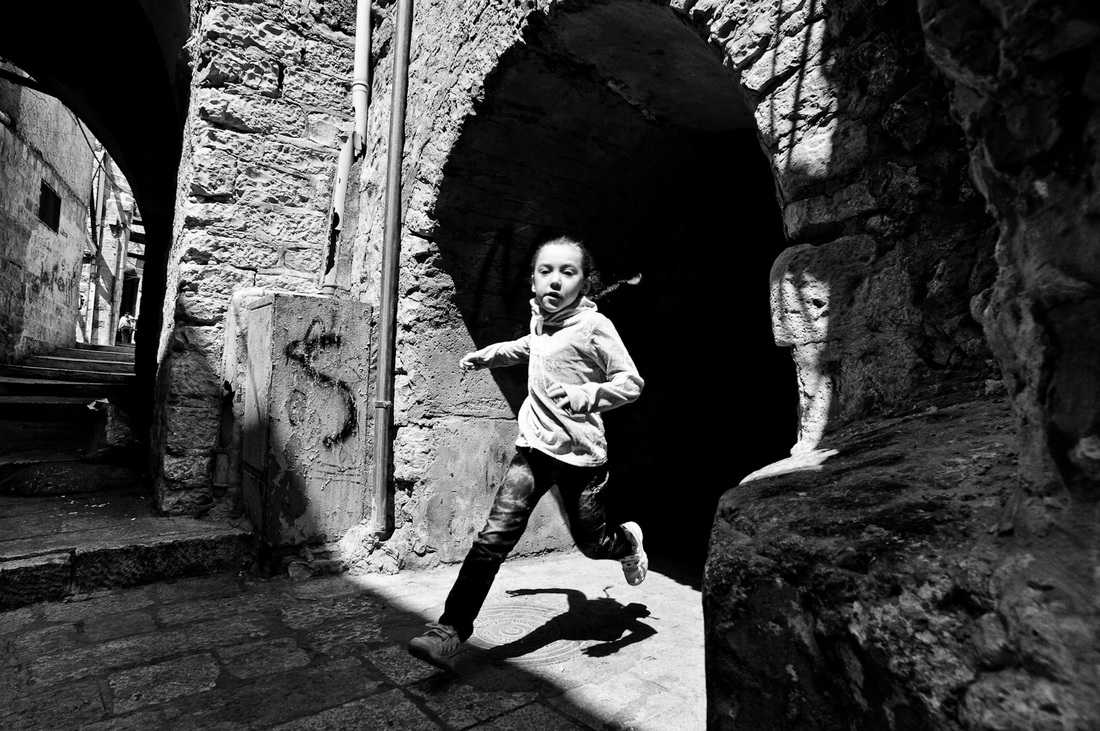 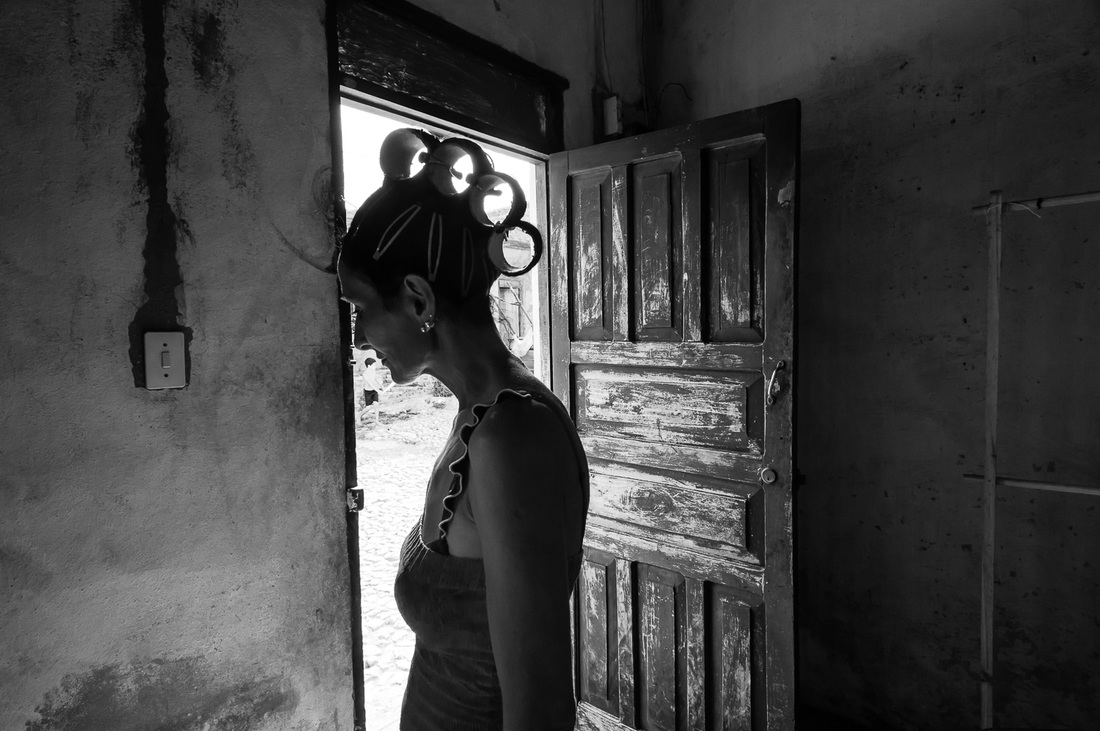 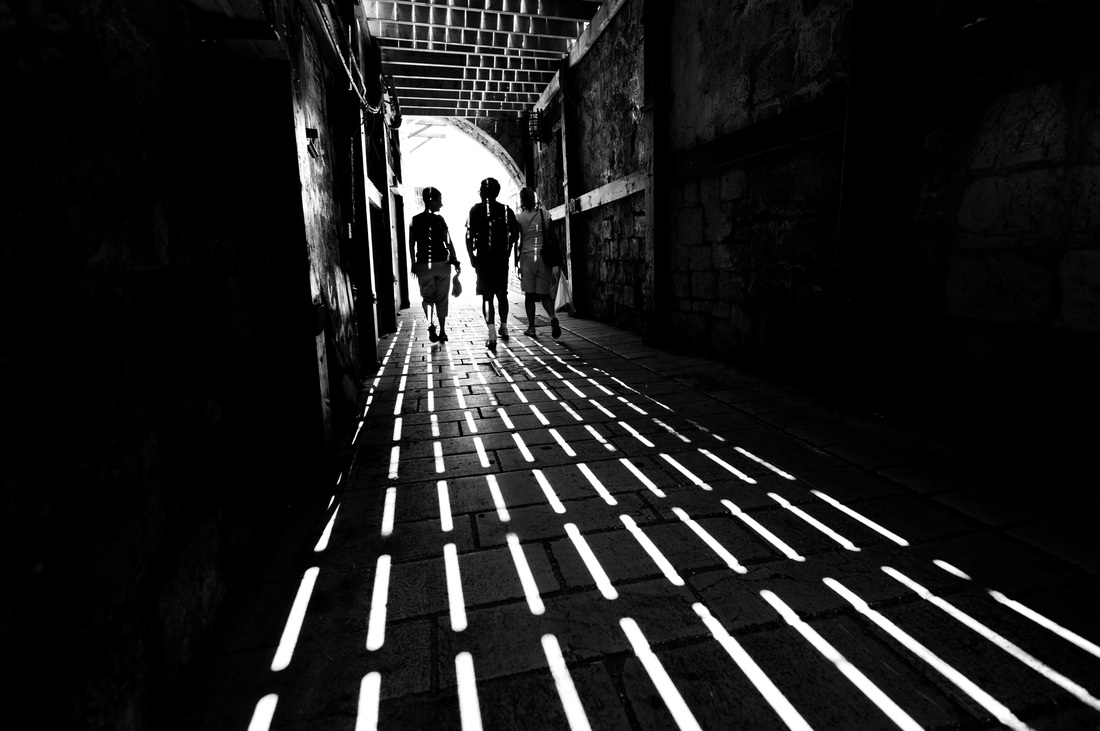 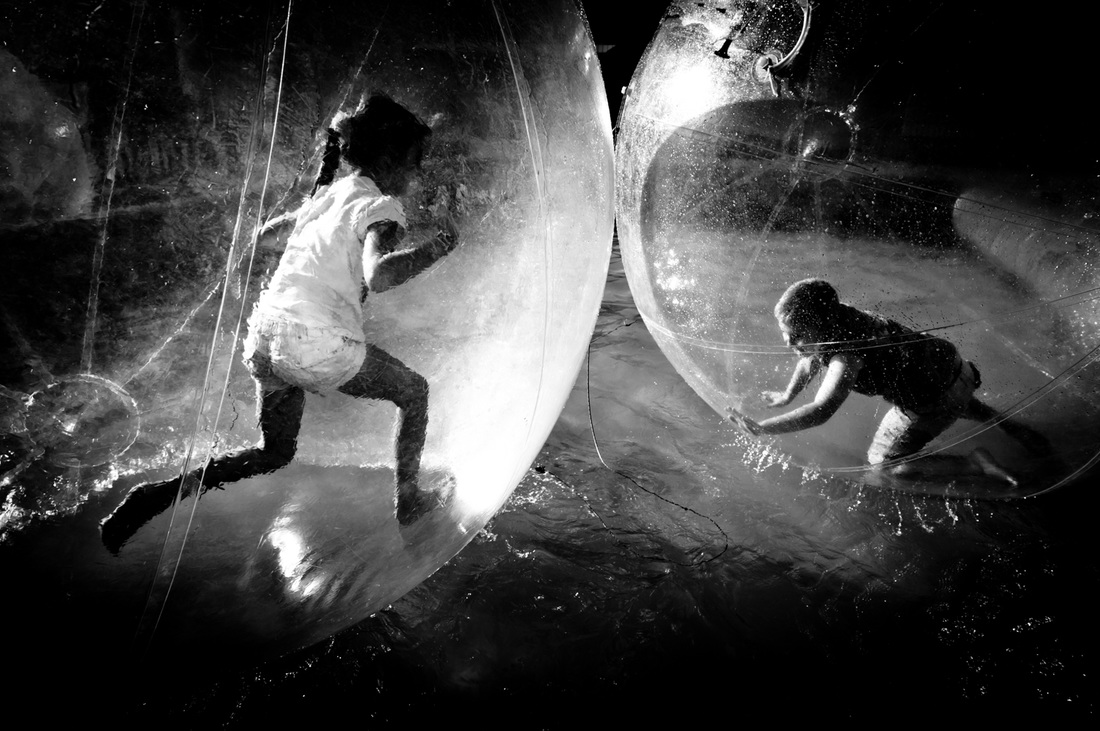 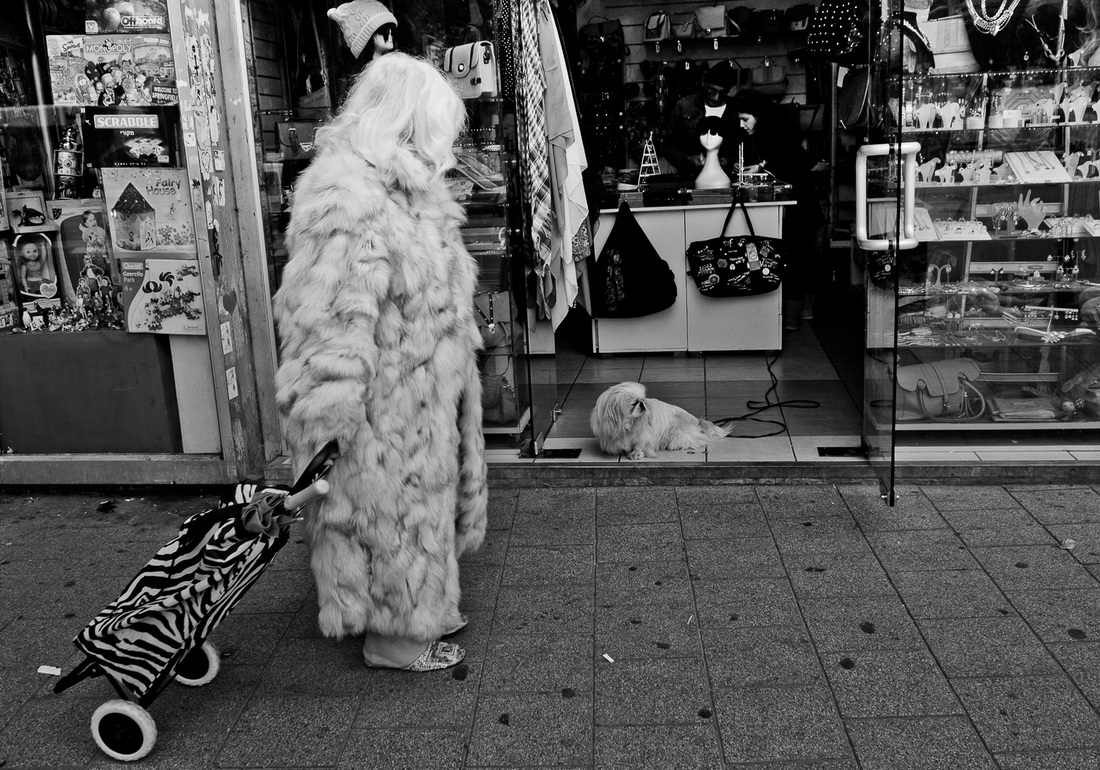 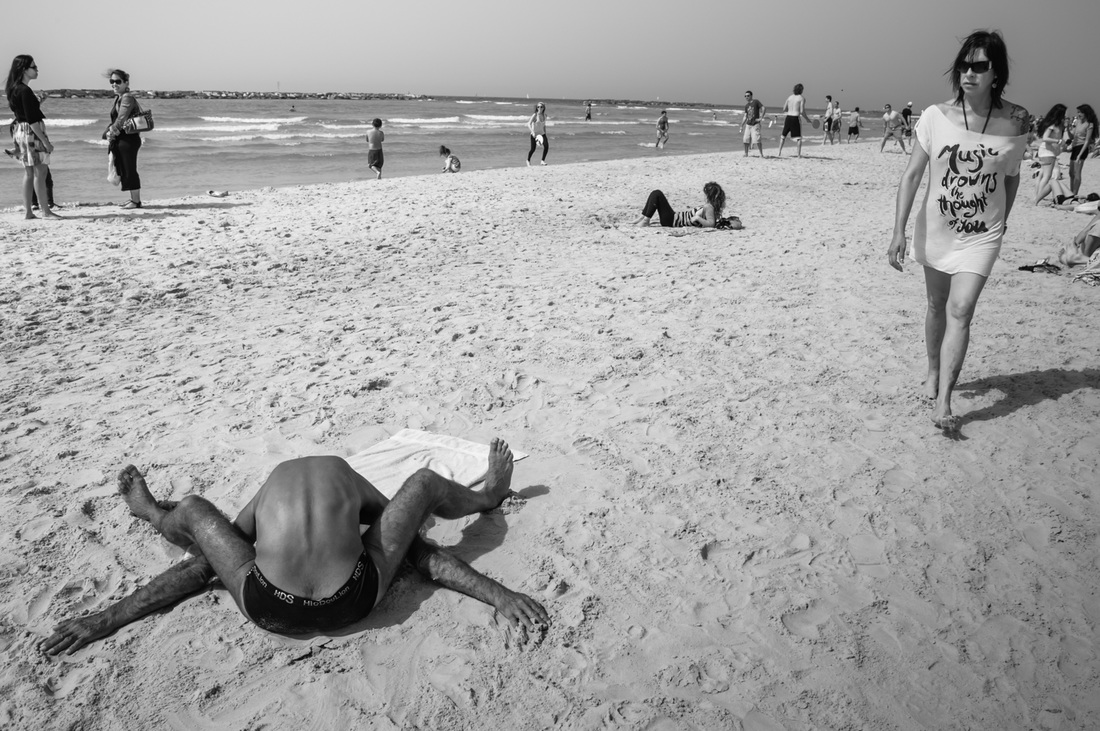 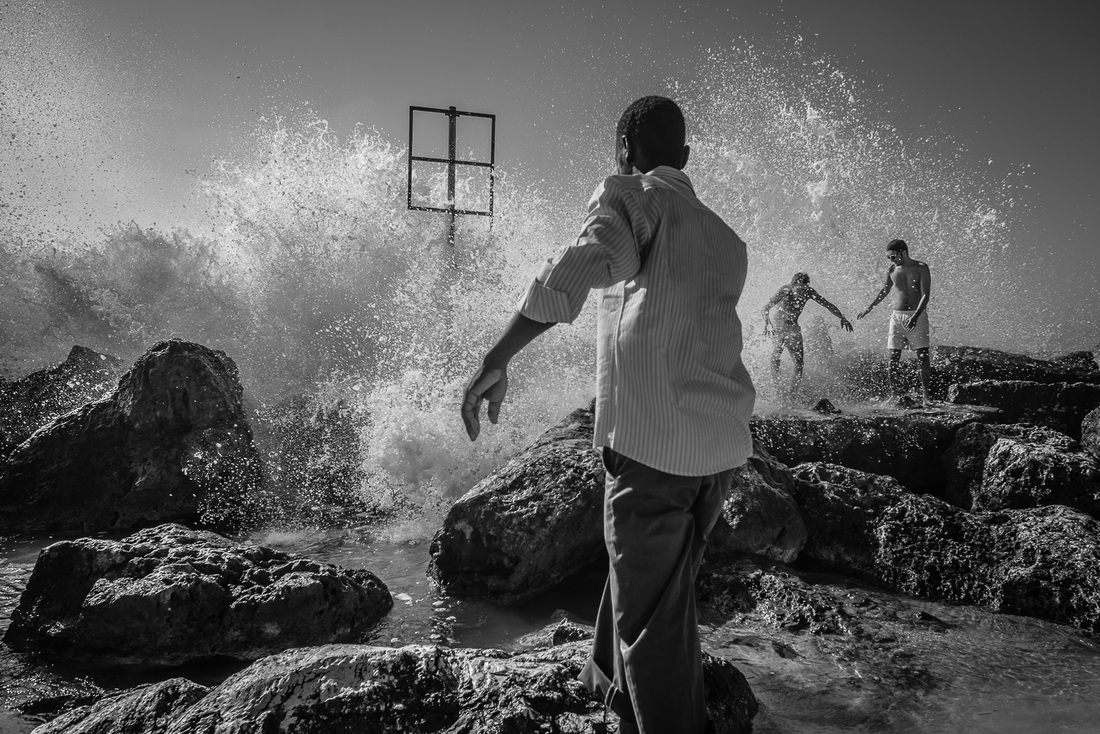 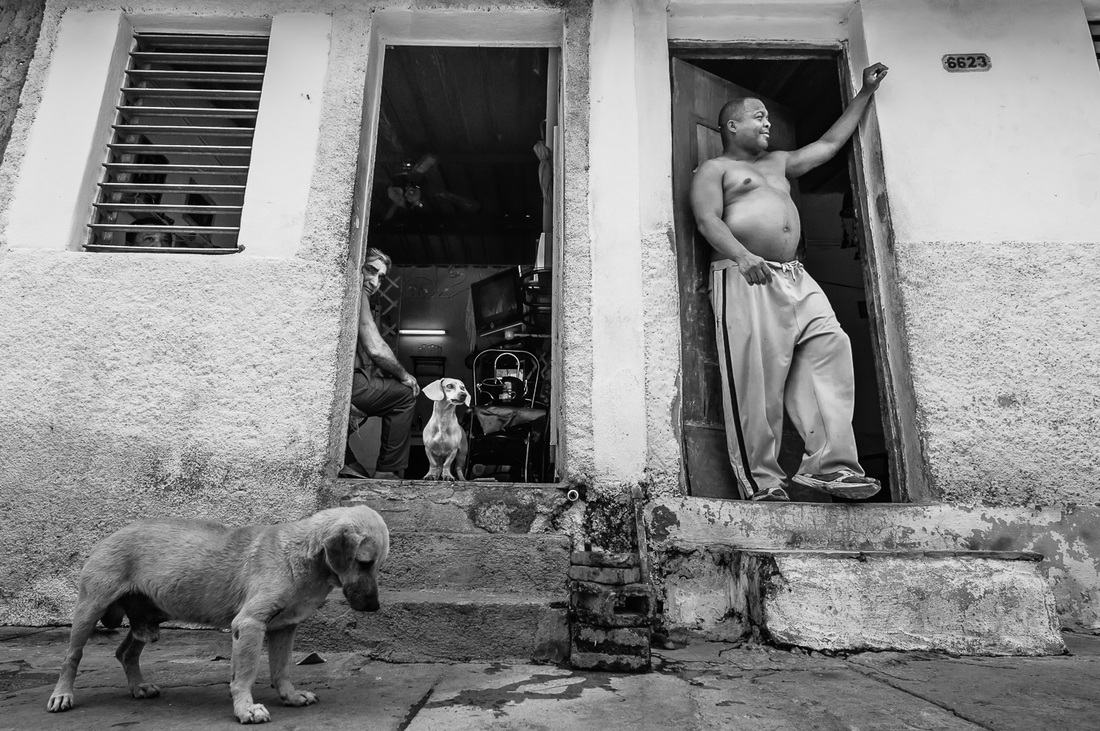 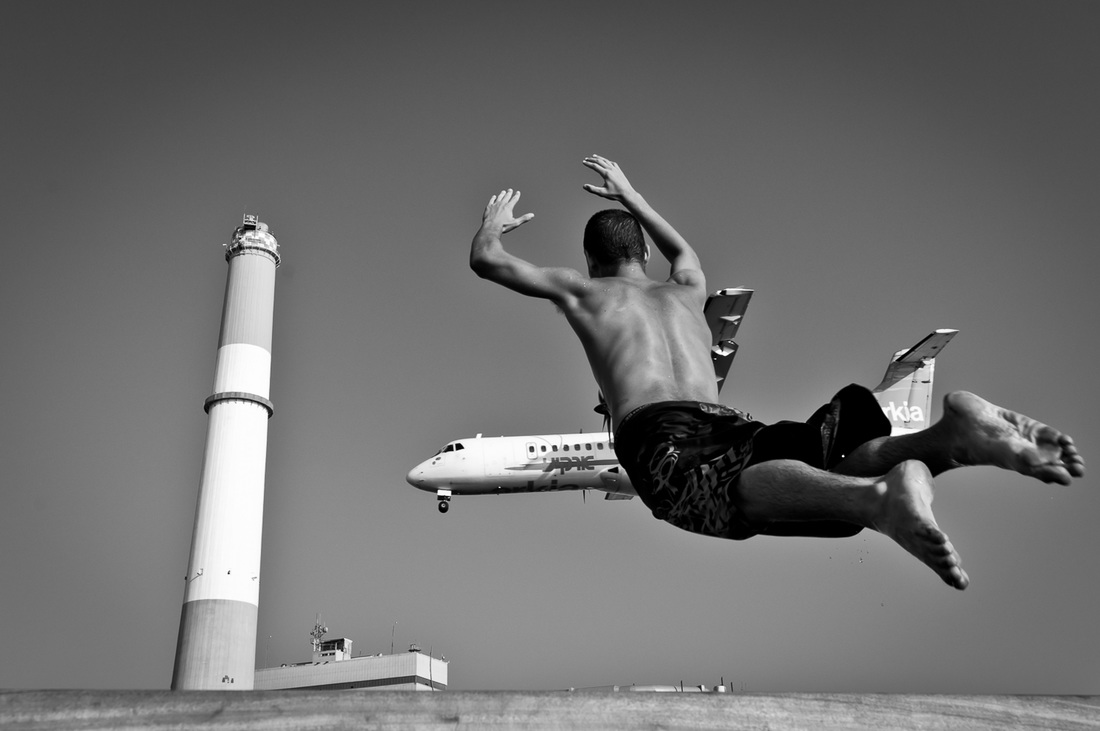 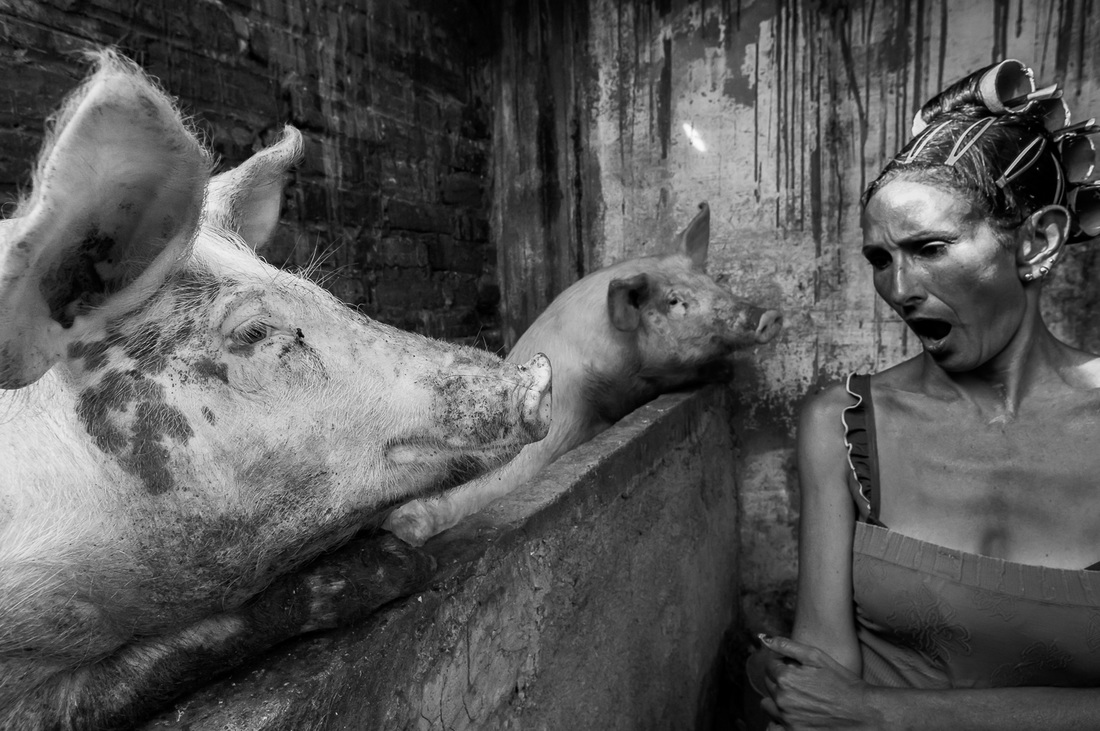 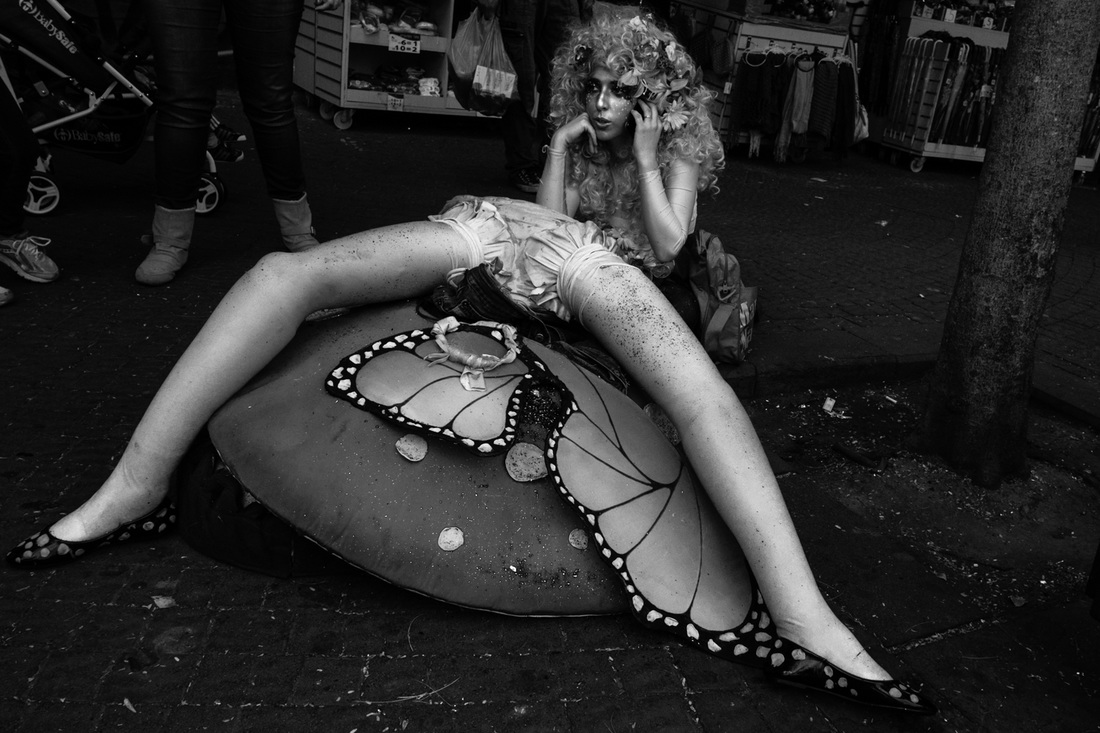 My name is Gabi (Gavriel) Ben-Avraham. I am 59 years old, and married with three children. I work in a software company and live in a quiet neighborhood of Tel Aviv, the city which I grew up in, have never left and is a part of me and my hobby – photography. I enjoy cinema and music, and during the 1980’s photographed using film cameras. I then did not touch a camera for 20 years until I received a digital camera as a gift for my birthday from my wife a few years ago. The rest is history….
Process Description: “The Street is not a Studio”.
Sometimes I stand and wait for things to converge – a cyclist, a dancer, a child – moving along. They are not aware that they are moving towards a certain object, but I am. Street Photography is my favorite way of looking at the world. My camera has become an integral part of me and I cannot imagine myself without it. Everywhere I go I take it with me thinking ‘maybe today will be my lucky day and I will take the photo of my life’. Via the camera lens I am constantly looking around me, searching for that ‘decisive’ moment that will never return, unless I catch it. When pushing the button, I try to make some sense, restore order to the chaotic scheme of things in the composition. The components ‘speak’ with each other in a special dialogue, either by color, shape, or light. Capturing the elusive, special moment after which things will never be the same and making it eternal – that is my goal. Forgotten, transparent people in urban surroundings are being granted their moment of grace. The shadows, fragile outlines, reflections within daily lives that are not noticed in the busy and thick urban landscape and sometimes are even crushed by it – these are precious to me. Those expressions, compositions – flickering like dim lights on the horizon – I treasure these before they are lost in time. I enjoy looking at other photographers’ works and am inspired by websites such as IN-public and Magnum.

I was involved into photography by my son in 2005 and passed not conventional way from digital to Analog photography.
Today i use both formats and even started to develop BW film at home. My interests in photography possible describe as “under construction” – i’m still searching what i love to photograph – Black and White, Street, Miksang, Portraits, Landscapes and to experiments with different gear. I love to bring some dramatic look to my works. Contrasts, Geometry, sometimes Emptiness and Melancholy are my best friends in this mission.

Born 1971 in Jerusalem, Israel, Elinor Carucci graduated in 1995 from Bezalel Academy of Arts and Design with a degree in photography, and moved to New York that same year. In a relatively short amount of time, her work has been included in an impressive amount of solo and group exhibitions worldwide, solo shows include Edwynn Houk gallery, Fifty One Fine Art Gallery, James Hyman and Gagosian Gallery, London among others and group show include The Museum of Modern Art New York and The Photographers’ Gallery, London.

Her photographs are included in the collections of The Museum of Modern Art New York, the Brooklyn Museum of Art, Houston Museum of Fine Art, among others and her work appeared in The New York Times Magazine, The New Yorker, Details, New York Magazine, W, Aperture, ARTnews and many more publications.

She was awarded the International Center of Photographyâ€™s Infinity Award for Young Photographer in 2001, The Guggenheim Fellowship in 2002 and NYFA in 2010. Carucci has published two monographs to date, Closer, Chronicle Books 2002 and Diary of a dancer, SteidlMack 2005. Carucci currently teaches at the graduate program of photography at School of Visual and represented by Edwynn Houk Gallery.

In winter of 2013/2014 Prestel publishing published her third monograph, MOTHER, portraying nearly a decade of her motherhood project. A solo show of this work was exhibited at Edwynn Houk Gallery in NYC in March 2014 and is currently up at MoCP Chicago.

“I may not remember people’s names or my mobile number but I remember this moment like it was yesterday. How the cold rain hit my back, the smell of the water from Angkor’s moat, the sound of the rain hitting the causeway. My favourite images are moments like that. I still remember every little detail surrounding my photos and I am thankful for that.”

I am amateur photographer from Israel. Photographing as my serious hobby began about 4 years ago. Before I bought my DSLR camera I used simple point-and-shot digital camera. I liked to make pictures of my kids, someday I wanted to make studio-like photographs, but unfortunately there was no nice photo studio in our small city and I started building self-made studio at my home?s attic. I have even made soft-boxes of industrial projectors) Very soon I understood that simple digital camera is not enough for me and I upgraded to more solid SLR; as well I have equipped my studio with real studio flashes. In parallel I interested in woman portrait, and made some progress in this. Eventually ? today making woman portraits is my primary direction in photography; and of cause I make pictures of my kids 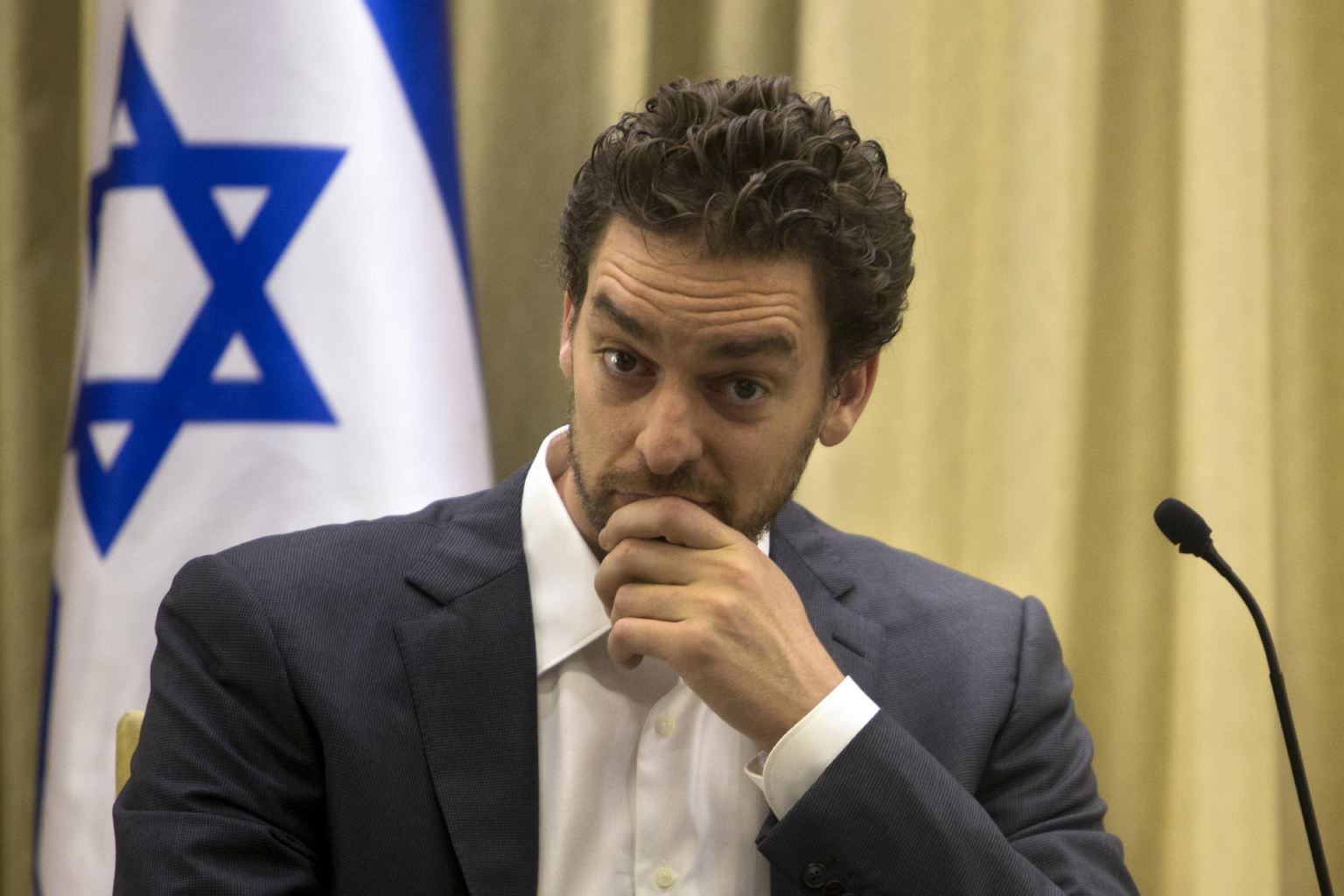